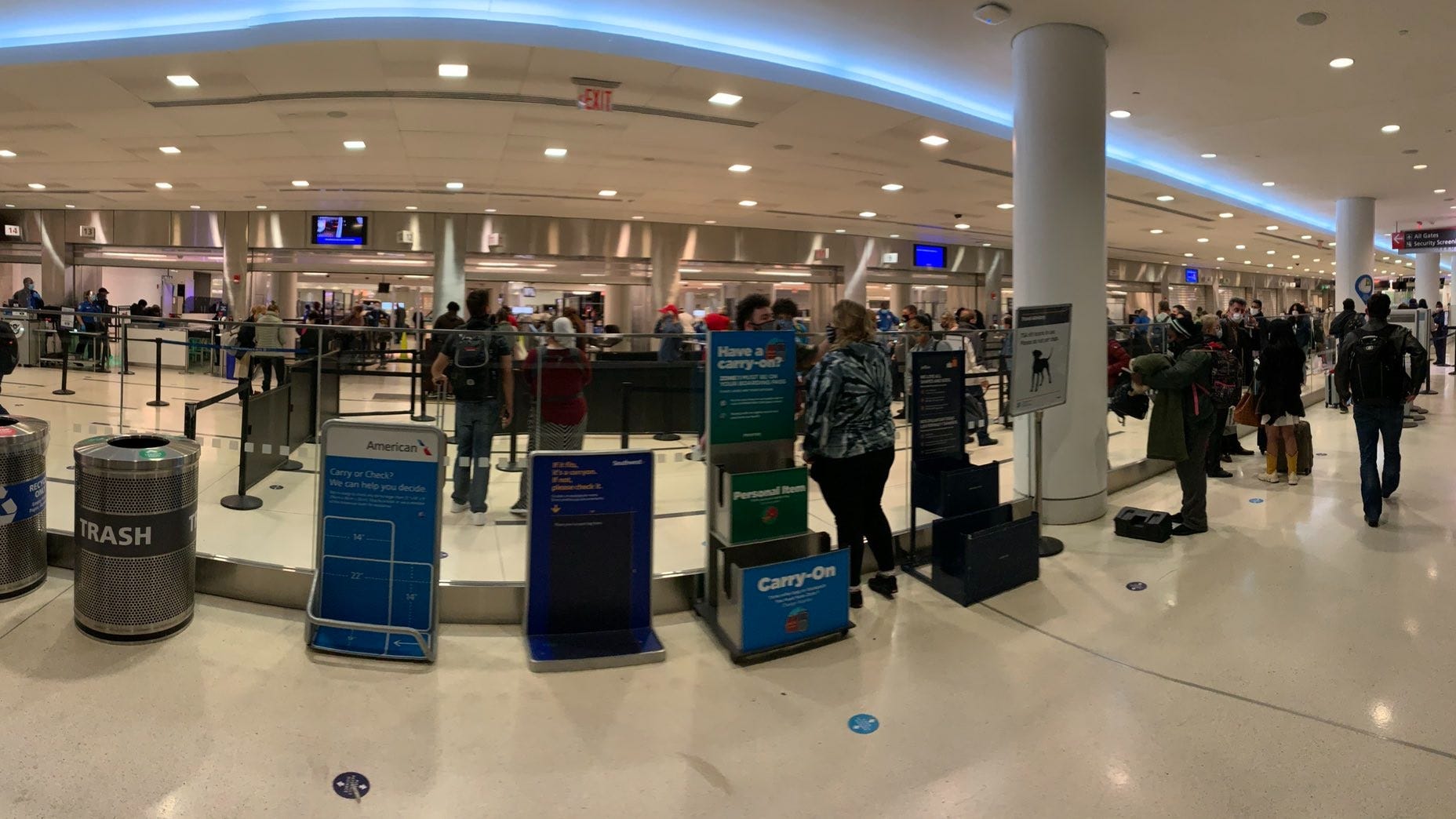 PHILADELPHIA (KYW Newsradio) — Health officials are emphasizing that people should not travel for the holidays because of the winter surge of coronavirus cases in the country. Many are taking that advice seriously, and others are still on the move.

According to the TSA, 1.19 million people were screened at U.S. airports on Wednesday. It’s the highest number or air travelers in one day since the pandemic started — 15,000 more people than the previous high, the Sunday after Thanksgiving.

On Christmas Eve, there was an early-morning rush for the first flights out of town at Terminals D and E at Philadelphia International Airport. But it was night and day compared to 2019.

TSA figures show a significant drop around the country, too. The 922,167 people screened in U.S. airports on Tuesday is less than half of the 1,981,433 screened the same day a year before.

One of those PHL travelers, Bethany Meachem, was on her way to Atlanta to see her son.

“My youngest son is on break from (Army) basic training, and I just want to hug him just for a brief minute,” she said.

As a health care worker, Meachem knows the risks all too well. But she says she has some peace of mind, having just gotten a vaccination.

“We’re still mindful of wearing our masks, social distancing,” she said. “And we’re always checking on each other with our symptoms. If it wasn’t safe, I wouldn’t do it.”

Health officials have advised against travel, but for those who won’t stay home, masking and distancing are essential. Some airlines send at-home testing kits to travelers ahead of time.

There’s a Covid testing site here in Terminal E. Especially helpful for those flying into town who can get screened after landing. pic.twitter.com/rtWEfzMLNL

There is a testing site, run by Jefferson Health, at Terminal E at PHL. Officials say since it opened on Dec. 4, an average of 60 people a week have gotten tested there.