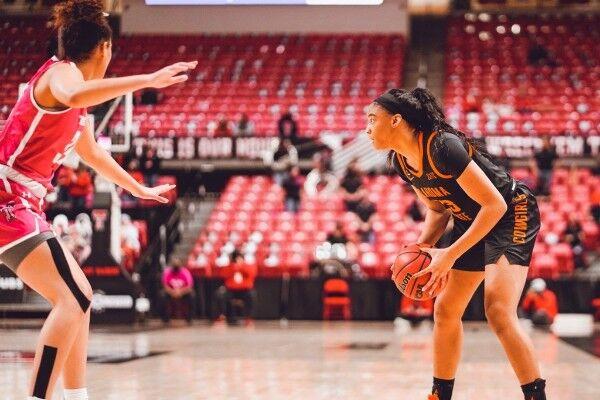 It’s been quite the road trip for the Cowgirls.

The team flew to Austin, Texas, last Tuesday for a game against the Texas Longhorns. Instead of returning home after that game, the Cowgirls spent the night in Austin and hopped on a bus to Lubbock to prepare to face the Texas Tech Lady Raiders on Saturday afternoon. The trip concluded early Sunday morning with an eight-hour bus ride back to Stillwater.

With about 21 hours of combined travel, the biggest blizzard the Midwest has seen in years and five straight nights away from home, it was a grind for the Cowgirls.

“This has been a tough road trip. The weather, everything that has gone on, I’m proud of our kids for being tough minded,” coach Jim Littell said.

The first game of the trip was rough for the Cowgirls, a 63-54 loss to Texas. They responded well, however, with an 81-66 victory over Texas Tech, to complete the series sweep of the Lady Raiders.

“(OSU forward Tasha) Mack came up huge again (against TTU). I thought she was really ready to play and (there were) two or three people around her all night long,” Littell said.

The Cowgirls will have plenty of time to digest their win and turn their minds to their next opponent, Kansas State, on their journey North of the Red River.

K-State is coming off its first Big 12 victory, a 77-66 defeat of bitter rival Kansas in the Sunflower Showdown. In their first meeting, OSU beat K-State by 14 in a game when OSU point guard Ja’Mee Asberry scored 21 points.

The rematch will tip off at 7 p.m. Wednesday night.

“I’m excited to get back, get these kids some rest and finish the season in a positive fashion. We need a good crowd, the staff is doing a good job safety wise, we would love to have a good crowd in there for Wednesday night,” Littell said.