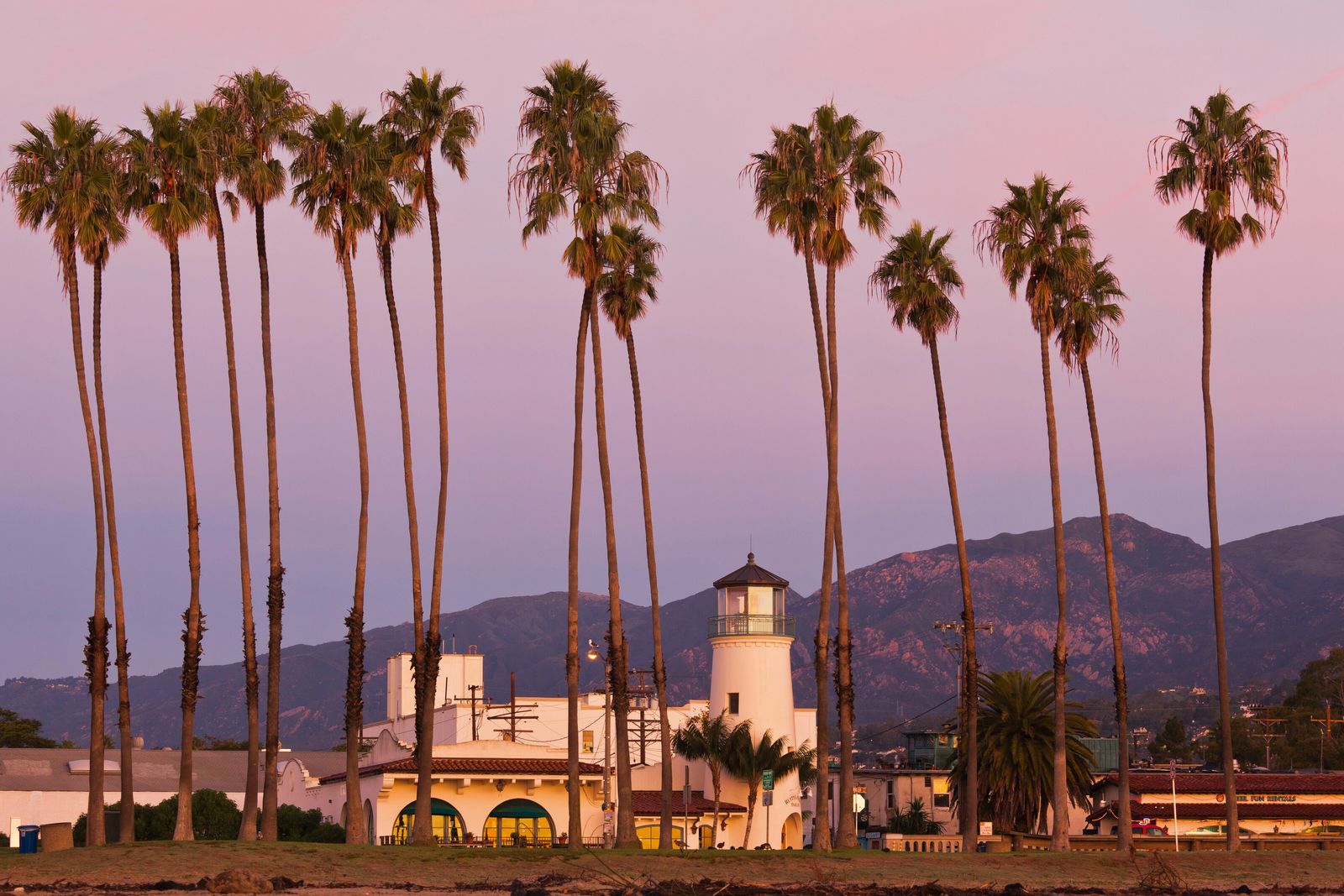 “Santa Barbara doesn’t do chain restaurants — that’s not our jam,” says Tara Jones Haaf. “Downtown has about 400 restaurants, and pretty much all of them are family-owned.”

The establishment we’re hovering outside isn’t open yet, but Tara has connections. On her Eat This, Shoot That tour she shows guests her favourite places to eat, offering food-photography tips and samples along the way. All our stops are in the Funk Zone, a district squeezed between the ocean and Highway 101, where once-derelict warehouses have evolved into restaurants, bars, boutiques and flats.

Many of these former industrial buildings initially sprang up to serve the nearby train station, but as transporting goods by rail became less common, they fell out of use and artists moved in, attracted by cheap rents.

A few decades ago, says Tara, the neighbourhood was considered “sketchy”, and the air was filled with the odour of the local fish market, putting the ‘funk’ into the Funk Zone. The market has since moved, but Santa Barbara’s strong seafood culture remains. The waters of California’s Central Coast are rich in everything from salmon and rockfish to abalone and sea urchins, dished up in harbourside seafood shacks as well as fine dining restaurants.

Tyger Tyger, which shares its pink paper lantern-bedecked space with an ice cream parlour and a coffee shop, uses local seafood in its Southeast Asian-inspired dishes. Sitting out on the terrace, we’re brought plates of huge summer rolls. But before we can take a bite, Tara shows us how to capture the perfect picture for Instagram. Slightly over-exposing the photo (which I’m surprised to learn can be done on a phone) makes the dish look brighter and more tempting, she says, as does a sharp focus: “When you get in nice and close, you’re telling the camera you don’t want it to focus on anything else,” she tells us as we all wait for our smartphones to self-adjust.

We spend the rest of the tour meandering across the Funk Zone, which, despite rapid gentrification, retains its creative spirit. There are several galleries and artists’ workshops, and it’s the only part of the city where street art is legal. We pass murals of people, animals and abstract designs, some long- standing, some more recent. “One of the coolest things about the Funk Zone is that it’s constantly shifting and changing, art-wise,” Tara says.

Over the next few hours, we make seven stops, gradually filling our bellies at places including Mony’s Mexican Food, another family-run joint, which Tara bills as having “the best salsa bar in town”. On the deck outside the compact taqueria we tuck into beautifully soft, shredded chicken served on delicate corn tortillas and — in my case — loaded up with spicy habaneros, and tangy pineapple and pepper salsa. We drink — and photograph — blonde beer at the father-and-son-owned Figueroa Mountain Brewing Company (“You want to backlight your beer to illuminate it”), and round things off with ice cream at McConnell’s, which has been in business since 1949.

Shortly after my visit, Tyger Tyger sadly closes permanently as a result of the pandemic, and with food that tasty, I’m sure I won’t be the only one mourning its loss. Then again, the Funk Zone will never be short of places to eat.