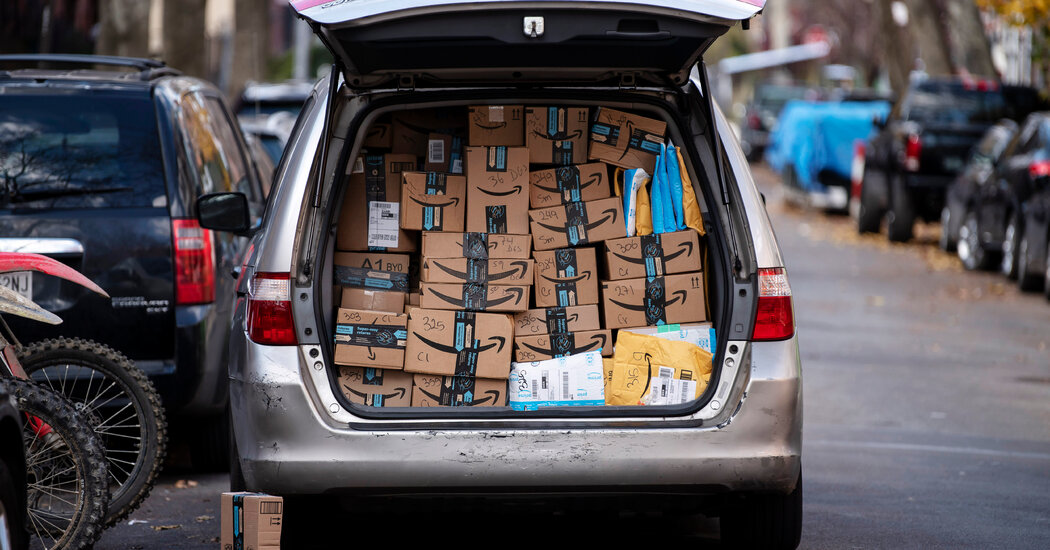 Amazon agreed on Tuesday to pay $62 million to the Federal Trade Commission to settle charges that it withheld tips to delivery drivers over a two-and-a-half year period, in a case that highlights the federal government’s increased interest in gig-economy workers.

The F.T.C. said in an announcement that Amazon had promised its Flex delivery drivers that they would receive 100 percent of all customers’ tips. But starting in 2016, the F.T.C. said, Amazon secretly lowered the hourly delivery wages, which were advertised at $18 to $25, and tried to mask the smaller wages by using customer tips to cover for the smaller hourly pay. The net effect was that the contract workers received smaller overall take-home pay, the agency said.

The practice wasn’t disclosed to drivers but the Flex drivers noticed the compensation reductions and began to complain. Amazon stopped the practice in 2019, after it became aware of the F.T.C.’s investigation, the agency said. The company settled without admitting wrongdoing.

“Rather than passing along 100 percent of customers’ tips to drivers, as it had promised to do, Amazon used the money itself,” said Daniel Kaufman, the acting head of consumer protection at the F.T.C. “Our action today returns to drivers the tens of millions of dollars in tips that Amazon misappropriated, and requires Amazon to get drivers’ permission before changing its treatment of tips in the future.”

Flex workers are classified by Amazon as independent contractors and often use personal vehicles for deliveries of the company’s Prime Now and AmazonFresh items. Customers can give a tip to delivery drivers on the checkout page.

Amazon is facing greater regulatory scrutiny overall. The Seattle company is under investigation for antitrust violations amid growing concerns from lawmakers and regulators about the power of the big tech companies.

The case also illustrates greater bipartisan scrutiny over Big Tech’s treatment of contract workers, who are a growing portion of Amazon, Google and Facebook’s workforces.

“Amazon is one of the largest and most feared corporate empires on the planet, and it is critical that global regulators carefully scrutinize whether the company is amassing and abusing its market power through unlawful practices,” Rohit Chopra, a Democrat and a commissioner, said in a tweet about the settlement.

Amazon said in a statement that its pay for contract workers was among the “best in the industry.”

“While we disagree that the historical way we reported pay to drivers was unclear, we added additional clarity in 2019 and are pleased to put this matter behind us,” it said.