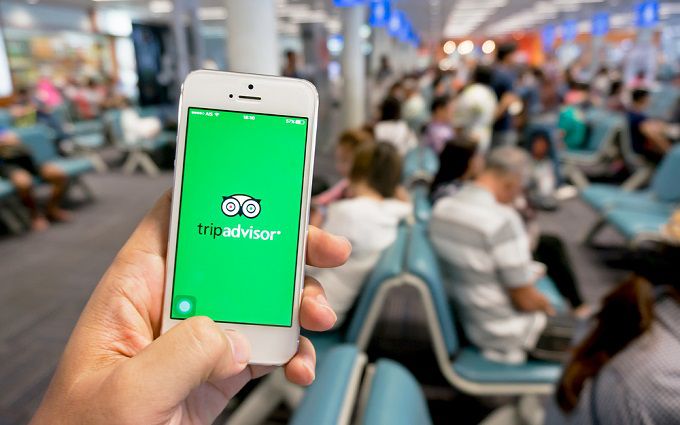 Yelp Inc. (YELP) reports fourth quarter 2020 earnings after Tuesday’s closing bell, while TripAdvisor, Inc. (TRIP) steps to the plate next week. Both review sites have worked their way back to pre-pandemic highs in recent months, even though millions of folks are still eating three-course dinners out of plastic boxes and haven’t seen the inside of an airplane for a year or more. As a result, these issues may now be overpriced, exposing them to strong sell-the-news reactions.

Three vaccines are slowly working their way around the planet, while two new applicants should get approval in the next few weeks. Even so, the normalcy expected by many analysts during the summer travel season may be too optimistic, undermining Yelp and TripAdvisor income for the second year in a row. In addition, COVID-19 will leave behind trust issues and emotional scars, potentially keeping many folks out of restaurants and off airplanes until at least 2022.

Both portals rely on advertising revenue that is still well below 2019 levels. They also book income through cross-selling, capturing commissions when contractors, restaurants, and travel are booked through their sites. Heavy competition limited that income stream before the pandemic, as well as a growing backlash due to deceptive pricing. Food delivery services are running into similar issues right now, with restaurants offering discounts for direct orders.

These stocks were laggards prior to the pandemic, topping out in 2014 and entering declines that were still in force in February 2020. That’s reason enough to act cautiously ahead of earnings, when these companies are expected to report another quarter of shrinking revenue. Wall Street has baked this uncertainly into Yelp’s “Hold” rating, based upon three “Buy,” six “Hold,” and two “Sell” recommendations. In addition, the stock is trading less than $2 below the Street-high $37 target.

A laggard is a stock or security that is underperforming relative to its benchmark or peers. A laggard will have lower-than-average returns compared to the market. A laggard is the opposite of a leader.

The stock broke 2019 support near $30 in March 2020 and plunged to an all-time low at $12.89. It just completed a round trip into the January 2020 high and is trading above the 200-week exponential moving average (EMA) for the first time since 2018. However, the uptick is likely to fade around this level, giving way to profit-taking and a more sober view of the fiscal year 2021 outlook. At a minimum, that could generate a decline back to the 200-day EMA at $27, closer to Wall Street’s median price target.

A double top is an extremely bearish technical reversal pattern that forms after an asset reaches a high price two consecutive times with a moderate decline between the two highs. It is confirmed once the asset’s price falls below a support level equal to the low between the two prior highs.

Yelp and TripAdvisor shares have returned to pre-pandemic levels, but it could be months or longer before restaurant and travel bookings fully rebound.

Disclosure: The author held no positions in the aforementioned securities at the time of publication.