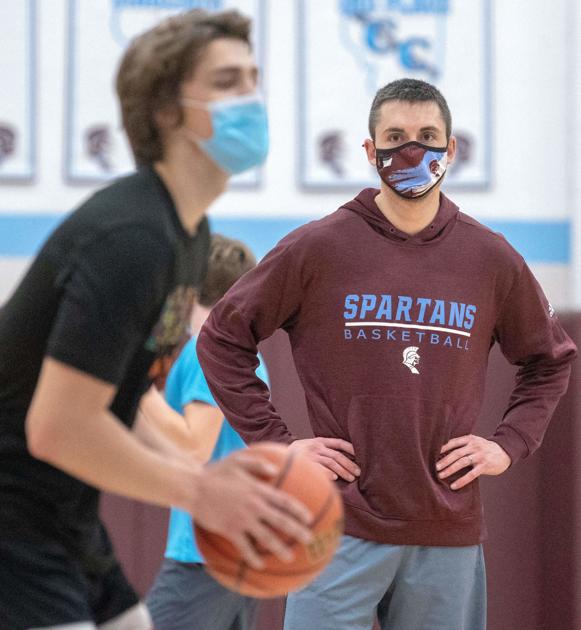 Justin Bozarth’s cell phone might quiet down a bit by Thursday morning.

Because on Wednesday evening, the Tuscola boys’ basketball coach seemingly couldn’t go a minute without a phone call, text message or other notification popping up.

It’s all good, though. News of Wednesday afternoon’s decision by the Illinois High School Association to unveil a condensed and revised sports calendar for 13 area sports during the rest of the pandemic-abbreviated 2020-21 school year traveled fast.

So fast in Douglas County that Bozarth’s team already has a game scheduled. For Friday night.

Arthur-Lovington-Atwood-Hammond will make the short drive to the Warriors’ home gymnasium, helping tip off high school sports in our area in 2021. On Saturday afternoon, the Tuscola girls’ basketball team is set to host Villa Grove/Heritage. And so the scheduling wheels start to turn.

“The wild part is two weeks ago, I thought there was no chance of any games,” Bozarth said. “Now, in less than 48 hours, we’re going to play a game.”

Yes, games and events are back on in high school athletics in Illinois. For a multitude of sports. Basketball games can tip off once a team has had seven practices. Same with boys’ swimming and diving meets.

At least for those high schools that are in Phase 4 of the COVID-19 mitigations set forth by the Illinois Department of Public Health. Region 6, which encompasses The News-Gazette’s coverage area, is currently in Phase 4.

“Our kids have been jacked up since last week,” Tuscola football coach Andy Romine said. “I’ve been fielding questions from our kids every day. They’re ready to go. But my biggest fear is that this thing rolls back from Phase 4 and you pull the rug out from kids. That is my greatest concern.”

Understandably so since the high school football season didn’t happen last fall. Spring football is in the mix this school year, instead, with practices to begin March 3. The first games are scheduled to kick off March 19, setting the stage for a six-week season ending on April 24.

“Six games is a heck of a lot better than what we were looking at exactly 10 days ago,” Romine said. “I’ve said all along if spring sports go into the summer, it’s going to change our summer. That’s definitely worth it for the seniors who are going to graduate here in a couple months.”

With wrestling classified as a higher-risk sport, the IHSA moved it to a later start date in the calendar last fall. Which is what veteran Mahomet-Seymour coach Rob Ledin wanted, with his Bulldogs getting the chance to have a season from April 19 through June 12, like every other high school wrestling program in the state whose region is in Phase 4.

What he didn’t want to end up happening is no state series in wrestling. Which is what the IHSA decided on Wednesday for wrestling, boys’ basketball, girls’ basketball, football, volleyball, boys’ soccer and boys’ swimming and diving. No state champions will be crowned in Champaign, the site of eight state football title games at Memorial Stadium, four boys’ basketball state championship games at State Farm Center and all three classes of the individual wrestling state finals at State Farm Center.

“Mentally, for our program, we’re fighting for a regional title every year and our kids dream of going to state, so it’s going to weigh on them a little bit,” Ledin said. “I was disappointed to see that aspect. Having that carrot at the end gives certain kids a drive. Yeah, they’ll be happy to compete, but it would have been nice to have at least a regional.”

“Does that possibility exist? Yes. Is it a long shot? Yes,” IHSA Executive Director Craig Anderson said. “I don’t know we’re going to get to a position yet this school year that will allow our board to make that decision based upon the limitations we’re currently under. I truly think we’ll have to be in Phase 5.”

Masks will be required for athletes except in boys’ swimming. It’s an aspect teams are still getting used to.

“The masks are tough,” said Kiel Duval, St. Joseph-Ogden’s boys’ basketball coach who oversaw practices on Monday and Wednesday for the Spartans. “We’ve had to take way more breaks because they’re sucking in sweat and they’re sucking in hot air non-stop. It’s a tough situation, but they know this is what they signed up for.”

What about high school athletes who signed up to play on travel or AAU teams? The IHSA said Wednesday girls’ and boys’ basketball players will “need to cease non-school team participation within seven days of their first high school game.”

“Hopefully, they would do it immediately — I think they should — but, at maximum, they’d have seven days to terminate their activities with their non-school team, which would include traveling out of state to play,” Anderson said.

Champaign Central baseball coach John Staab, whose son Blake is a junior at St. Thomas More and plays soccer, basketball and baseball, said he is concerned about high school students picking their AAU or travel program over their high school team.

“How am I going to tell kids you can’t travel to a showcase and play an abbreviated season instead?” Staab asked rhetorically. “From that standpoint, I hope most kids play with their high school programs, but you can certainly see why they could go play with their AAU or travel teams, too.”

Issues will likely surface during the coming days, weeks and months in trying to figure out how to restart high school sports amid a pandemic and keep the environments safe enough to continue. But it’s an issue many area coaches are willing to grapple with. While also dealing with other tasks that, pre-pandemic, would have seemed like a minor blip.

“The funny thing is our Hudl subscription that we use every year for our film and video, I had not paid my renewal subscription,” Bozarth said with a laugh, two days before his Tuscola boys’ basketball team hosts ALAH in an unexpected season opener. “It just got unlocked Wednesday, so there’s hardly been any preparation from an X’s and O’s standpoint. But the kids have been held back for so long, our thought was let’s go play some games and give the kids an opportunity. We’re just excited to go out there and have fun again.”