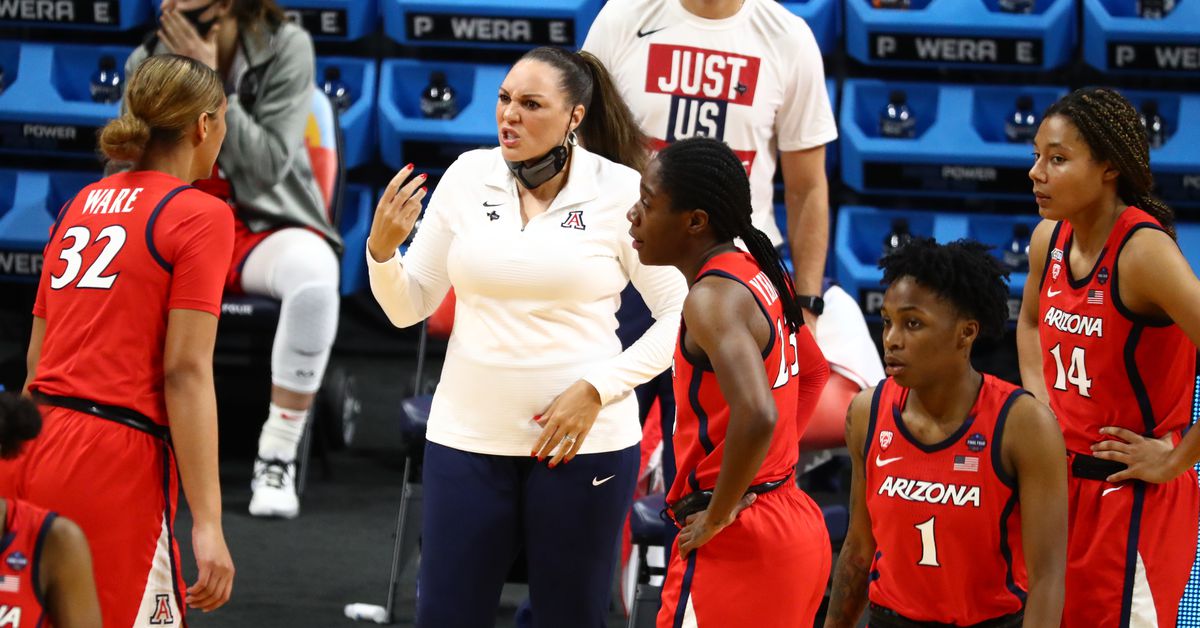 Arizona women’s basketball put its finishing touches on its pre-conference schedule last week. Now, the Pac-12 has done the same with the conference schedule. The Wildcats released their full 2021-22 slate on Tuesday including dates and times for all Pac-12 games.

Including both pre-conference and conference match-ups, Arizona will play 13 games against nine different opponents who went to the 2021 NCAA Tournament. Five of those games will be held in McKale Center. Overall, the Wildcats will play 18 home games including two exhibitions.

Conference play will tip off over New Year’s Day weekend. The Wildcats travel to USC on Friday, Dec. 31. Two days later, they will go to Westwood to face UCLA.

The Wildcats will miss out on a home game against Stanford this season. Last year’s national champions and national runners-up are scheduled to play just once during the regular season. That game will be played in Maples Pavilion and aired on ESPN2.

Other changes to the schedule include the shifting of the Arizona-ASU match-ups. For the past few years, those games have been played during different weeks. This season, they will be played on the same weekend, a practice that last happened in the 2017-18 season. The Wildcats will travel to Tempe on Friday, Feb. 11. The Sun Devils make the return trip to Tucson on Sunday, Feb. 13.

The visit from ASU is in the middle of a favorable stretch for Arizona to wrap up the season. The Wildcats play eight games in the month of February without having to leave the state of Arizona. Their game in Tempe on Feb. 11 is their only trip away from McKale Center. The regular season ends with five straight home games.

Games in italics are neutral-site games.