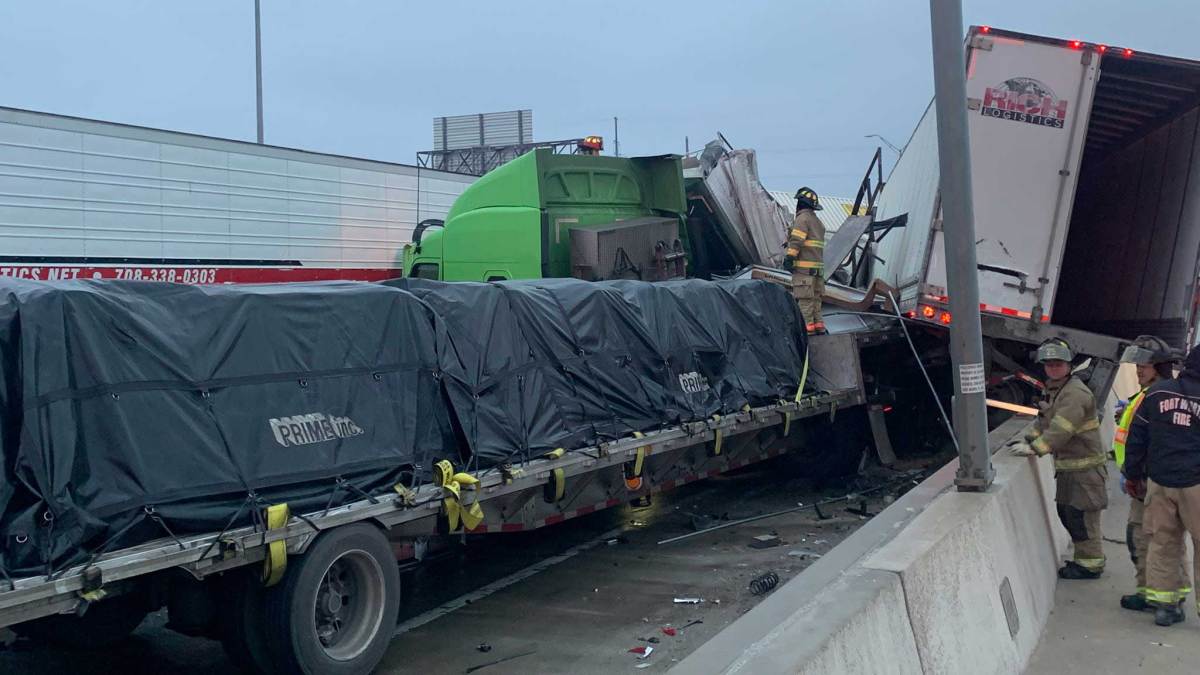 At least eight people have died in highway crashes across North Texas after a cold front brought overnight sleet and made for treacherous driving conditions early Thursday morning, authorities say.

A Winter Weather Advisory is in effect through 12 p.m. Thursday for much of the Dallas-Fort Worth region.

Dozens of North Texas school districts are either closed, opening late or going to virtual learning Thursday due to the possibility of dangerous roads. Click here for the full list of closures.

Five people are confirmed dead and dozens more injured in what firefighters are calling a “mass casualty incident” unfolding on Interstate 35W just north of downtown Fort Worth, where at least 100 vehicles collided and left drivers trapped, first responders say.

Mike Drivdahl with the Fort Worth Fire Department said firefighters were going car-to-car, looking for people in need of medical care at the scene near 28th Street.

At least five people have died in the pileup and 36 hospitalized as of 10:25 a.m., MedStar Mobile Healthcare spokesman Matt Zavadski confirmed in a phone interview on NBC 5 and later confirmed by Fort Worth police and fire officials.

As many as 100 cars are estimated to be tangled in the pileup, Zavadski said. Authorities say it will “take a lot of time” to clear the damage and are asking people to stay home if possible.

“If you don’t have to get out, please don’t get out,” Drivdahl said in a live phone interview on NBC 5. “We have a lot of emergency crews doing a lot of work. The last thing we need is people who don’t need to be out getting into any type of accidents.”

Rescue crews faced slippery conditions and used anything they could — sand, salt and kitty litter — to melt the ice as they triaged patients injured in the crash, Drivdahl said.

A family reunification location was set up for families to pick up and meet drivers or passengers involved in the pileup. The location is the Riverside Community Center at 3700 East Belknap Street.

Emergency crews in Fort Worth are working to rescue drivers from what firefighters are calling a “mass casualty incident” along Interstate 35W, where icy road conditions caused drivers to lose control and collide early Thursday morning.

In Dallas, one person died in a multi-vehicle pileup at about 11:17 p.m. on southbound Interstate 45 at Lamar Street, police said.

Shortly before 1 a.m., two people were killed and a third was hospitalized in critical condition after a crash along Interstate 45 at Illinois Avenue, police said.

Further information was not immediately available.

Police say there have been multiple crashes reported overnight, with some involving serious injuries and damage to city vehicles.

By 7:30 a.m. in Arlington, emergency crews have responded to a total of 82 crashes since 10 p.m., a police spokesman said.

Most of the crashes have occurred on bridges and overpasses where people are driving too fast for the weather conditions, the spokesman said.

Be sure to follow NBC 5 Meteorologist Samantha Davies and NewsRadio 1080 KRLD-FM on Twitter for up-to-the-minute, hyperlocal traffic updates every morning.

Check back and refresh this page for the latest information.