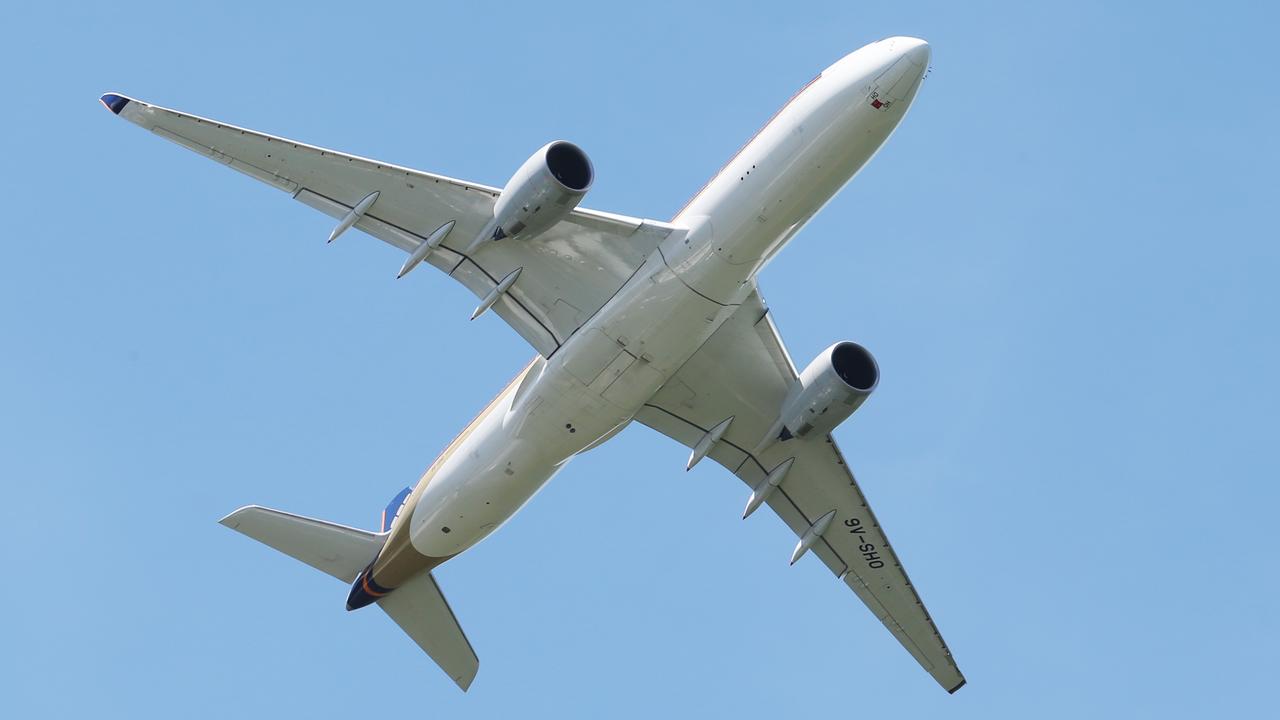 Despite all eyes on the international travel ban lifting by Christmas, foreign airlines say overseas tourism is unlikely to resume for a very simple reason.

Despite the federal government flagging international travel bans could be lifted in a matter of weeks, foreign airlines have shut down hopes of overseas travel by Christmas.

As some states, namely NSW and Victoria, move towards a seven-day home quarantine plan for international travellers — the Prime Minister is set to announce an end to international border closures.

NSW is likely to be first cab off the rank with flights overseas and the Victorian premier is also in talks with the PM over international travel bans lifting.

It’s a move that is expected to trigger a dramatic increase in Qantas flights to and from Australia before Christmas, but some other airlines say there’s too much uncertainty surrounding quarantine requirements and vaccine passports to reopen in December.

As a result, the Board of Airline Representatives of Australia (Bara) — who represent foreign airlines such as Emirates, Singapore and United — said securing tickets could become a big hurdle for Aussies.

Because the home quarantine plan relies on a traveller having a home to quarantine in, the concept discounts tourists and foreigners who made up a core chunk of pre-pandemic travel.

Bara says without that clientele, who may disregard travelling to Australia if it means they have to pay for hotel quarantine because they don’t live and have a home in Australia, international carriers will keep flights in and out of Australia at a “fraction of pre-pandemic levels”.

The carrier’s first commercial international flights in almost two years are scheduled to depart on December 18 to London, Los Angeles, Vancouver and Singapore. Flights will depart from Melbourne and Sydney, and in the case of the London flights go via either Perth or Singapore.

From December 19, more destinations will be added to the schedule, with Tokyo and Fiji being thrown into the mix.

Speaking to The Guardian, one airline source said while everyone is “so excited to go overseas” Australians who think we will be able to travel anywhere we want in 2022 are “so naive”.

A recent study conducted by Inmarsat, the world leader in global and mobile communications, revealed in its 2021 Passenger Confidence Tracker, over half of the 4,500 respondents from the Asia Pacific region would be confident to fly by the end of the year. In Australia, nearly 59 per cent are planning to take a flight within the next six months.

Despite the positive outlook, the research showed the unpredictability of flying and the seemingly huge variation in rules and regulations is hampering confidence towards post-pandemic air travel.

However, Australians were more concerned about catching the virus at a sporting

event, in gyms or on public transport than onboard a flight.

According to Bara, airlines are at an “unworkable” standstill with Australia, with clarity around arrival caps still very unclear.

Barry Abrams, the executive director of Bara, told Guardian Australia there needs to be more clarity around how hotel quarantine caps for unvaccinated travellers will work; how airlines will recognise Australians immunised with foreign vaccines and how tickets will be sold and vaccine requirements enforced.

Mr Abrams also said detail around whether a negative pre-departure test will be required to enter Australia will be enforced and if current rules for aircrews will be relaxed.

Bara also said the question around how airlines who are willing to carry unvaccinated passengers go about selling them a ticket.

“To be an airline scheduling flights to Australia now is taking on all of the risk from the government’s lack of clarity,” Bara said.

The Prime Minister first announced the border closure on March 20, 2020 to all non-citizens and nonresidents. Even Australian citizens, permanent residents and their immediate family needed to apply for an exemption to travel and to quarantine at a hotel for 14 days on arrival at a cost of over $3,000.

In August, the Morrison government quietly introduced a ban on outbound travel with Australian citizens leaving the country and even told people who live overseas they may not be allowed to leave Australia.