Third in the Bundelisga host fourth as Bayer Leverkusen and Borussia Dortmund look to move closer to leaders Bayern Munich by getting all three points.

It’s now over a month since Bayer Leverkusen last won in the Bundesliga. That was a 4-0 win away to Koln and the last of an unbeaten 12 match run to begin the league campaign. Since then, Bayer have taken just one point from their last four which came in their most recent home game against Werder Bremen. Defeats to Bayern Munich, Eintracht Frankfurt and Union Berlin have all been by the odd goal so as much as it will be frustrating, there is still plenty to build on for Peter Bosz’ men.

Their recent run means Leverkusen are now only above tomorow’s opponents on goal difference and seven points off the leaders. A title challenge may seem improbable but it’s not impossible.

Leverkusen’s best form has come on the road this season where they have won five on the road compared to just three at home. The defeat to Bayern remains their only home loss, however, and Bosz will recognise this games as being important considering it’s against one of the other top four.

Lucas Alario has been excellent in the first half of this season and the forward is on course to record his best very goal return. Currently on eight Bundesliga strikes, he needs only one more to equal his best and could well do so tomorrow evening.

Borussia Dortmund Preview – Will Dortmund bounce back from a poor result at the weekend to move above rivals?

It’s been all change at Borussia Dortmund in the last month as Lucien Favre was replaced by his former assistant Edin Terzic until at least the end of the season. Terzic has stabilised results following the 5-1 home thumping against Stuttgart which led to the change in manager. Dortmund have won four of their six in the league under the interim coach but would have been disappointed managing only a draw at home to Mainz on Saturday.

The point did take them level with their hosts and they’ll feel they should be going above Leverkusen with a win in this encounter.

Don’t miss out on other Betting Tips & Predictions 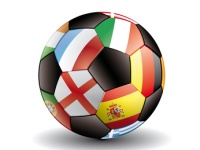 Dortmund do pick up more points on their travels than at home as well so there will be no fears over them making this trip. It’s also the first of a huge double header for them this week as they travel to face Borussia Monchengladbach on Friday. It’s two games that could ultimately see them remain in the hunt for the title or end their challenge before we’re out of January.

Terzic and his players will take great confidence from their last away game which seen them defeat second place RB Leipzig 3-1.

It promises to be a really entertaining game between two sides who have ample attacking threats and in a fixture which produces a lot of goals. In the last five meetings alone there has been 26 goals scored at an average of more than five a game.

Considering Dortmund’s last five away games have seen both teams scoring and Leverkusen’s last six at home seeing a return of 20 goals, the signs are positive that this will be another really open game.

The difference between these teams may well be Dortmund’s central point of attack. Erling Haaland often proves the decisive factor and although missing some time with injury he has 12 goals to his name already.

The Norwegian striker can continue his comeback by helping the visitors to a vital three points and move above Leverkusen in the process.