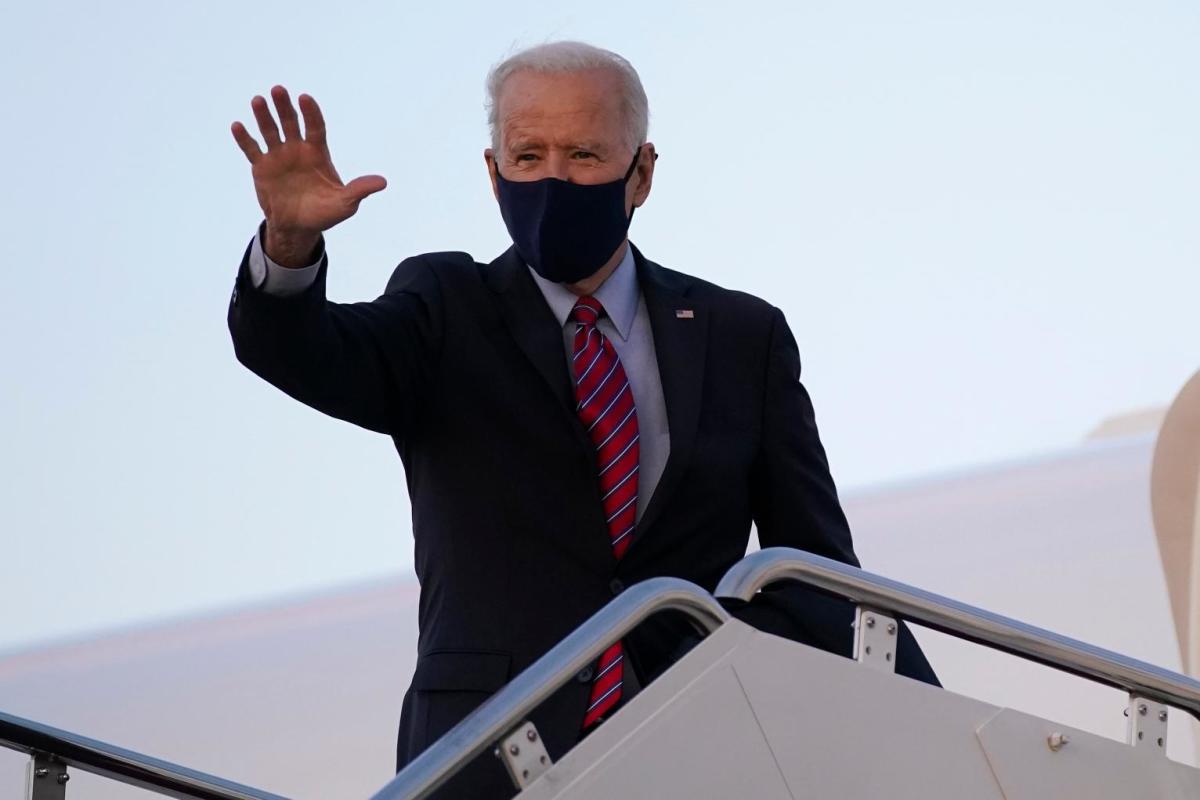 WILMINGTON, Del. (AP) — President Joe Biden flew home to Delaware on Friday to spend the weekend with his wife and family, even as the Centers for Disease Control and Prevention recommends that Americans forgo travel because of the coronavirus pandemic.

The White House officials said the trip by Biden, his first aboard Air Force One as president, is far less risky than the sort of commercial travel that Americans are being urged to avoid.

White House press secretary Jen Psaki said the key was “ensuring that people don’t take steps to make others vulnerable.” She said Biden planned to watch the Super Bowl during his weekend at home but didn’t offer further details about how he would spend his time in Delaware. The trip also comes a day after his son Hunter Biden marked his 51st birthday.

“Any president of the United States, Democrat or Republican, obviously takes Air Force One, a private plane, when they travel,” Psaki said hours before Biden flew to Delaware.

Biden, who has a home outside Wilmington, Delaware, has made getting the pandemic under control the central focus of the early weeks of his presidency. His team has repeatedly emphasized that the president will model safe behavior for the nation.

Any time the president travels, an entourage of support and security personnel and media travel with him.

The CDC’s guidance notes that “travel increases your chance of spreading and getting COVID-19″ and that the agency “recommends that you do not travel at this time.”

Biden avoided many of the risks of travel associated with commercial flights or traveling by bus or train. He also got his second dose of the coronavirus vaccine more than three weeks ago.

The CDC recommends that individuals who must travel first complete their vaccinations — if they’re eligible to receive them — and then wait two weeks after the second dose before departing.

Biden and his aides have been meticulous about how they go about their business as they try to reduce the chances of infection among White House staffers. Mask wearing is mandatory throughout the White House complex, much of the administration is working remotely and the duration and size of meetings has been limited.

Biden also has made few appearances outside the White House complex during the first weeks of his presidency — all for official business or to attend church.

The trip for Biden, who spent decades in the Senate and eight years as vice president, marks his first time on Air Force One in more than 20 years. He flew to Colombia with President Bill Clinton in 2000 as the president announced $1.3 billion in aid to help the South American country battle narcotics traffickers.

For his roughly 25-minute flight to New Castle Air National Guard Base, Biden flew on the smaller C-32 model from the Air Force’s fleet. The aircraft is a specially configured version of the Boeing 757-200 commercial intercontinental airliner, compared to the iconic VC-25A, which is a modified Boeing 747.

For security reasons, the vice president is not allowed to travel with the president and instead relies on the more modest Air Force Two for out-of-town travel.

Biden’s predecessor, former President Donald Trump, didn’t hide his affection for Air Force One, perhaps the greatest perk that comes with the job.

But Trump was not a fan of the Kennedy-era blue and white color scheme that is known the world over. Trump viewed the design as dated, too muted and insufficiently patriotic, and announced plans in 2019 to overhaul the color scheme using the colors of the American flag. He kept a model of his planned overhaul on display in the Oval Office.

“I can confirm for you here that the president has not spent a moment thinking about the color scheme of Air Force One,” she said.