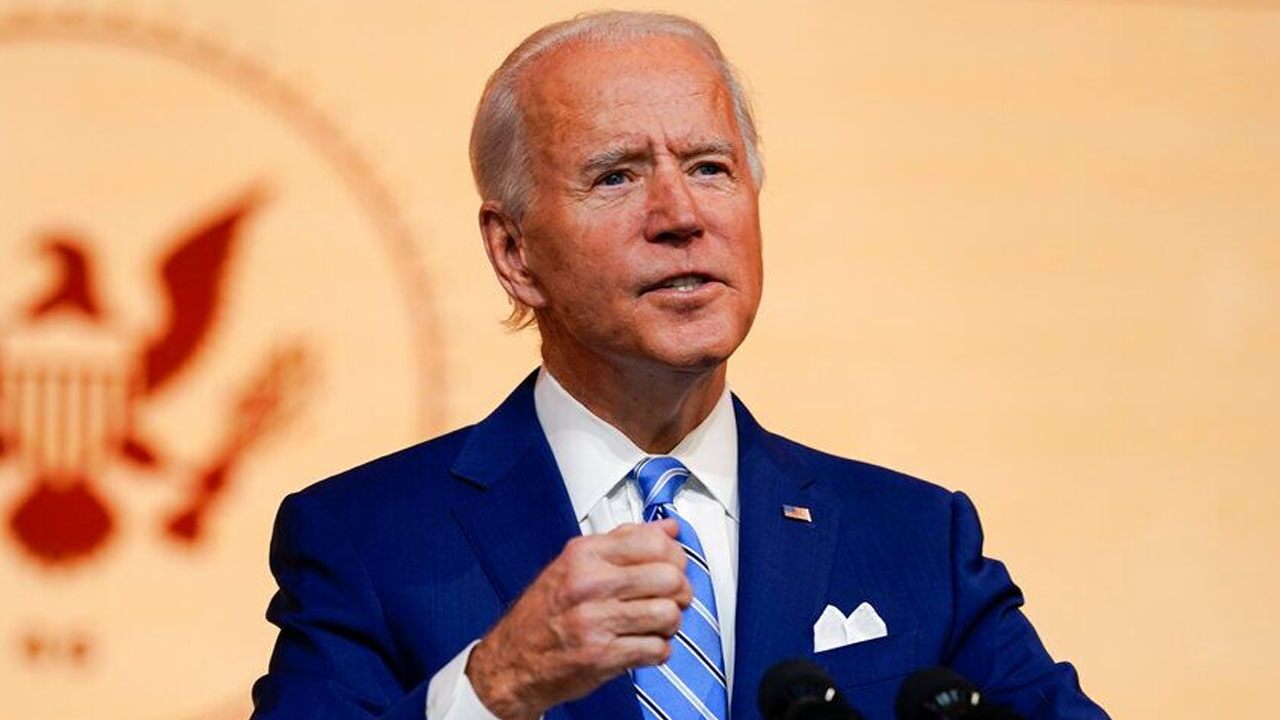 President-elect Biden is planning to sign several executive orders on day one of his presidency, his incoming chief of staff announced in a statement.

The president-elect will sign roughly a dozen executive orders that day, including reversing President Trump’s travel ban on 13 majority-Muslim countries, rejoining the Paris Climate Agreement and extending the pause on student loan payments, according to Ron Klain.

Biden also will initiate his “100-Day Masking Challenge” with a mask mandate  on federal property and during interstate travel. Klain promised the president-elect would sign additional executive orders on climate change and health care access in the first week of the new administration.

“Much more will need to be done to fight COVID-19, build our economy back better, combat systemic racism and inequality, and address the existential threat of the climate crisis,” Klain said in the statement. “But by February 1st, America will be moving in the right direction on all four of these challenges — and more — thanks to President-elect Joe Biden’s leadership.”

Biden has long promised to rescind Trump’s travel ban and rejoin the Paris Climate Accords on “day one” of his presidency. He’s also promised to send a bill to Congress to create a pathway to citizenship for the nation’s Dreamers, immigrants brought to the U.S. as children, and the 11 million undocumented people currently living in the U.S.

But in November he loosened that timeline, committing to forging a pathway to citizenship within the first 100 days.

“Some of it’s gonna depend on the kinda cooperation I can or cannot get from the United States Congress,” Biden acknowledged.

On the campaign trail, Biden pledged to end the Migrant Protection Protocols (MPP) that keep migrants in Mexico as their hearings play out. Known as the “Remain-in-Mexico” policy, opponents have claimed it puts migrants in danger, but Trump officials said it has been key in ending “catch-and-release” by which migrants were released into the U.S. instead.

Biden will take the oath of office Wednesday after a whirlwind lame-duck period where President Trump repeated regularly that the presidential election was “rigged” and alleged mass voter fraud. The House impeached the president this week for incitement of an insurrection after rioters stormed the Capitol following a rally where he spoke.

Inauguration Day will, of course, look different than in years past. Congress has been invited, but each member only got one guest ticket.

President Trump has said he will not attend the ceremony, but Vice President Mike Pence is expected.

States deployed their National Guards to Washington in anticipation of more potential unrest. Still, Biden has said he is “not afraid” to take the oath of office outside.