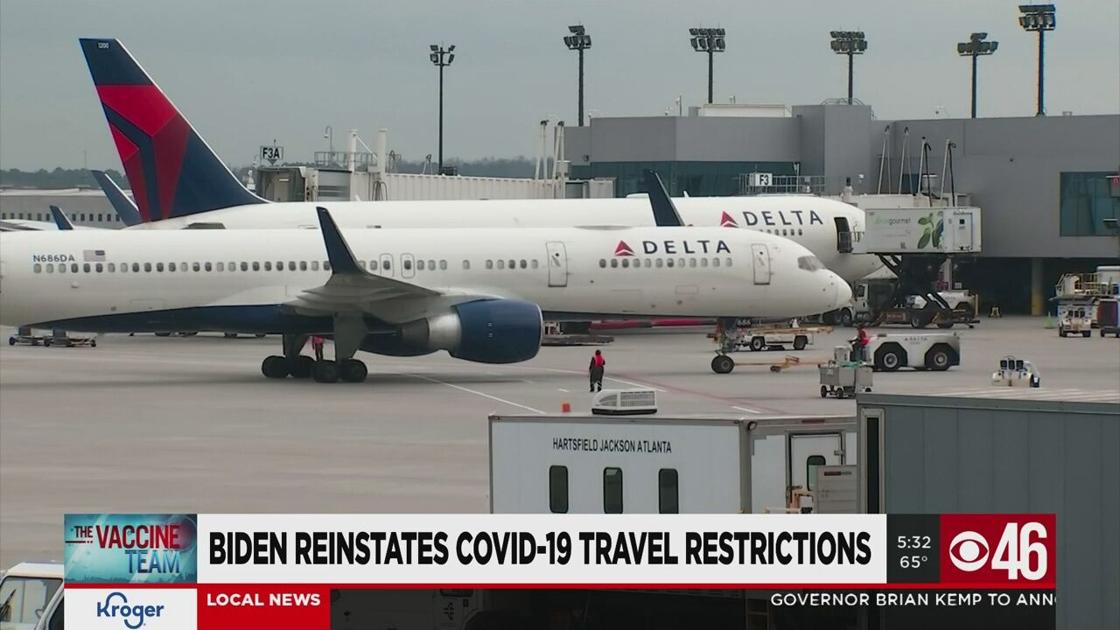 New rules for international travel announced today as experts fear the worst of the UK and South Africa COVID variants. The White House issued new restrictions to include passengers needing proof of negative COVID results within three days of their flight departure.

“It’s very nerve-wrecking, it’s just adding to the problems we already have.” Beatress Lynn is thinking twice about traveling even further next month for her birthday vacation.

She said, “when you know better, you do better.”

With two new variants across other countries, traveler Dianne Hurtle said she’s concerned too and wants the new administration to do something about it in the U.S.

“I don’t want anymore people coming and bringing it over here if they don’t have to,” Hurtle told CBS 46 at the Hartsfield-Jackson Airport.

“People coming into the country are going to be required to have tests before they get on the plane.” He continued, “when they get off, they’re going

to have to have a quarantine as well as a second test.”

“It could be more lethal or deadly but I don’t think we have enough numbers or knowledge to know that,” Dr. Colleen Kraft said.

develop ways to test them.

“We can’t really test for it easily though, it’s not something we can quickly bring up.” Kraft added, “We have to do more specific testing, not just the presence of SARS COVID 2.

We actually have to look for deletion in certain regions of genomes.”

Despite all they don’t know, she argues what they do know is traveling seems risker now than before.

“The cats already out the bag, we don’t have a lot of ability to stop transmission any longer.”

Emory is currently running samples to determine if the new variants transmit at even further ranges as opposed to six feet.