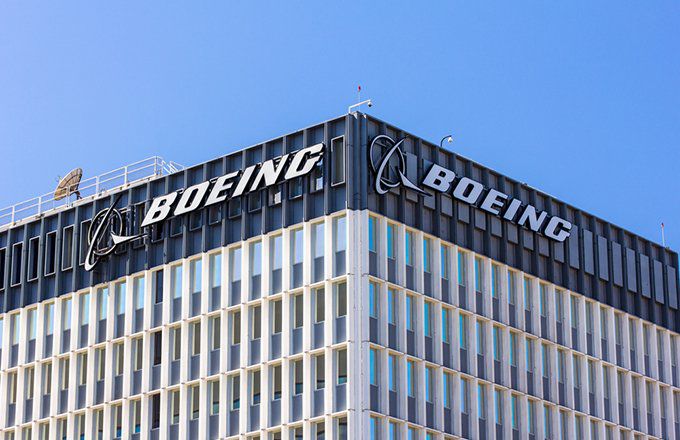 Dow component The Boeing Company (BA) is trading lower by more than 3% in Wednesday’s pre-market session after reporting a staggering fourth quarter 2020 loss of $15.25 per share, much worse than $1.63 loss estimates. Revenue fell 14.6% year over year to $15.39 billion, matching modest expectations. The company cited COVID-19 and 787 production issues for the shortfall but delivered over 40 MAX-737 jetliners and returned another five to its fleets.

Commercial airline revenue fell 37% year over year, rising 31% compared to the third quarter. The 737-MAX program is expected to deliver 31 jetliners per month in 2022, when 787 production rises to just five per month. The company pushed back 777x deliveries to late 2023, but all projections are suspect because Boeing has done a poor job predicting demand since the Ethiopian jetliner crash in 2019.

The MAX-737 jetliner returned to the skies in the fourth quarter, but there’s little demand for the aircraft, with severe travel restrictions around the world. In addition, the pandemic has forced carriers to mothball hundreds of aircraft, generating a massive supply that will lower demand for new planes well into the future. Adding to long-term concerns, many analysts now believe that business travel will never return to pre-pandemic levels because corporations have adapted to the virtual meeting space, saving billions in travel budgets.

Wall Street consensus on Boeing hasn’t improved in the past three months despite positive 737-MAX developments, with a “Hold” rating based upon 10 “Buy,” 1 “Overweight,” 11 “Hold,” 2 “Underweight,” and 3 “Sell” recommendations. Price targets currently range from a low of $150 to a Street-high $306, while the stock will open Wednesday’s session nearly $30 below the median $222 target. There’s room for a little upside with this placement, but the huge quarterly loss won’t stir buying interest.

Demand is an economic principle referring to a consumer’s desire to purchase goods and services and willingness to pay a price for a specific good or service. Holding all other factors constant, an increase in the price of a good or service will decrease the quantity demanded, and vice versa. Market demand is the total quantity demanded across all consumers in a market for a given good.

The stock returned to the 2007 high at $107.83 in 2013 and broke out, entering a broad trading range on top of new support. It held within those boundaries into a secondary breakout in 2017, with committed buyers generating impressive returns into March 2019’s all-time high at $446.01. A second MAX crash then triggered a worldwide grounding, sending price into a tailspin that initially found support near $320 in the third quarter.

Boeing broke range support in February 2020, plunging to a seven-year low in the double digits, and bounced back above $200 in June. A multi-month consolidation carved a higher November low, yielding a strong buying impulse that mounted second quarter resistance before fizzling out below the 200-week exponential moving average (EMA) in December. The stock has been pulling back since that time and is trading below $200 for the first time since November.

The monthly stochastic oscillator is grinding through a buy cycle, while the weekly indicator’s sell cycle has crossed into oversold territory. Taken together, this downswing is likely to bottom out quickly, allowing bottom fishers to take exposure at cheaper prices. Even so, the November gap between $158 and $172 remains unfilled, potentially acting as a magnetic target when investors realize that the old Boeing may be gone for good.

A stochastic oscillator is a momentum indicator comparing a particular closing price of a security to a range of its prices over a certain period of time. The sensitivity of the oscillator to market movements is reducible by adjusting that time period or by taking a moving average of the result. It is used to generate overbought and oversold trading signals, utilizing a 0–100 bounded range of values.

Boeing is selling off after posting a much worse-than-expected fourth quarter loss and announcing delays in key milestone dates.

Disclosure: The author held no positions in the aforementioned securities at the time of
publication.