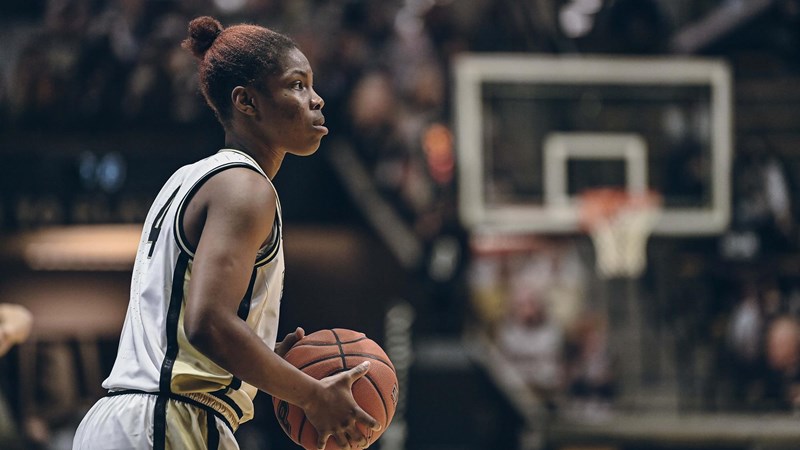 
WEST LAFAYETTE, Ind. – Set for its first road game of the season, the Purdue women’s basketball team will travel to Penn State on Sunday for a 2 p.m. tip against the Lady Lions. Chris Vosters and Meghan McKeown will be on the call for the Big Ten Network.

As always, Tim Newton will bring you the game on 95.3 BOB FM.

The Boilermakers are looking to bounce back from loss in the Big Ten Conference opener to reigning co-champion Northwestern on Thursday night 70-54. Purdue was outscored off turnovers 29-9 for the contest. Fatou Diagne posted a career high with 13 points and nine rebounds, narrowly missing out on her third career double-double.

The freshman duo of Ra Shaya Kyle and Madison Layden have seen significant time over the opening five games of the year. The tandem has ranked among the top freshmen in the Big Ten. Kyle is averaging 7.8 points and 4.8 rebounds per game, ranking seventh and fifth, respectively. Layden has posted five points per game, while her 12 steals leads the league and 12 assists are second.

• The Boilermakers have won the rebounding battle in all five games this year. Purdue is 209-48 when outrebounding an opponent in the Sharon Versyp era.

• Tamara Farquhar’s rebounding average dipped below 10 for the first time this season. She currently sits second in the Big Ten and 62nd in the nation with 9.8 rebounds per game. The Boilermakers are 7-6 when Farquhar grabs at least 10 rebounds.

• Purdue has three games with assists on at least 66% of its made field goals, a Big Ten best.

• Purdue has knocked down at least 10 free throws in four of its five games, averaging 15.6 freebies per game, sixth in the Big Ten.

• Purdue is tied for second in the Big Ten with three games with at least 10 steals, fifth overall with 40 on the year and sixth with eight swipes per game.

• Kayana Traylor ranks 13th in the league with 4.2 assists per game and is one of 10 players in the Big Ten averaging at least 14 points and four assists.