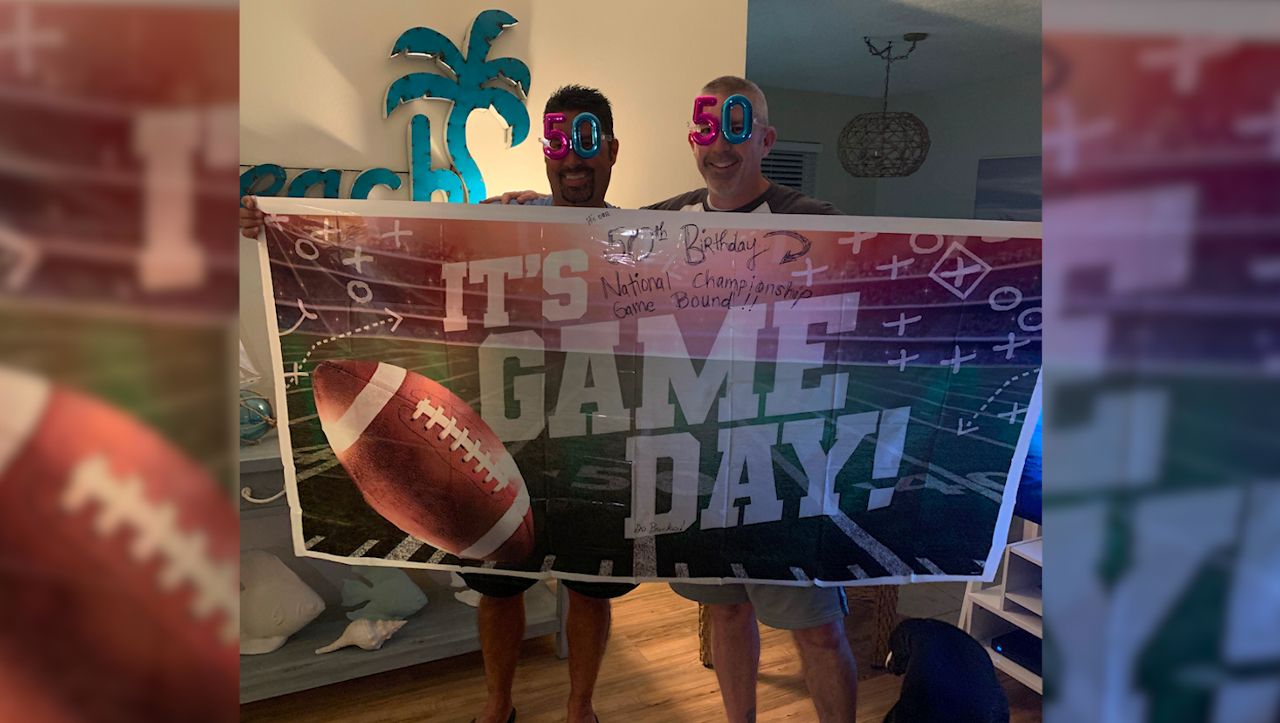 MIAMI, Florida—As the National Championship game grows closer, many Ohio State fans are still making the trip to Miami despite the pandemic. Some are even traveling without a ticket to the game.

What You Need To Know

​While it may not feel like a typical national championship, Buckeye fans are still flocking to Miami in full-force.

These four Buckeye fans are a few that are either heading to the game or hoping to. For Jackie Hobson- a Columbus native now living in Fort Lauderdale, going to a national championship close to home is a no-brainer

“Even if you can’t get in the stadium, you want to be around that atmosphere and I feel like in 2020, no one was really able to do that so I’m just excited to get by the stadium and if I can get a ticket and take that chance, I’m definitely going to do that,” Hobson said.

Hobson went with a friend to the national championship in 2015 and they decided to make it a tradition.

“If we ever get to this point again, and of course Ohio State, we’ll get there again, we have to go to every single national championship game that we ever get to,” Hobson said. “So we made that promise.”

But for Hobson and other Buckeye fans, finding a ticket is still a challenge. With only 16,000 fans allowed inside Hard Rock Stadium, prices are soaring. George Cleary traveled from Columbus- hoping for the best.

“Just hoping the Bucks will make it to the National Championship and sure enough here we are,” Cleary said. “It’s kind of a yearly retreat for me and some college friends. We went to New Orleans last year, sadly the Buckeyes weren’t there but now that we’re in Miami, hopefully we’ll land some tickets.”

“I think we’re ready to just go in and whatever the price is, the price is,” Cleary said. “But we’re definitely excited that the Buckeyes are here and want to make the most of the Miami trip.

Jon Goodpaster and Jason Nutter don’t have that problem. They already got their tickets- thanks to a sweet birthday present from Goodpaster’s wife.

“They wanted to take a birthday picture so they had the 50 year old glasses and we had to put them on and hold a poster, not knowing that the poster said that we were national championship game bound,” Goodpaster said. “And that’s when they surprised us with tickets for our 50th birthdays.”

“We’re just really thankful that she thought about it first of all and then delivered,” Nutter said. “Like I said, it was overwhelming, we were in shock. Then it started hitting us the next morning and we started talking about it and then the excitement level was really increasing at that time.”

An excitement level that’s only going to grow as we get closer to kickoff.