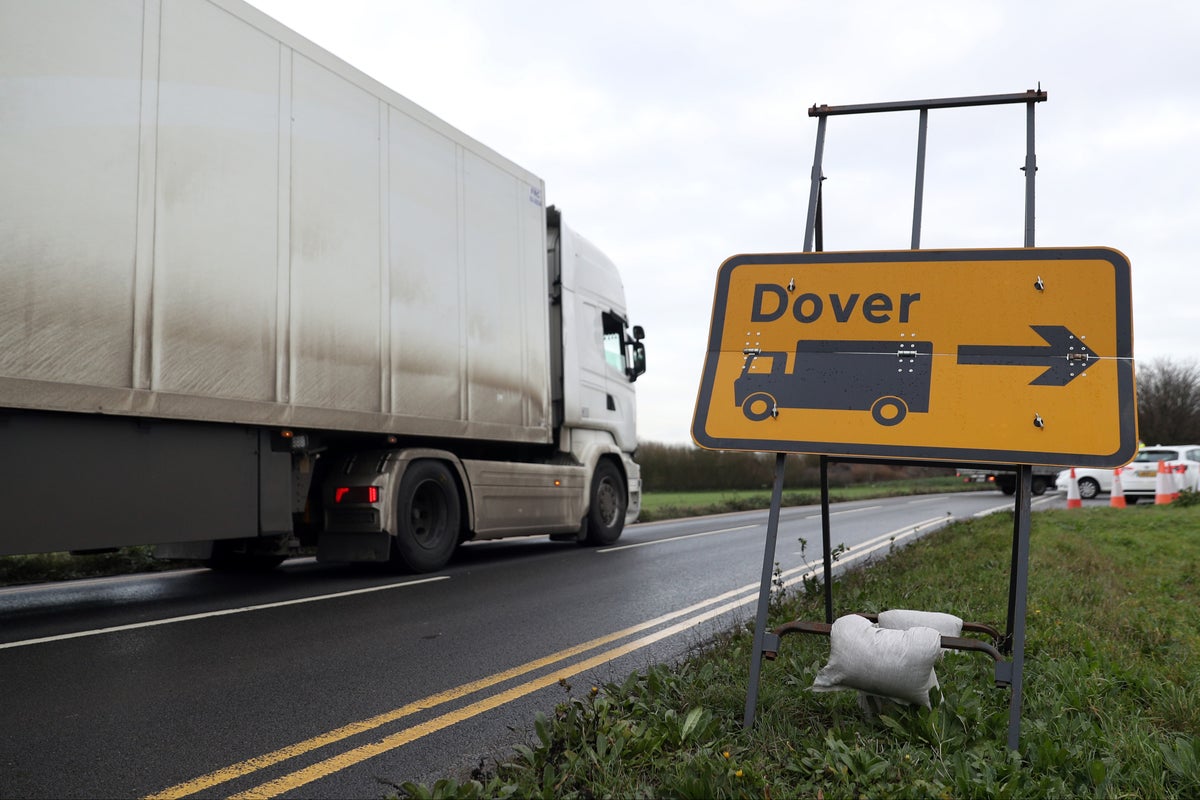 s Michael Gove warned of “significant disruption” to come on Britain’s borders, haulage industry leaders told the Standard that the current situation is “just the tip of the iceberg”.

New post-Brexit red tape has left truckers with the wrong paperwork stranded at borders across the continent, and led to firms such as M&S warning of “significant impact” to some of its EU-based business.

Firms such as parcel delivery service DPD UK has said that it is pausing its European Road Service due to the “increased burden” of customs paperwork for EU-bound packages, while shipping firm DFDS warned lorries are being turned away at Dover, Dunkerque and Calais “due to incorrect paperwork being presented at check-in”.

Business owners told the Standard that a combination of new paperwork and associated costs, additional import-export duties, and confusion over the new trade rules had led some to temporarily suspend their European operations, and others to close them entirely.

The Road Haulage Association, the trade body representing road transport and freight logistics operators, told the Standard on Friday the “real extent of the impact this red tape is having on industry and businesses” will only start to be felt in the coming weeks.

Traffic through the port of Dover is currently down 85% from its 2019 average.

RHA spokesperson Paul Mummery said: “We are not trying to be doom-mongers, but this is just the tip of the iceberg.

“The volumes for import export are at the lowest point in the year anyway, and it is probably even quieter than usual, because the feedback we are getting from the industry is that firms were stockpiling before the Brexit deadline.

“When volumes of freight movement get back to normal levels, and they are set to start rising from next week, we will start seeing the real extent of the impact this red tape is having on industry and businesses.

“Everyone thought it was going to go wrong day one, but it’s going to happen later.”

The trade body is calling on the Government to “better prepare businesses for where we are now” and “do what they can to mitigate these problems ASAP”.

Michael Gove warned on Friday that although disruption at Britain’s borders has not yet been “too profound”, “it is the case that in the weeks ahead, we expect that there will be significant additional disruption – particularly on the Dover-Calais route”.

The Cabinet Minister told Sky News that the Government would “redouble our efforts to communicate the precise paperwork that’s required, in order to make sure that trade can flow freely”.

As of January 1, the UK officially left the EU single market and customs union, and began operating on fresh terms – detailed in a last-minute trade deal secured on December 24 – with the bloc.

But while the deal avoids tariffs and quotas, companies now have to fill in new forms – such as export health certificates and declarations – and some face new duty rules.

Ray Murphy, managing director at Intersped Logistics, told Bloomberg a shipment was stuck in Italy because the U.K. importer didn’t have an EORI number, a requirement for post-Brexit trade.

Clive Mills, founder of Chichester-based express haulage business Euro2Go, told the Standard he has just shuttered his European business, which had provided 80% of revenues for his company.

The 63-year-old said the additional post-Brexit costs of transporting goods to Europe will put many smaller companies like his out of business, while big haulage firms will be able to survive by spreading costs over a wide customer base.

He said that a journey to Belgium that would have taken a few hours last year, now takes a day.

Mills  said: “I’ve decided not to do Europe anymore, as of Christmas.

“I’ve sold all of my lorries off, I’ve got four lorries left for my UK business. It’s just too much. I know a few other hauliers who are doing the same – it’s just a nightmare.”

The business owner sat on committees giving evidence to ministers preparing for Brexit. He reacted to Michael Gove’s latest comments, saying: “I feel really cross that for four years the industry advised them, and now it is too late. This is no surprise. You can’t run a business like this. You have to try to pre-empt situations.

“They haven’t put red tape, they’ve handcuffed us, taken us out back, and said ‘get on with it’.

“What they’ve put in front of us is impossible… The now issue is how do we get out of this? It’s not clear.”

Lancaster-based Europe-wide kitchenware supplier, Sous Vide Tools, usually does £200,000 in trade per month in the EU. But this week management suspended all sales operations into Europe “until we get a proper understanding of these rules”.

Founder Alex Shannon told the Standard that the reality of the new red tape the firm is encountering this week has been “devastating”, including the need to register for local VAT with every trading country, and its European carrier DPD suspending services.

He said: “The UK Government have come out and said they’ve done this trade deal with the EU and it’s business as usual, and it’s complete codswallop.”

Shannon said paperwork has “gone from taking two minutes to book a delivery and sort a consignment to go into Europe, to now taking 15 minutes at least”. This comes on top of new £50 charges required for every haulier to cover their customs declarations, and new Rules of Origin meaning the company has to pay additional duties.

“Now, when goods come in from China, we pay duty as we did previously, but now when we send goods into Europe, we have to pay duty again,” Shannon said. “The free trade deal isn’t the free trade deal. Unless the Government change something, there are basically duties on sending back into Europe.”

He added: “People don’t know what is going on. One haulier will tell you something totally different to another about the rules.”

The businessman said his choice is to continue paying additional duties in the coming months, at a “huge” cost, or to register as a bonded warehouse with HMRC – a process which can take months.

A government spokesman told the BBC it acknowledged that there had been “some issues” , but said ministers had made it clear for a long time that there would be some disruption at the end of the transition period.