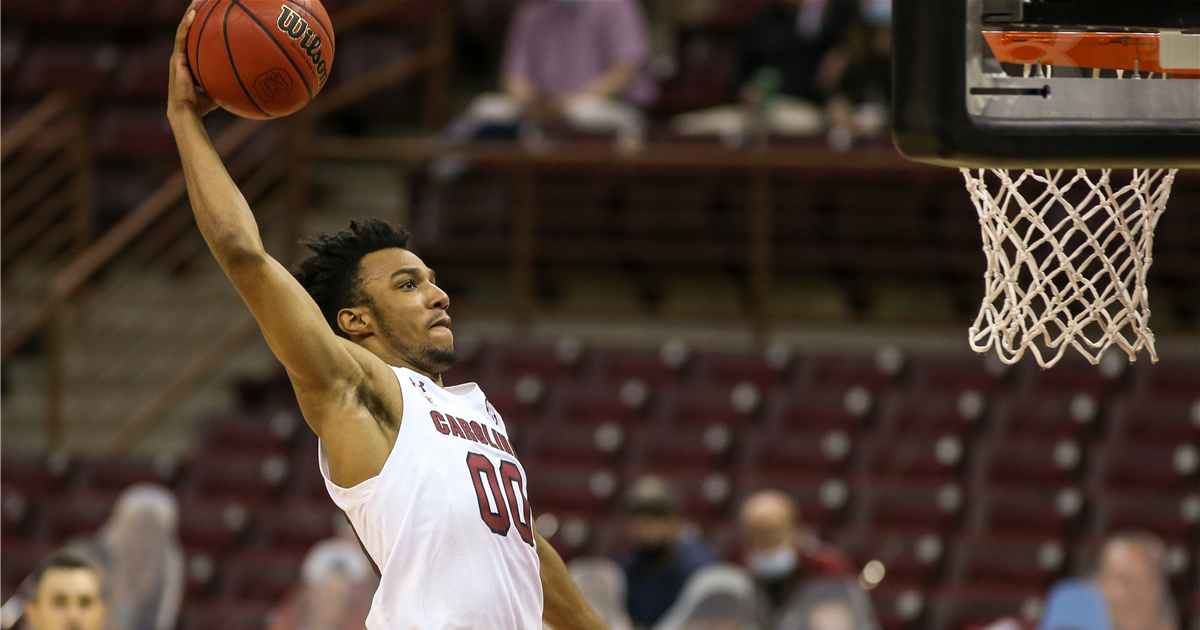 In a quick turnaround from Saturday night’s road trip to LSU, South Carolina men’s basketball is back on the road Tuesday night against No. 19 Missouri. The Gamecocks (3-3, 1-1) get head coach Frank Martin back, as he’s returned to the team after being away with a positive COVID-19 test result. Carolina will play its first series of back-to-back conference games after enduring three postponements in their first five contests. Tip in Columbia, Mo. will be at 7 p.m. on the SEC Network.

GAMECOCK NOTES
— Carolina held a four-point lead at halftime of its matchup at LSU behind 18 first-half points from junior guard A.J. Lawson, but the Tigers out-scored the Gamecocks 51-42 in the second half to close the home win. Lawson finished with 22, his third-straight game with at least 20 points, and junior forward Keyshawn Bryant scored a career high 26 in his first game played since Dec. 5.

— The status of scholarship forwards Alanzo Frink and Jalyn McCreary remains undetermined. The two are in the COVID-19 health and safety protocol and did not travel with the team to LSU. Frink, who started the first three games of the season, has yet to play in a game since Dec. 5. McCreary missed the Florida A&M contest on Jan. 2, but returned to play Texas A&M on Jan. 6.

— Redshirt sophomore guard Jermaine Couisnard paces the Gamecocks with 22 assists on the year (3.7 per game) against just 11 turnovers, an assist-to-turnover ratio of 2.0 which is third in the SEC. Couisnard has dished out at least three assists in five games this season. He was unable to make an impact in Saturday’s contest in Baton Rouge, scoring just five points in 17 minutes played on 1-of-8 shooting. He dealt with foul trouble from the early going. LSU’s press defense took advantage of smaller ball handlers like Seventh Woods and TJ Moss with Couisnard on the bench.

— Over the course of the last three games, Carolina is averaging 17.0 assists per contest, with Couisnard dishing out 4.7 per contest during the stretch. The Gamecocks had a season high 18 at LSU last Saturday.

SCOUTING THE TIGERS
— Missouri is led by head coach Cuonzo Martin in his fourth season. The Tigers are 8-2 overall, and hold a 2-2 mark in SEC contests. At home, Mizzou is 4-1 this season, with its loss coming in its SEC opener vs. Tennessee.

— The Tigers are coming off a three-game road swing, which saw them capture league wins at Arkansas and at Texas A&M.

— Mizzou is strong on the perimeter from a defensive standpoint, leading the SEC and ranking 13th nationally holding opponents to just 27.3 percent from three-point range.

— From the floor overall, Mizzou is second in the SEC and 36th nationally, holding opponents to just 39.4 percent.