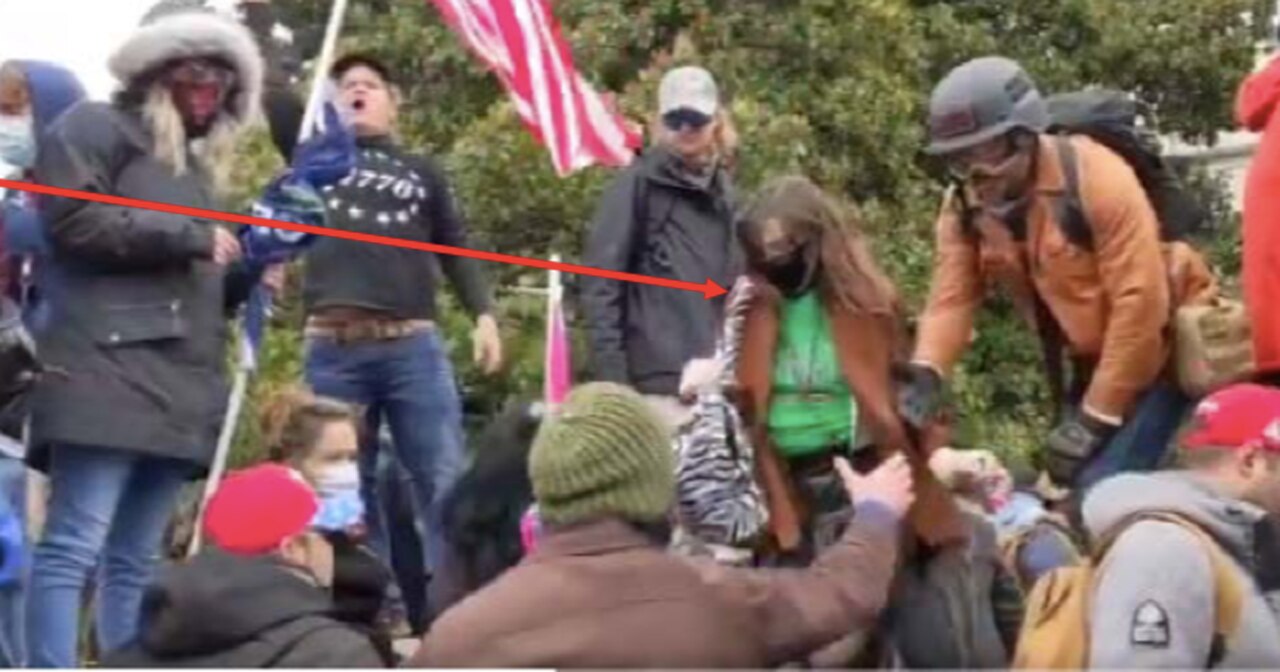 The 22-year-old woman accused of storming the U.S. Capitol and stealing a laptop belonging to House Speaker Nancy Pelosi will be released to the custody of her mother in Lower Paxton Township, pending the outcome of her case.

That was part of the agreement reached Thursday morning at a hearing for Riley J. Williams, 22.

As part of the agreement that included her release into the custody of her mother, Wendy Williams, a preliminary hearing was also waived on the charges she is facing.

Riley Williams is to wear an ankle monitor and will be restricted to her mother’s home except for employment, court proceedings and several other court-approved reasons for leaving. Her travel is also restricted to the U.S. Middle District of Pennsylvania, as well as traveling through Maryland and Washington D.C. for court matters.

She is scheduled to appear virtually at 1 p.m. Monday for further court proceedings in Washington D.C.

Though today’s hearing was waived, Williams’ court-appointed federal public defender, Lori Ulrich, told the court, “It is regrettable that Miss Williams took the president’s bait and went inside the Capitol.”

Ulrich added that the tip accusing Williams of stealing the laptop is overstated and it came from an abusive ex-boyfriend for whom she had a PFA order. The reason Williams had changed her phone number was not because she was eluding authorities, but it was because she was advised to do so by the police due to the ex-boyfriend’s behavior, Ulrich argued.

Assistant U.S. Attorney Christian Haugsby objected to these statements, noting that this hearing was waived, and that the argument would be more appropriate at a later hearing.

Williams is a 2017 graduate of the Mechanicsburg Area High School and most recently worked at Keystone Human Services.

According to court records, Williams traveled to the Capitol on Jan. 6 with her father, who is from Camp Hill, and told authorities they had split up during the protest but met up later and returned to Pennsylvania together.

FBI Special Agent Jonathan Lund wrote in charging documents that the ITV News video appears to show Williams participating in the riot inside the Capitol.

“She has brown shoulder length hair and wears eyeglasses. She is wearing a black face mask below her chin, around her neck. She can be heard in the video repeatedly yelling, ‘Upstairs, upstairs, upstairs,’ and can be seen physically directing other intruders to proceed up a staircase,” the agent Jonathan Lund wrote. “The video also shows a stream of intruders walking up a nearby staircase.”

The court records include claims by an ex-romantic partner that Williams stole Pelosi’s laptop during the riot and tried, without success, to sell it to Russia’s foreign intelligence service.

For the theft charge, investigators say evidence includes social media chatter on the platform Discord, which includes her saying she stole from Nancy Pelosi and “I DOMT (sic) CARE I TOOK NANCY POLESIS (sic) HARD DRIVES I DON’T CARE KILL ME.”

Investigators also referred to a video obtained by ITV that they believe Williams recorded, showing someone wearing a black glove taking a laptop off a table with the text “they got the laptop” written across the screen. Investigators say they also have video surveillance of Williams going in and out of Pelosi’s office.

Before adjourning the hearing and releasing Williams into her mother’s custody, U.S. Magisterial Judge Martin Carlson said the conduct outlined in the charges is antithetical to the U.S. Constitution, which he noted is protecting Williams now.

He said the conduct seen in the Jan. 6 riot sought to replace Constitutional norms with the will of a “howling mob.”

“We know the mob failed and the Constitution prevailed,” he said.

Williams is facing charges of violent entry and disorderly conduct, knowingly entering or remaining in restricted buildings or grounds, aiding and abetting in the theft of U.S. government property and obstructing official proceedings.