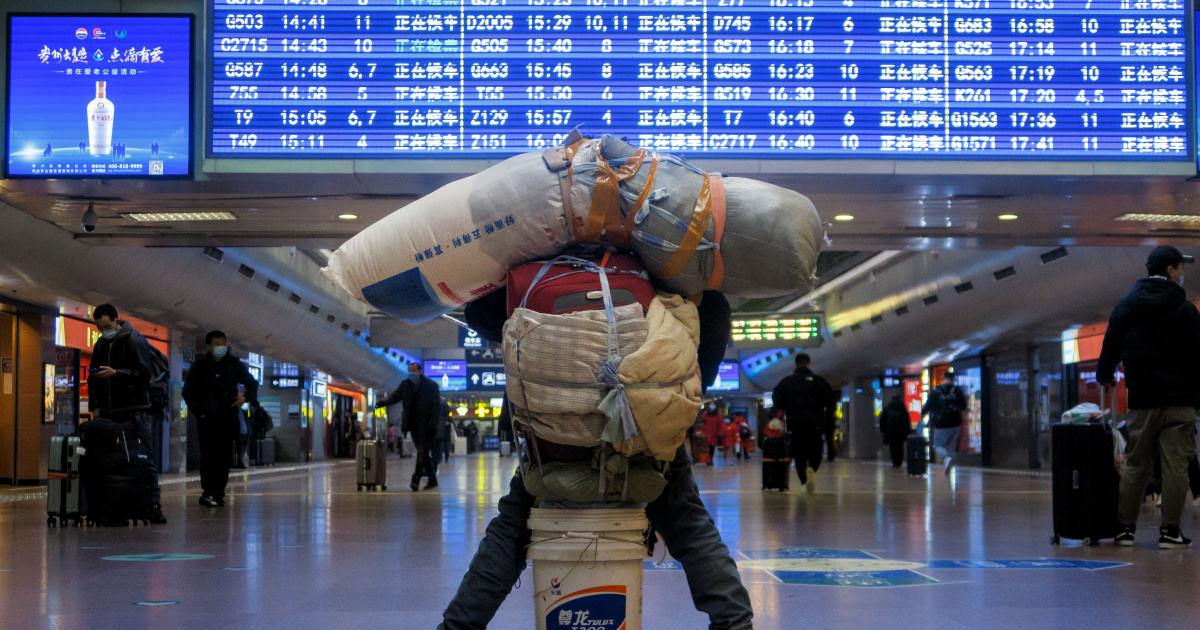 China reported the most daily cases of COVID-19 in more than 10 months on Friday, as local governments and factory owners began in offering incentives to the country’s millions of migrant workers not to return to their home provinces for the Lunar New Year holidays in February.

The outbreak is centred on the northeast where more than 28 million people are currently under lockdown.

The commission said 135 of the new cases were local infections, 90 of them in Hebei province surrounding Beijing. A further 43 cases were reported in northeastern Heilongjiang province, with Guangxi and Shaanxi provinces each reporting one confirmed case.

The number of new asymptomatic cases, which China does not include as confirmed cases, fell to 66 from 78 a day earlier.

The outbreak is the most severe in months and authorities are stepping up efforts to encourage people to avoid all non-essential travel during next month’s Lunar New Year when hundreds of millions of Chinese travel back to their hometowns. For many of the country’s 280 million migrant workers it is the only time they get to see their families in rural provinces.

Companies usually pay more to those who choose to work over the festival, but this year local governments and companies are hoping far more take up the offer, according to the Reuters news agency.

Most provinces have issued notices encouraging workers to stay in place, citing the importance of epidemic control as well as “guaranteeing the stability of industrial and supply chains.” They are offering incentives including extra pay, prizes, entertainment, free New Year’s eve banquets and staggered holiday arrangements.

A notice from the government of Ningbo, a port and industrial hub in Zhejiang province on the east coast, said a halt to production over Lunar New Year given the level of foreign demand could “cause companies huge losses.”

The rapid spread of coronavirus last year, after the emergence of the first cases in Wuhan, coincided with the Lunar New Year.

As lockdowns and travel restrictions were imposed, many found themselves trapped in their villages for months and forced into long quarantines when they finally returned to the cities.

Wang Zhishen, who works at a container factory in Dongguan, a big industrial city in the south, said he will probably stay there if his factory remains open, despite having already purchased a train ticket home to Gansu province, 2,000 kilometres (1,243 miles) away in the northwest.

“What if you get unlucky and get infected on the road back home? Then your whole family might get sick,” he said.

“If my factory is not going to be closed over the holiday, I think I’ll just stay in Dongguan. Going home is too risky.”

For some reuniting with families is still worth the risk.

At Beijing Railway Station this week, Wang, a 64-year-old construction worker who preferred only to share his family name, was rushing back to his village in eastern Shandong province before it enters lockdown.

“There’s no other way. We have to get back before then. We’ve got family back home.” he said, after arriving at the station seven hours before his train was due to leave the capital.

The total number of confirmed COVID-19 cases in mainland China now stands at 87,988, while the death toll remained unchanged at 4,635. The country reported its first coronavirus death in 10 months on Thursday.