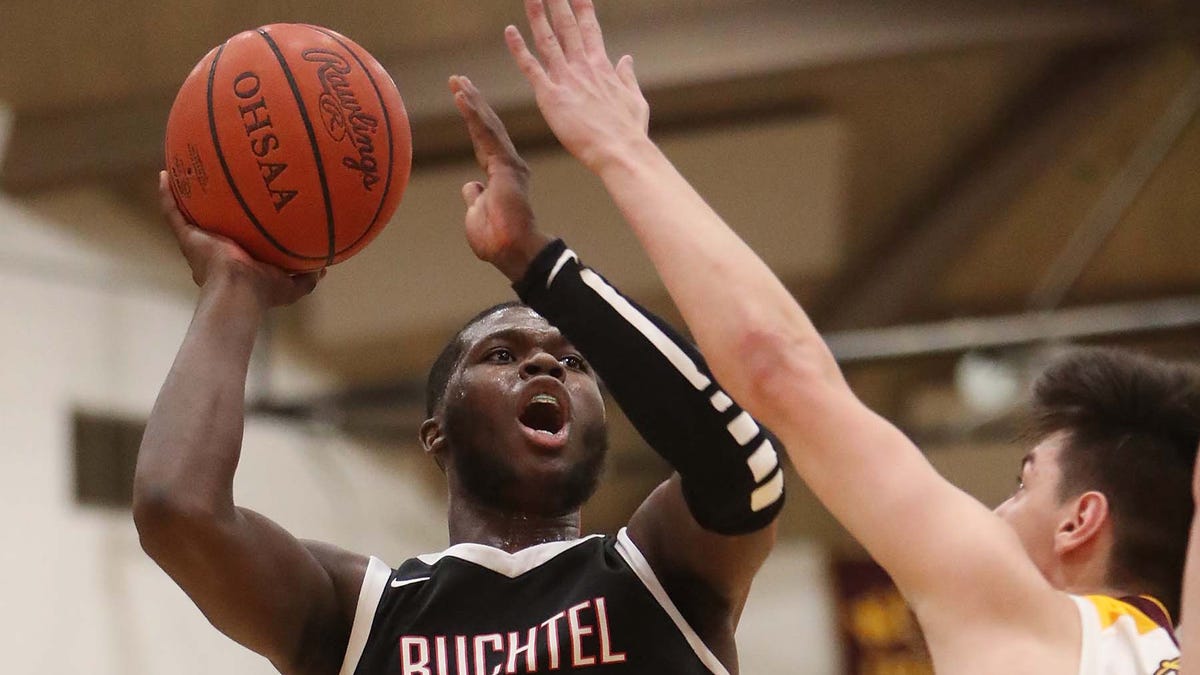 A break was welcomed after Dent and his players were quite busy this past week with a stretch of four games in five days that culminated with Buchtel defeating North 70-44 Saturday in the City Series boys basketball championship game at Firestone.

The Griffins played well in spurts, but were also a little tired and sluggish.

“We got off to a slow start Saturday,” Dent said. “That was our fourth game within a span of Tuesday to Saturday. That’s four games in five days. I think that contributed to our slow start. We were kind of lackadaisical coming out of the blocks. I think North coach Marc Smith came up with a plan that kind of offset what we do early on, which I give him credit for, but I think our guys started finding their legs as they continued to play. They were more active and that contributed to us pushing the lead out.”

Buchtel defeated host Medina 78-75 on Feb. 6 before embarking on its challenging lineup of games.

The Griffins lost to host Walsh Jesuit 79-78 on Tuesday, won 88-79 over host Archbishop Hoban on Wednesday and triumphed 96-32 over Ellet on Thursday at Firestone before topping North.

“That was a challenging stretch,” Dent said. “We played Medina on that Saturday and then we went into Walsh on Tuesday, and then we went back-to-back and played Hoban on Wednesday. That stretch alone was difficult, and they were all away games. It was beneficial preparing us for the tournament.

“… These guys are trusting one another more. We eye the film and then touch on the points that we need to improve on, and then when they go back out the next game they are really trying to apply what we went over and saw on the film.”

Dent said Boyce has stepped his play up as Jackson recovered from an injury.

“Travonne is getting back into the flow of things now,” Dent said. “Marcel did a good job of picking his play up when Tra was dealing with an injury. Noah has been a constant for us and is a steady player on the perimeter and on the inside for us.

“Chris has been leading the way. He leads the charge and is constantly lifting up this team, and for that he should be commended not just for the stats, but the intangibles that he has been bringing to this team as well. Cordell is a solid guard and is our top perimeter defender.”

Saturday was the third time this season that Buchtel defeated North by a comfortable margin. The Griffins also have three lopsided wins over Ellet, and two decisive wins apiece over Kenmore-Garfield and East.

Buchtel and Firestone were unable to play against each other as both scheduled games were postponed because the Falcons were in quarantine due to a COVID-19 case.

All six City Series boys basketball teams dealt with at least one quarantine this season as APS did rapid testing on its athletes. The school district received federal money through the CARES Act that comes from the Elementary and Secondary Schools Emergency Relief fund (ESSER Fund).

Buchtel is set to host Richmond Heights on Tuesday and then travel to Shaker Heights on Feb. 21 to conclude the regular season.

“Tuesday will be our fifth home game this season,” Dent said. “All of our nonleague games have been away so far.”

The Vikings were attempting to win their first City Series boys basketball playoff title since 1970.

“For this bunch of kids that we have that have been in the system for four years, this was obviously a good thing to get to the City Series championship game,” Smith said. “The way in which we got there was nice. We played Kenmore-Garfield first [in the opening round of the City Series tournament] and then the good game on Thursday versus East [in the semifinal round] where the kids really hung in there and kind of went through some adversity, but still were able to pull out a win at the end there with a tip-in [by Luther Darisaw]. That was a great way to lead us into this City Series championship game.

“As far as Saturday, Buchtel is good. They are tall, they are long, they are athletic and they can score the basketball. We knew it was going to be a challenge coming into the game, but I thought that we would compete with them based on the other two times we played them. We held them in the 70’s [in all three matchups], but the concern for us was always can we score enough points.”