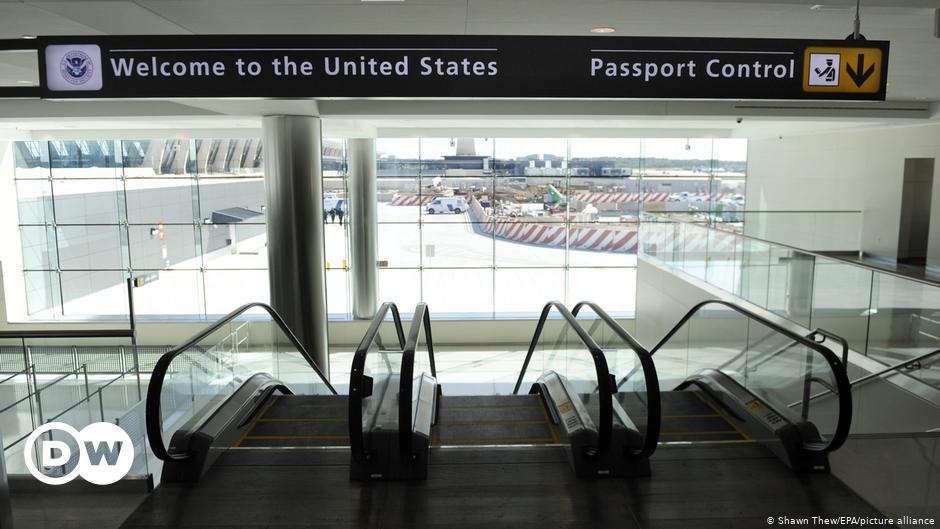 US President Donald Trump on Monday rescinded entry bans imposed because of the coronavirus pandemic on most non-US citizens arriving from Brazil, the United Kingdom and all European Union countries. The new travel guidelines will come into effect as of January 26, the White House said in a statement.

The alleviation of the ban may not last long enough for it to be implemented, though. President-elect Joe Biden gave the notion short shrift.

His spokeswoman said the new administration, set to assume office on Wednesday, “does not intend to lift these restrictions.” Jen Psaki tweeted: “In fact, we plan to strengthen public health measures around international travel in order to further mitigate the spread of COVID-19.”

Last week, the head of the Centers for Disease Control and Prevention signed an order requiring nearly all air travelers to
present a negative test result, or proof of recovery from the virus, to enter the US, starting on January 26.

DW has the overview of the main COVID developments around the world.

Germany‘s 16 state premiers are set to meet Chancellor Angela Merkel on Tuesday, with stricter measures, as well as an extension of the country’s lockdown on the agenda.

The Czech Republic has identified the highly-contagious mutation of the coronavirus first identified in the UK, a health official has confirmed.

Disneyland Paris will not be reopening on February 13, as had been scheduled, with April 2 the new date penciled in for opening its gates to the public.

The amusement park had reopened its doors in mid-July last year after a four-month hiatus during the first wave of the pandemic, but closed once more at the end of October.

Dubai-based airline Emirates says it’s offering vaccines to all of its employees, with priority given to cabin staff and pilots.

Parent company Emirates Group said that all of its members of staff across the United Arab Emirates are now able to receive either the BioNTech-Pfizer or Chinese Sinopharm vaccine.

Israel is giving weekly updates on its COVID-19 outbreak to Pfizer under a partnership that may help other countries fine-tune their vaccination process in order to achieve “herd immunity,” officials said.

Israel’s Health Ministry made public most of a 20-page collaboration agreement it signed with Pfizer, which said the aim was “to determine whether herd immunity is achieved after reaching a certain percentage of vaccination coverage in Israel.”

China reported more than 100 new cases for a seventh consecutive day on Tuesday in what has become the worst domestic outbreak since March last year. Mainland China registered 118 new infections, up from 109 a day earlier, the national health authority said in a statement.

Hong Kong Chief Executive Carrie Lam has announced the extension of social distancing measures due to expire this week, as the metropolitan area remains on heightened alert after the number of cases returned to triple digits.

Backers of Russia’s Sputnik V vaccine say it has been approved in Turkmenistan, an ex-Soviet nation in Central Asia that hasn’t officially reported any coronavirus cases so far.

The Russian Direct Investment Fund that bankrolled the development of the jab said that health officials in Turkmenistan gave Sputnik V the green light “under the emergency use authorization procedure.”

Morocco’s health ministry confirmed its first imported case of the more contagious variant first discovered in the UK. The person who contracted the variant was a Moroccan national returning from Ireland, via Marseille, the ministry said.

Australian Open boss Craig Tiley said “the vast majority” of players were in support of Australia’s strict coronavirus protocols after holding a conference call with some 500 players on Tuesday.

More than 70 competitors and their entourage are confined to their hotel rooms for 14 days, unable to practice after passengers on three charter flights returned positive tests.

Some players have complained about the hard quarantine imposed upon them, and men’s world number one Novak Djokovic sent Craig Tiley a letter asking for the restrictions to be eased, only to draw a backlash from locals, the Victoria state premier Daniel Andrews, and Australian player Nick Kyrgios, who described Djokovic as a “tool.”