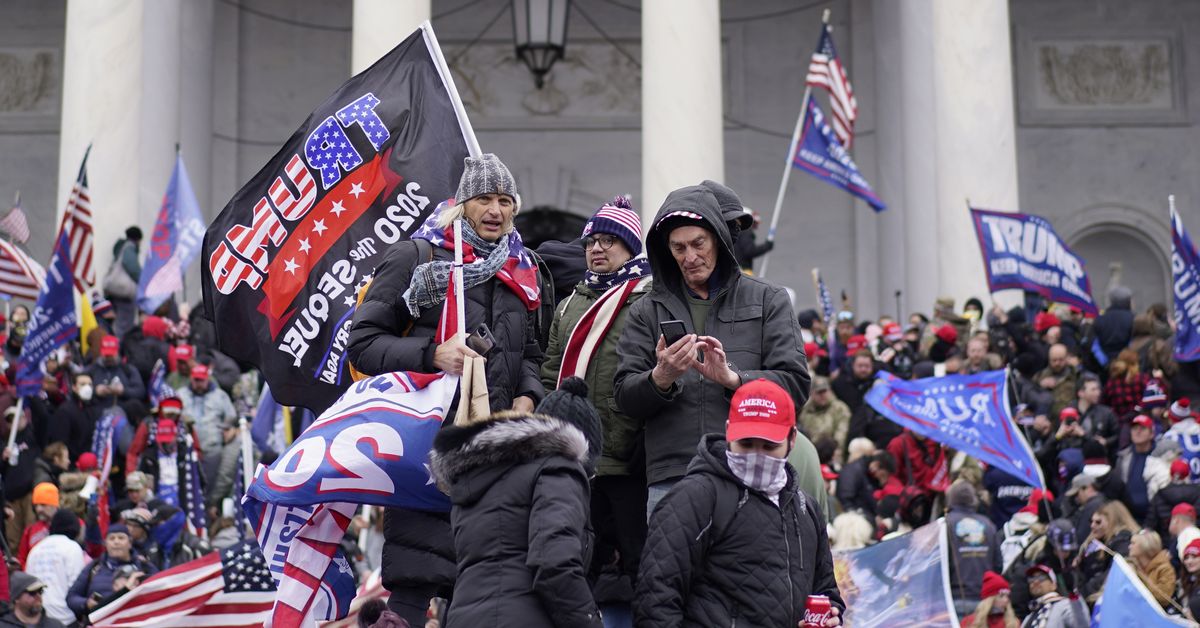 When thousands of insurrectionists descended on Washington, DC, from all over the country in early January, it had the makings of a COVID-19 superspreader event: people packed in close quarters, chanting and cheering, all unmasked. United States lawmakers tested positive for the virus after the pro-Trump riots, and those cases could be only the tip of the iceberg. The surge of activity, which snubbed all public health guidelines, could lead to outbreaks in the city, in prisons and jails, and all around the country.

Finding out exactly how much damage the riots did, though, would be an enormous epidemiological challenge. Tracking superspreader events is difficult under the best of circumstances. When the event is populated by people who are unlikely to cooperate with officials and case counts are already sky-high, that task gets even harder.

“The whole US is a superspreader event right now,” says Andrew Noymer, an infectious disease epidemiologist at the University of California, Irvine.

“The whole US is a superspreader event right now.”

Tracking the disease through the halls of Congress, where it touches public figures, is clearer: so far, six members of Congress reported positive test results after the riots when they were forced to pack into small rooms for safety. (A seventh tested positive the day of the riots and was already infected while they were ongoing.) Three Democrats who have COVID-19 explicitly blamed it on the close quarters and Republican colleagues who refused to wear masks.

Outside of the Capitol building, the disease was likely circulating as well. The far-right groups that gathered for the riots don’t take the pandemic seriously. “Part of the MAGA riot platform is a complete disavowal of science, of public health, and of the necessity of things like masks,” says Eric Reinhart, a researcher studying health and incarceration in the Department of Anthropology at Harvard University.

Among the thousands who traveled to Washington, DC from all across the country, people gathered outside without masks, broke into the Capitol building without masks, and returned to hotels, where they sat unmasked in lobbies. They risked spreading COVID-19 among themselves but also to people they encountered through the city, including DC workers. When they returned back home, they also could have seeded new outbreaks in their own communities.

COVID-19 is surging through the country, so everyone is at a higher risk of infection right now than they might have been at another point in the past year. But because of their behavior, the rioters may have been more likely to be infected and spread infection than the population at large, Reinhart says.

That’s one of the main differences between these riots and protests against police brutality over the summer (which were also not violent and were not trying to subvert the democratic process). Most people did not travel to participate in those protests, instead gathering where they lived, and the vast majority of protesters wore masks and were cautious about maintaining distance. The main risks of COVID-19 at protests against police brutality came from police officers who funneled protesters into tight quarters and arrested thousands.

“People were taken in paddy wagons or big vans with ten, 20 or 50 people,” Reinhart says. “Then they’re detained in bullpens in these jails, often with 20 or 30 people in a tight confined space.”

By contrast, fewer than 100 people were arrested in or after leaving DC in connection with the Capitol riot. For legal and public safety reasons, more arrests were likely warranted, Reinhart says. But for public health, he was relieved to see such a low number.

“Thank god they’re not throwing thousands of people into jails”

“Thank god they’re not throwing thousands of people into jails in DC and Virginia right now, because that would be an absolute disaster, not just for those detained, but for everyone,” Reinhart says. COVID-19 spreads more quickly in the close quarters of a prison or jail than outside of it. When the virus takes hold in one of those facilities, it also cycles out to the surrounding community as guards arrive and go home each day and as people are brought in and released. In Illinois, people cycling in and out of Cook County Jail explained about 15 percent of COVID-19 cases in Chicago, Reinhart’s research found.

The small number of rioters arrested may have blunted that element of risk to public health after the riots. But hard-line Trump supporters like the ones seen at the Capitol tend to be anti-maskers and are less likely to follow public health guidelines than the general population. The chances that the few dozen rioters who were arrested had COVID-19 and brought it into a jail may be higher than the typical incarcerated person. Even with lower numbers, it’s reasonable to speculate the rioters could be a risk for jails and prisons, Reinhart says.

It could be weeks until epidemiologists are able to piece together the full ramifications of the Capitol riots on COVID-19 spread, if they do at all. It takes meticulous detective work to quantify the ripple effects of a gathering, Noymer says. There are two strategies researchers could use. One involves finding the genetic sequence of the virus that infected someone who got sick after the riots, they could follow it as it jumped from person to person. That’s how experts tracked the spread of the virus from a conference in Boston last year, finding around 245,000 cases could be traced back to that single event. It’s unlikely to be a good strategy for the riots since it depends on people who were at the event coming forward and agreeing to participate in research. “Good luck getting these people to cooperate,” Noymer says.

“Good luck getting these people to cooperate.”

Another strategy is measuring the changes in the number of cases in an area before and after an event, and modeling how much the event likely contributed to any change. That’s the basis for a study analyzing the impact of an August motorcycle rally in Sturgis, South Dakota, on COVID-19 spread. The motorcycle rally happened when COVID-19 cases in the United States were far lower than they are now. Disentangling the reasons for infections and finding bumps in case numbers will be harder now after the Capitol riots when there are over 200,000 cases reported each day.

Neither method is perfect, and both rely on modeling and estimates. Coming up with numbers may be a helpful way to conceptualize the damage done by an event like the riots at the Capitol, but it’s not the only way to know something bad happened. The riots were clearly a significant event and based on every public health metric, likely spread COVID-19. Experts don’t need to quantify exactly how much it supercharged the spread of the virus in order to feel confident that it mattered and that it was dangerous. “We don’t need to try and put a number on it,” Noymer says. “It’s a fool’s errand.”