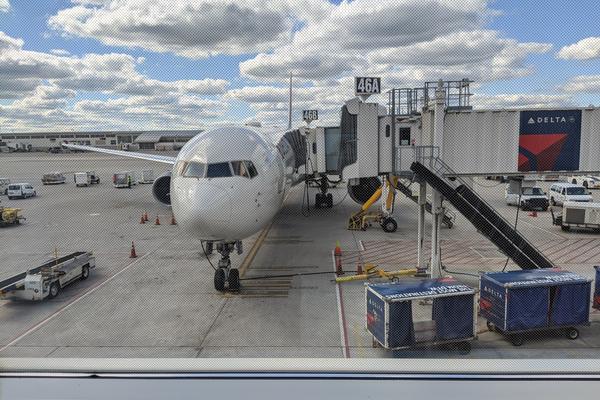 A new report issued by a travel and data analytics company shows in hard, stark numbers just how devastating the coronavirus pandemic has been to the airline industry.

According to Cirium, with headquarters in London and Portland, Ore., COVID-19 has reduced passenger traffic on global airlines to levels not seen since 1999, with traffic down 67 percent in the year 2020 alone compared to 2019.

More than 40 airlines completely ceased or suspended operations, and experts expect more to fail in 2021, according to CNBC.

“The pandemic and its consequences wiped out 21 years of global passenger traffic growth in a matter of months, reducing traffic this year to levels last seen in 1999,” Cirium said in a press release to announce its findings.

Only 2.9 trillion global revenue passenger kilometers (RPKs) were recorded in 2020, versus 8.7 trillion in 2019. RPKs are used as a measure of airline traffic.

TSA normally processes an average of 2.2 million passengers per day in the U.S. In 2020, that daily average dropped to just about 888,000 people.

As for returning to normal, Asia-Pacific and North America were the “fastest to establish themselves on the long path to recovery,” according to Cirium’s Airline Insights Review 2020 report. That trend was reflected in Cirium’s list of the world’s busiest airports, which was dominated by airports in the U.S. and China.

Acknowledging that major cities such as New York, Beijing and Shanghai were missing from the list, David White, a vice president of strategy at Cirium, told CNBC it appears that airports such as New York’s John F. Kennedy have been “disproportionately impacted due to their international traffic in normal times.”

“Airports such as Minneapolis, O’Hare (Chicago), [Dallas-Fort Worth], Atlanta and Charlotte have significantly higher traffic than JFK now due to the volume of domestic flights at those domestic hub airports,” he said.

Cirium expects passenger demand for air travel to bounce back in 2024 or 2025, with domestic and leisure traffic being the first segments to show “sustained recovery.”