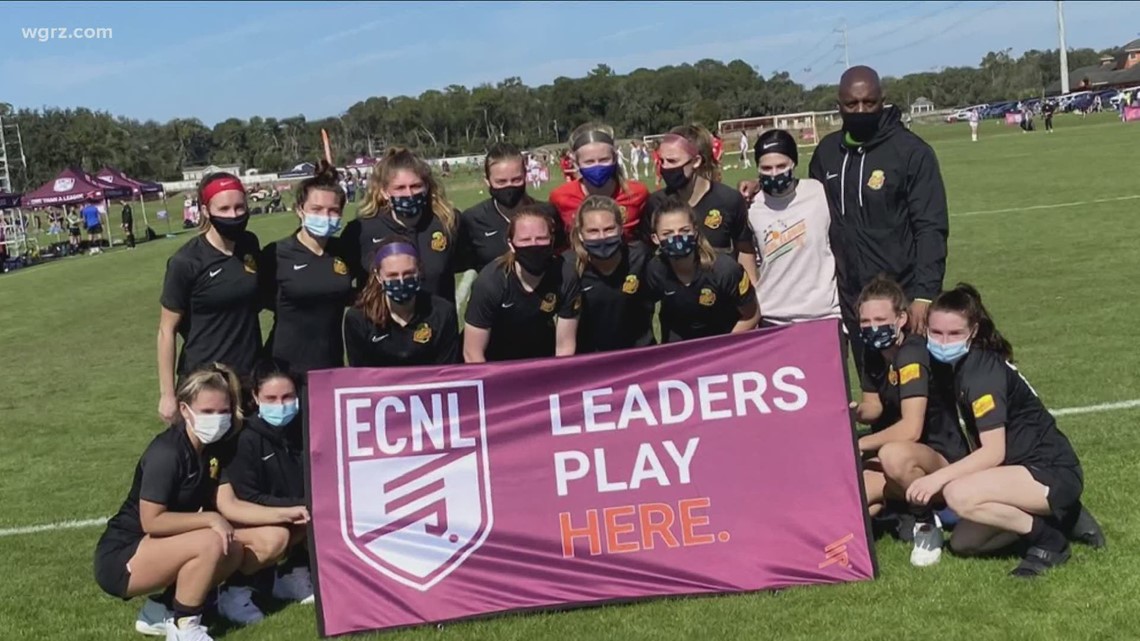 The Flash Academy Director says they know about state travel guidelines with proper testing and now quarantine for all who traveled to Florida.

BUFFALO, N.Y. — We know many kids and their parents have been anxious to see the return of youth sports programs which were impacted by COVID concerns.

But a recent out-of-state trip for some teenage soccer players is raising some questions.

For girls on three local teams taking part in this recent soccer tournament in Florida, as seen on the WNY Flash Academy Twitter Page, it was a thrill to get out there and compete.

Academy Director Aaran Lines says “They were extremely excited to get down there and play soccer for the first time in 15 months. The joy on the kid’s faces was just tremendous.”

And the Twitter account, which they allowed us to use, says they’re planning another trip in a few weeks for a boys soccer tournament to Phoenix.

It sounds like fun. But the only issue may be is this technically OK with state and county government?

You may recall that back in the fall Erie County Executive Mark Poloncarz criticized and mentioned potential fines for organizations or leagues for out of state travel with youth hockey which is indoors.

But in response to one of our viewers, we specifically asked the county and state health departments about that.

Their emailed replies came in this way. As a moderate risk sport a tournament is “not allowed” according to the Erie County Health Department which also suggested parents send in concerns.

And the state, referencing guidance from July,  says “not permitted” and that specifically refers to competitive tournaments requiring travel.

2 On Your Side asked Lines is that concerned him. He replied “I’m not aware of  that. We follow the New York State guidelines for travel advice.”

Flash Academy says their administrator at the Sahlen Sports Complex in Elma was called Tuesday by a representative of the Erie County Health Department but we cannot confirm their discussion and what was actually said.