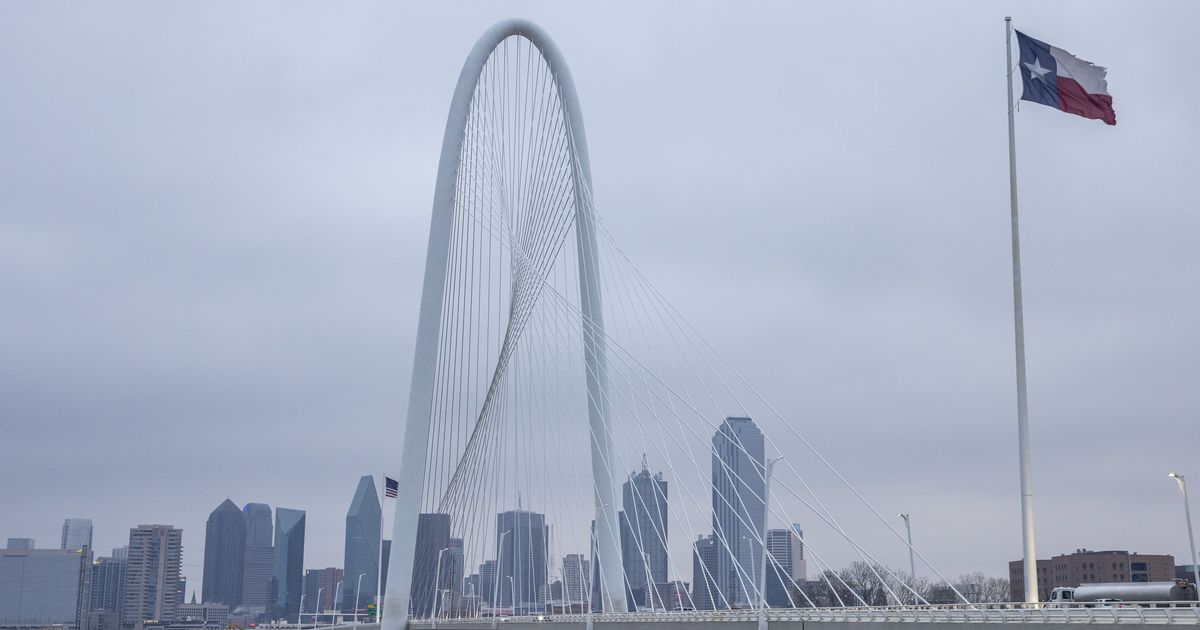 Updated at 4:30 p.m. Friday: Revised to include a disaster declaration issued by Gov. Greg Abbott.

North Texans on Friday prepared for what could be the region’s largest snowstorm in years.

The National Weather Service issued a winter storm warning for all of North Texas in effect late Saturday through Monday. The warning — which includes Dallas, Denton, Collin and Tarrant counties — cautioned that North Texas could see snow accumulations of 3 to 6 inches Sunday night into Monday morning with some light ice mixed in.

The warning was upgraded Friday afternoon from a winter storm watch as forecast models pointed to a greater chance for a major snowstorm this weekend.

“Travel will be dangerous,” the Weather Service said in a statement. “The heavy snow and forecast long duration of extremely cold temperatures will likely lead to major stress on the region’s infrastructure as well as crippling travel for several days.”

North Texas could see a brief round of a wintry mix late Saturday, but any accumulations are expected to remain light, according to KXAS-TV (NBC5) meteorologist Grant Johnston.

Things can (and will) change. But this is an early look at the snowfall potential for late Sunday into Monday. So yes, with subsequent model runs, this map may be “tweaked after tweeted” ? Looks like it’s going to be a significant snow for NTX. #NBCDFWWeather pic.twitter.com/whk5VPQS74

The main event is expected late Sunday, when heavy, blowing snow could make driving conditions dangerous, and when wind chills could drop as low as -15 degrees, according to the Weather Service.

“You need to prepare for a major winter storm the way it’s looking,” Johnston said. “We could be talking near blizzard conditions with strong winds, dangerous cold air, and accumulation is likely…. This is looking like it’s going to be a major winter wallop.”

By early next week, lows are expected to dip into the teens and single digits, and North Texas could see another round of snow on Wednesday, according to Johnston.

“Texas should heed the guidance of their local leaders and stay alert to changing weather conditions in their area,” Abbott said in a written statement. “These resources will help us respond to this severe winter weather and keep our communities safe.” 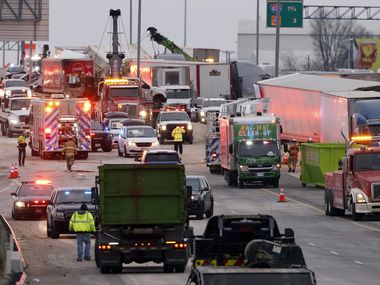 Across the area, some North Texans spent part of Friday preparing for a frigid weekend.

Though she didn’t consider herself a panic-buyer, Edith Huerta picked up some essentials Friday morning at the El Rancho supermarket in Old East Dallas.

It’s been more than five years since North Texas saw any significant snowfall. Dallas-Fort Worth recorded 3.5 inches between March 4 and 5, 2015, according to the Weather Service.

Danielle Chiveya said she remembers that last snowstorm well — she had to move during it.

The move was only supposed to be a 20-minute drive across Dallas, but it ended up taking about 14 hours, finally wrapping up about 2 a.m. on March 5, Chiveya said.

“It took me all day to drive,” Chiveya said.

While shopping for groceries Friday morning, Chiveya said this time she feels ready for the snowstorm — she has to be.

Chiveya is a nurse and is scheduled to work Monday morning, and she plans to be there even if it means leaving her home two hours early for a drive that normally takes 10 minutes.

Chef James Rowland, owner of Carver Park in northeast Dallas, was also more concerned with work than the snow.

With the bulk of the snow expected to fall Sunday, Rowland is expecting his business on Valentine’s Day — typically one of the busiest days of the year for restaurants — to take a hit. Rowland said he is also concerned with being able to drive to work after the snowfall.

“Monday is gonna be a big day,” Rowland said.

Rowland, who has picking up some eggs and pasta Friday morning for his restaurant, said he noticed some North Texans were already preparing for the snowstorm

Almost every day of the week, Rowland said he picks up something from the Tom Thumb off of U.S. Highway 75 and Meadow Road. Though there wasn’t a mad rush of panic-shoppers at the store Friday, Rowland said he noticed some shelves were a little emptier than usual.

“In a sense, yes, you are preparing a bit more,” Rowland said.

With temperatures not expected to get above freezing until late next week, and possibly more snow in the forecast on Wednesday, it could take some time for any accumulations to melt.

The Weather Service in a statement cautioned that travel could be difficult into mid-to-late next week.

As of noon Friday, Dallas-Fort Worth had been below freezing for 64 hours straight. The record for most consecutive hours below freezing in North Texas was set in 1983, when the area spent 295 hours below 32 degrees from the morning of Dec. 18 through the afternoon of Dec. 30, according to the Weather Service.

The 1983 record should stay intact, but by next week, North Texas could have stayed below freezing for more than 200 hours.

Shelby Mower, 22, took her two dogs out to the Meadows Foundation dog park in the afternoon to tire them out before the night. Mower, who moved to Dallas from Utah a few months ago, was not expecting the temperatures to drop as much.

”I’m used to the cold weather, but I was not prepared for this at all and so I left all my coats in Utah,” she said.

Taylor Luis, 26, walked out of a Target off of Haskell Avenue with her fiancé Friday afternoon. They stocked up on groceries and “a lot” of Valentine’s Day chocolate to stay tucked in throughout the weekend.

Originally from Michigan, Luis said she is used to the cold, but that she still had bring out her heavy coats from storage to be “ready to go for the cold.”

To keep safe from the coronavirus and stay warm, the couple is planning to stay in on Valentine’s Day and enjoy a home-cooked steak.

We were able to open early today due to unexpectedly better weather. Things are running smoothly @fairpark . We are vaccinating indoors today second shots only for those whose second shot were due Monday-Thursday. We have heated buses to take you to the building from your car. ??

Tarrant County: Tarrant County Public Health said in a tweet Wednesday night that its vaccine clinics will be open Friday for those with scheduled appointments. COVID-19 testing sites will be closed Friday through Monday.

Denton County: The county said in a tweet Tuesday that the county’s vaccine clinic at Texas Motor Speedway in Fort Worth would be open from 12 p.m. to 4:30 p.m. Friday by appointment only. People originally scheduled for vaccination Thursday had their appointments moved to Friday, the county said.

Parkland Health & Hospital System: The vaccination sites at Ellis Davis Field House and Eastfield Community College in Mesquite would be closed Thursday through Monday, the hospital said. People with appointments for those locations were to go to Parkland Memorial Hospital at their scheduled time, and anyone who couldn’t make it were to be contacted by Parkland.