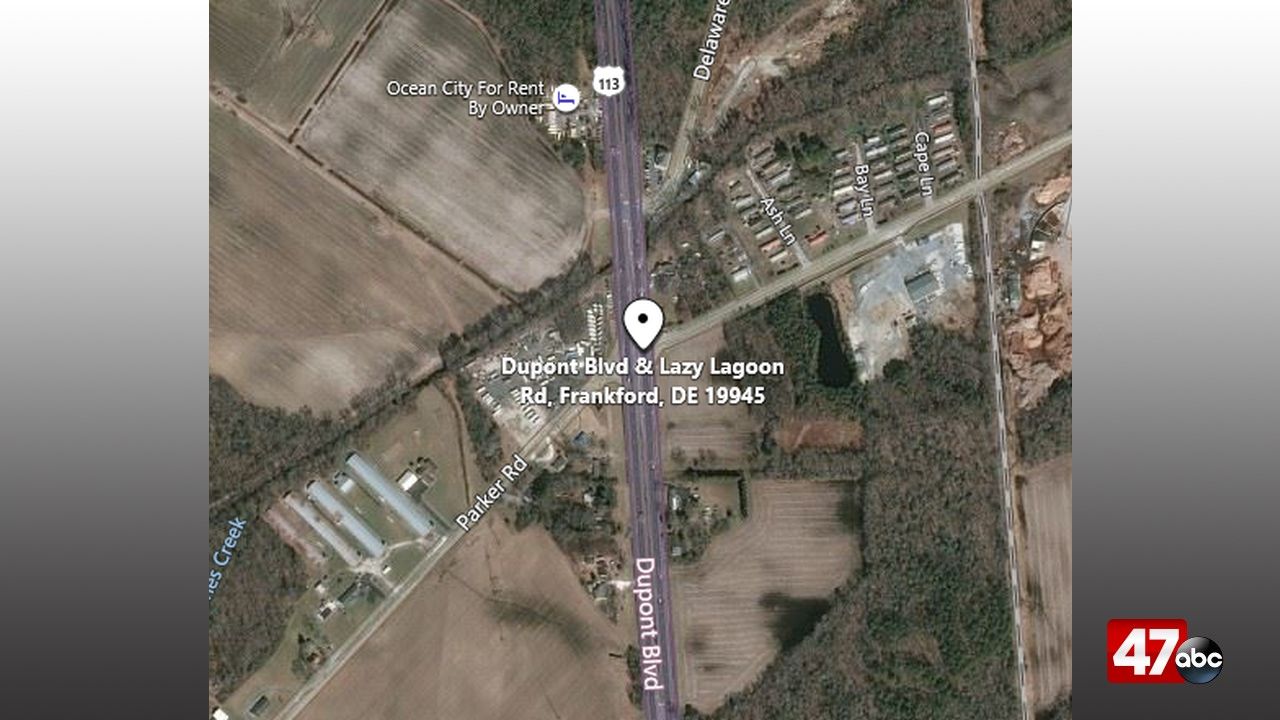 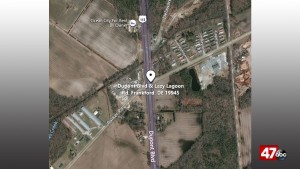 According to police, the force of the impact caused the Subaru to rotate 180 degrees before coming to rest in the middle of the road. Police say the unknown vehicle fled the scene and continued traveling north on DuPont Boulevard.

After the collision, a 2011 Lexus RX350 driven by a 61-year-old man of Selbyville approached the scene traveling northbound on DuPont Boulevard. Police say the car came to a complete stop in the road. The 61-year-old driver and a male passenger of Selbyville exited the Lexus to help the Subaru operator who was disabled in the roadway. Police then say a 2020 Acura RDX driven by a 61-year-old female of Berlin, MD, was approaching the scene traveling northbound on DuPont Boulevard. As the Acura reached the scene, we’re told the front of the car struck the rear of the Lexus. Police say the Lexus entered into the crossover between the northbound and southbound travel lanes, where it came to a final rest.

After the second collision, a 2002 Ford Explorer driven by a 67-year-old man of Ocean City, MD, approached the scene traveling northbound on DuPont Boulevard. Police ay when he reached the collision scene, the front of the truck hit the left side of the Acura that was also disabled in the roadway . As a result of the impact, the Lexus was forced into the left side of the Subaru, causing both vehicles to exit the northbound travel lanes and come to rest on the northbound shoulder of DuPont Boulevard. According to police, after the impact, the Ford entered the grass median and struck a roadway sign before coming to rest in the median.

The crash remains under investigation. Anyone with information is asked to contact Detective K. Argo by calling 302-703-3267. Information may also be provided by calling Delaware Crime Stoppers at 1-800-TIP-3333.