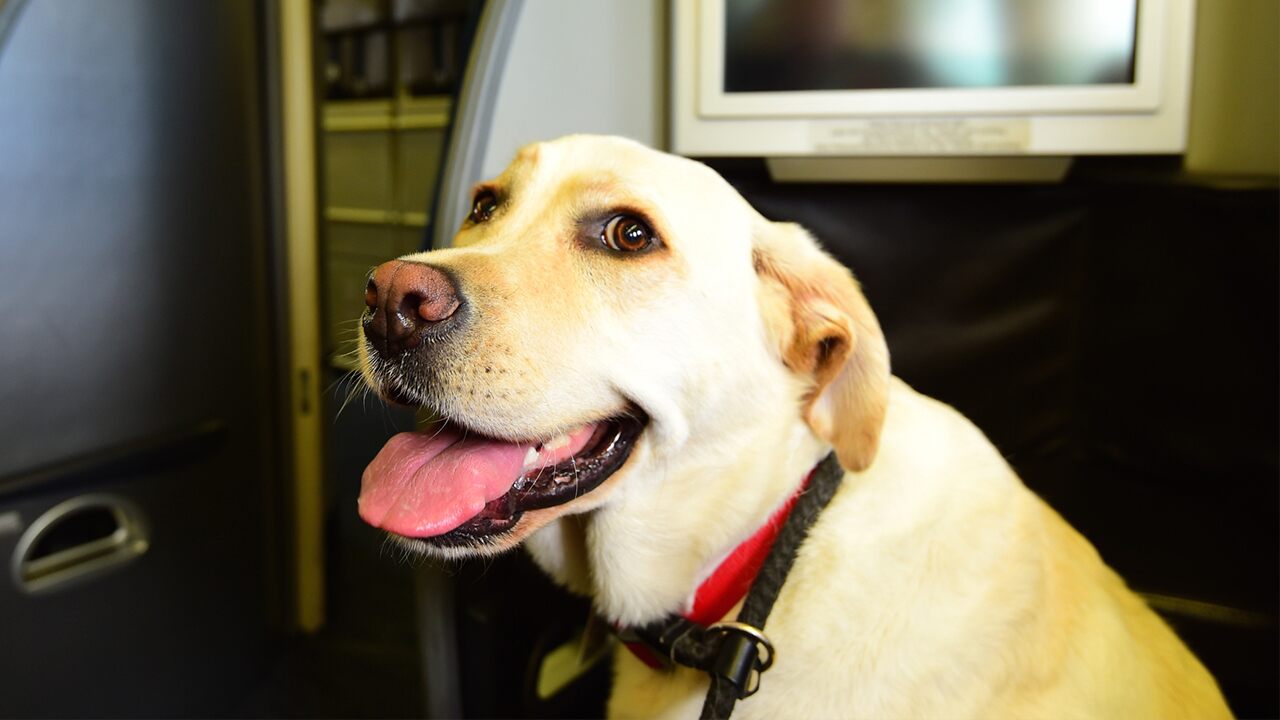 Delta Air Lines and JetBlue are the latest major carriers to cut the leash and ban emotional support animals (ESAs) on flights.

The airlines cite the final decision from the U.S. Department of Transportation (DOT) on the controversial travel topic in making the change. Announced in December and effective Jan. 11, the DOT’s revision to the Air Carrier Access Act declared that ESAs will no longer be considered service animals on flights, giving airlines the OK to ban them. Trained service dogs, however, are still welcome aboard, with proof of proper registration.

The DOT’s revision to the Air Carrier Access Act is a game changer for policy and “ruff” news for some animal lovers.
(iStock)

In “ruff” news for some animal lovers, Delta and JetBlue will no longer accept new bookings for ESAs starting Monday. The carriers join Alaska Airlines and American Airlines in banning ESAs from travel.

In a statement, Delta applauded the DOT for empowering airlines to put the safety of customers and crew first, citing a rising number of incidents involving ESAs in recent years.

“Delta’s updated policy follows a nearly 85% increase in animal incidents since 2016, including urination, defecation and biting,” David Garrison, S.V.P. Corporate Safety and Security, said in a news release. “Our top priority is the health, safety and comfort of Delta customers and our people. We strongly believe this policy change will enhance the overall travel experience for everyone.”

A spokesperson for JetBlue echoed similar sentiments, telling Fox News that starting Monday, ESAs will no longer be recognized as service animals with the airline.

“JetBlue is and has always been committed to serving those customers who require assistance or accommodations, while at the same time maintaining a safe and comfortable experience for all customers and crewmembers,” the rep explained. “Following the issuance of a new rule by the Department of Transportation… JetBlue will no longer accept emotional support animals for new bookings for travel after that date.”

For trips booked with an ESA through February 2021, the animal will be allowed to fly if all proper documentation was submitted by Dec. 20 of last year. Moving forward, customers who hope to fly with an ESA “will need to consider other options” for transit, like switching the animal’s designation to an in-cabin pet, if it meets the carrier’s requirements.

The subject of emotional support and service animals on airplanes was a major travel news topic of 2018, after an emotional support peacock named Dexter and his owner were denied boarding on a United Airlines flight. Months later, a French bulldog died in the high skies after being placed into an overhead bin by a United flight attendant for the duration of the trip.

From there, emotional support cats, squirrels and hamsters continued to make headlines and create debate.