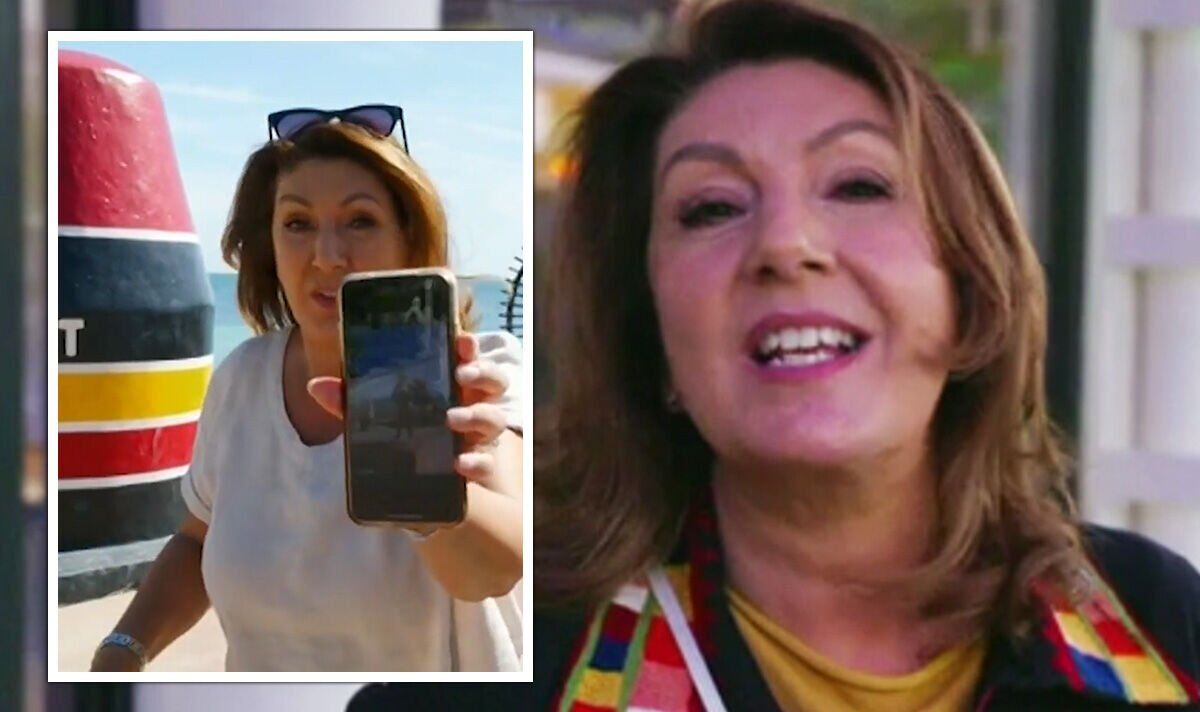 Former Loose Women star Jane McDonald revisited the USA for her Channel 5 travel show Holidaying With Jane McDonald: Florida. The 59-year-old took a trip down memory lane and explored the Florida Keys as well as the waterways of Fort Lauderdale. She also wanted a photograph with the Southernmost Point Buoy, in Key West, and let viewers in on a “fantastic” way to beat the lengthy queues.

During an episode of the two-part series, Jane was greeted by a welcoming tour guide called Alejandro who rode a bike with a carriage attached to it which Jane could sit on to take in the views of the Sunshine State.

Jane wanted to have a look at Southernmost Point Buoy, but she was not keen on standing in a queue for up to an hour to have a photograph of it.

Tour guide Alejandro said: “To take a picture of the southernmost point of the USA is huge and people wait 45 minutes to an hour to have their picture with it.”

The camera panned to the tourist attraction, with Jane commentating: “This is what people queue to selfie with, a colourful buoy that marks the southernmost tip of the USA.

Jane added: “I’m enjoying this so much and you get to know how to sort everything out [thanks to] Alejandro – nice.”

Elsewhere in the series, Jane visited Fort Lauderdale and explained she worked there during the 1990s when she sang on cruise ships.

At the end of the programme, Jane admitted: “Do you know, my heart is here and I don’t want to leave.

“It’s brought back so many amazing memories here and seeing my old friend has been amazing.