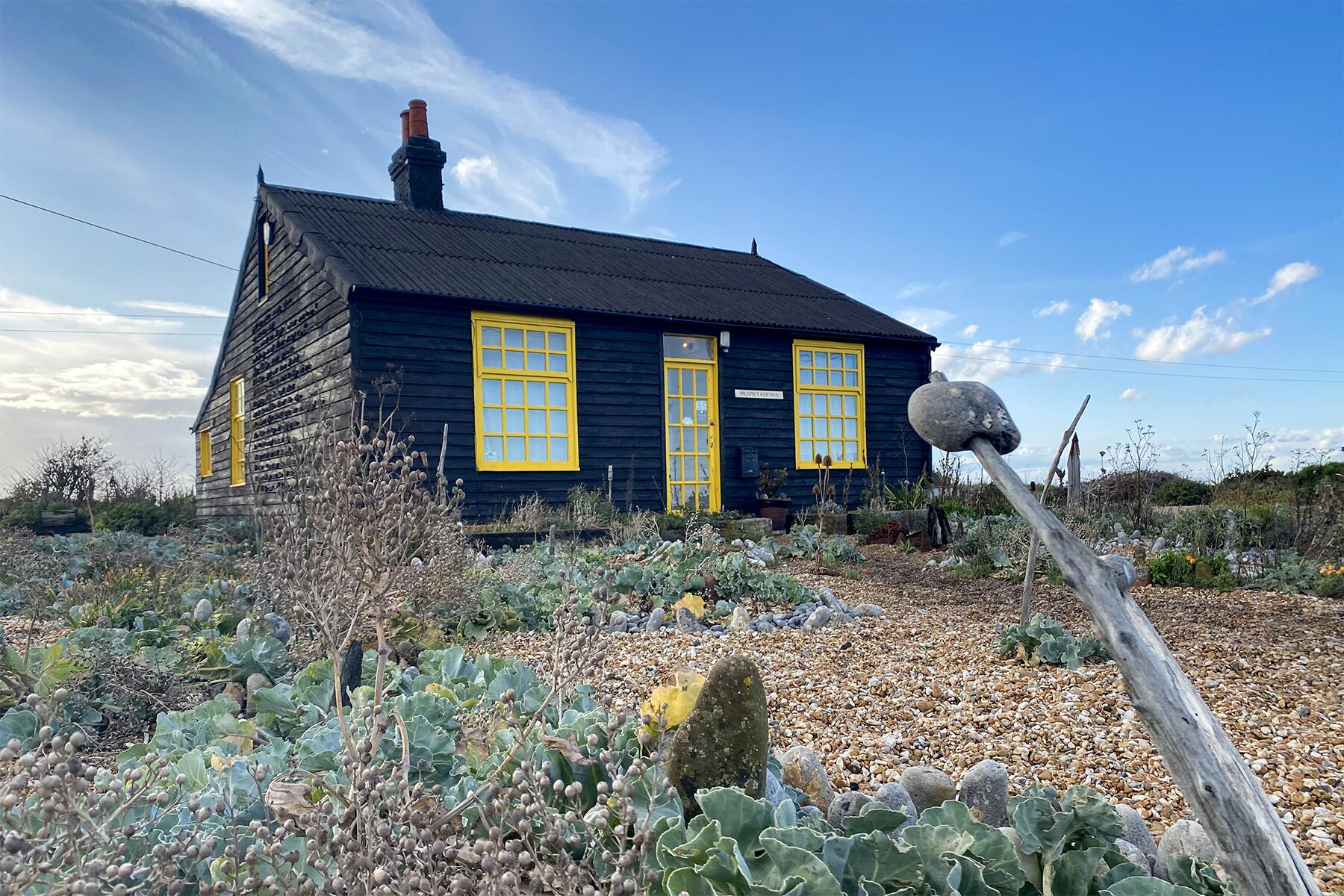 Jutting out from the Kentish coastline on the southeastern tip of England, Dungeness Nature Reserve has one of the strangest landscapes in all of Europe.

This 468-acre estate, which, although not officially classified as one, is considered Britain’s only desert due to its high aridity and its tough, prickly plants, and is notorious for what some describe as a post-apocalyptic atmosphere.

Two hulking nuclear power stations, one built in 1965 and now closed and the other still operating since 1983, fill the view inland with a never-ending plume of smoke emitting from the chimneys. Leading toward the ocean, often blown into a frenzy by violent Atlantic winds, is a covering of the largest shingle beach in the world: pink and yellow and green pebbles are piled together in their billions.

In between, there are towering lighthouses, abandoned rusting metal frames, collections of driftwood, and dozens of fisherman’s huts converted from 1920s railway coaches that have been painted black with tar to protect against the corrosive sea breeze. A vast array of biodiversity can be found in Dungeness, which is home to 600 species of plants—a third of Britain’s entire total—and crawling with furtive lizards, kestrels, and butterflies. 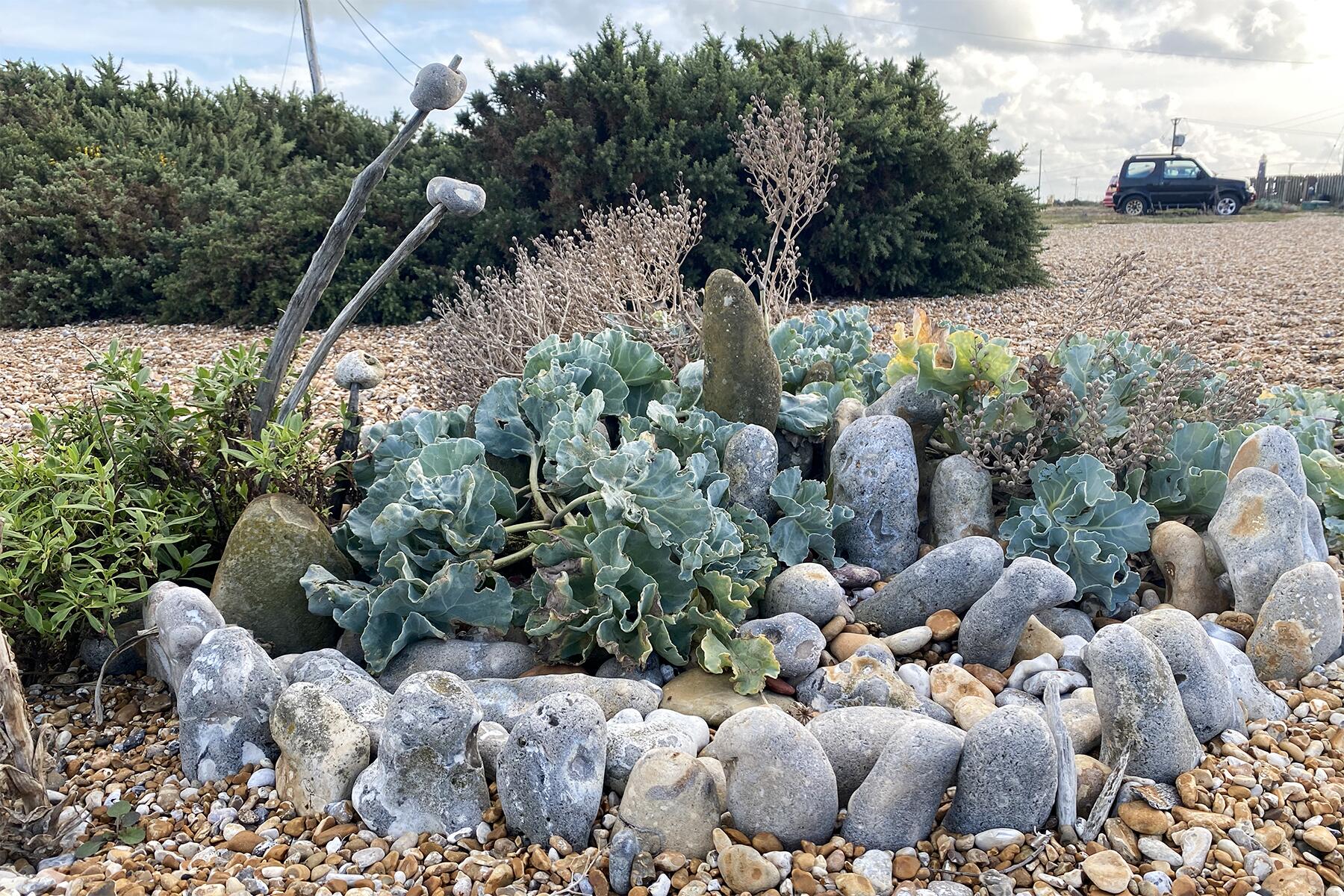 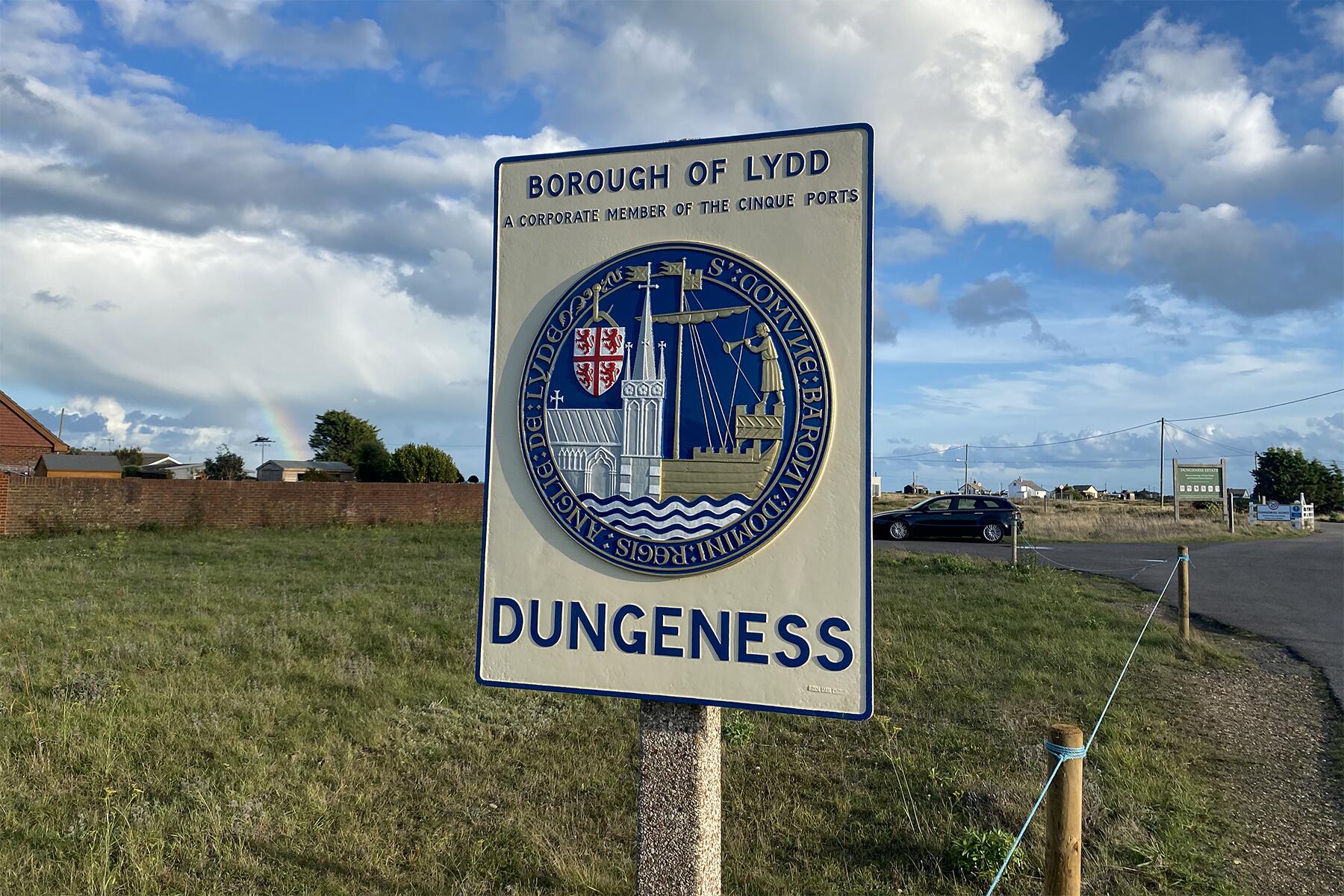 1. A vast array of biodiversity can be found in Dungeness.Peter Yeung;

Continue Reading Article After Our Video

Nicknamed by locals the “fifth quarter,” it’s a microclimate of extremes quite unlike anywhere else. As one writer for The New York Times once put it: “If Kent is the Garden of England, Dungeness is the back gate.”

But over the years, Dungeness has captured the imagination of many of those that have visited—its barren, often bleak vistas have come to be cherished rather than disparaged.

“I first visited Dungeness more than 30 years ago, just as a casual visitor,” says Niko Miaoulis, who runs The Pilot Inn Dungeness, a local pub, with his wife. “I fell in love with the place, with the solitude and the peace of it.”

Long before even the arrival of the power stations of modern times, there was a history of mythology and legend about the area, according to Miaoulis. Records show that Neolithic stone structures more than 4,000 years old were built here, and locals claim that Crispin and Crispinian, the twin Christian patron saints of shoemakers who became martyrs, were buried here around 285.

“This history dates back hundreds and thousands of years,” adds Miaoulis. “Back when the land was inundated by the sea, Dungeness was an island. Over the years, there’s been law and legend about smugglers and ghosts. It carries forward to even this day.”

One of the key moments in the recent history of Dungeness was the arrival of Derek Jarman, an avant-garde British filmmaker who came to fame with charged biopics of Italian Baroque painter Caravaggio and Austrian-British philosopher Ludwig Wittgenstein, and also music videos for likes of the Smiths, Pet Shop Boys, and the Sex Pistols. Jarman bought one of the Victorian-age fisherman’s huts in 1986 for £32,000 using inheritance money from his late father, and it was to be his home until his death in 1994.

As well as developing his films—including The Garden (1990), which starred a young Tilda Swinton and was shot in “The Ness” as he called it—at Prospect Cottage (the name of his hut) Jarman passed his time painting, writing books and poetry, making sculptures, and repurposing flotsam found on the beach. He also became a gardener.

But when Jarman, who was known to wear a hooded robe, began creating his famed garden on the otherworldly shingle expanse outside his wooden hut, local fishermen feared he was some kind of sorcerer. “People thought I was building a garden for magical purposes, a white witch out to get the nuclear power station,” he said at the time. Due to regulations in the protected nature reserve, most fences are forbidden, so Jarman’s postmodern garden was open for all to see: a blend of strange flowers including cotton lavender, red poppies, bluebells, and primal stone circles.

“There are no walls or fences,” he wrote in his acclaimed book, Modern Nature (1991), a diary documenting his life in Dungeness. “My garden’s boundaries are the horizon. In this desolate landscape the silence is only broken by the wind, and the gulls squabbling round the fishermen bringing in the afternoon catch.”

Howard Sooley, a photographer who befriended Jarman after the two met in 1991 for a magazine shoot, was himself drawn back to Dungeness numerous times after his first visit. “There’s an extraordinary wildness to it,” he says. “There are old gravel pits behind the cottages, wild orchids down there, forests of bonsai sloe trees. There are no boundaries, no fences, so you can just walk around. It’s a precious place.”

That precious place, amid a stony desert along a supernatural coastal headland in England, will be preserved for now. Last April, a £3.5 million crowdfunding campaign by Art Fund saved Jarman’s cottage from being sold to private owners. Later this year, the interior of it will be opened up to visitors for the first time and there are plans to offer artists’ residences in Prospect Cottage itself.

“Dungeness is a wonderful and spiritual place,” says Paddy Hamilton, who has an artistic studio in the reserve. “The people who live here do so with respect and fortitude, as did Derek Jarman, who was another one of us living in a landscape larger and more powerful than we are.”