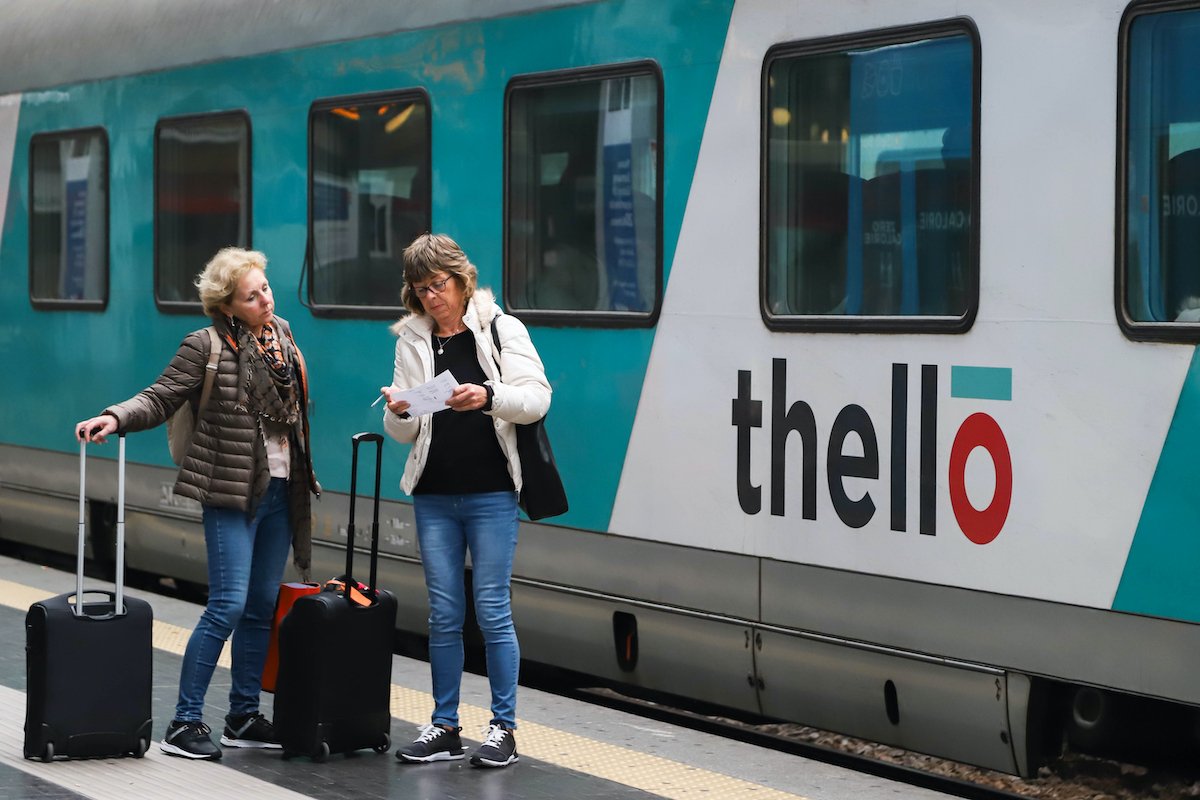 At a time when air travel is still either impossible or complicated and stressful, slow travel, preferably by overnight train, is becoming the new hot trend. Europe has been quick to jump on the wagon — forgive the pun — by creating several new train lines connecting European capitals via quite luxurious sleeper trains.

The scheme is called Nightjet and is run by an international consortium of railway companies led by Austria’s OBB. Some of the new trains will be operative at the end of this year; others will start running over the next 2 years. It couldn’t be more comfortable: Board your train in the center of one city (train stations in European cities tend to be very central, so no long drives to airports) and wake up in the center of your destination.

The Nightjet sleeper trains offer accommodation for all budgets, 1st and 2nd class, from 4-bed couchettes to single bed cabins with sink, shower, armchairs, et cetera. Needless to say that the trains run dining and bar cars and feature plenty of helpful staff who will tend to your every need.

Many more overnight routes in Europe are already in operation. First, we will introduce you to the newest trains, then we will tell you about the ample sleeper train network that is already in operation. Consider your ride in one of the sleeper trains not as a means to get from A to B but as an enjoyable part of your vacation and a new experience to see great cities and the beautiful landscapes that you pass through on your way to them. Night views out your window are magic.

This new route launches in December, starting in Vienna and going to Paris via Munich. In Paris, you can connect to the Eurostar if you wish. The trip will take 13 to 14 hours.

Another new Nightjet connecting Amsterdam with Zurich with a stop in Cologne, Germany, launches at the same time. Journey time will be approximately 7 hours.

This new sleeper train includes a stop in Milan. Travel time is 8.5 hours.

Wait a little longer and enjoy the trip from Berlin to Brussels, with a stopover in Paris if you like. Travel time is 7 hours.

If you wish to go further south to Barcelona, Spain, you can use the new Nightjet from Zurich, which will start running in 2024. Travel time is approximately 11 hours.

In this part, we will tell you all about sleeper trains in other parts of Europe, which have already been running for some time. As you can see, the network is really vast.

This is the only train that connects Germany directly to Sweden. The night train runs from Berlin to Sasnitz in Northern Germany, from where it is carried on a ferry to the port of Trelleborg in Sweden and then goes on the Malmo. It only runs in the summer months. The entire journey takes 10 hours, but what an experience to combine rails and the ferry ride across the Baltic Sea.

This train connects Prague in the Czech Republic with Krakow and Warshaw in Poland. See the entire route, reservations, and prices.

The Balkans are such an interesting part of Europe. This night, train which runs from Budapest, Hungary, to Bucharest, Romania takes you, among other great places, through Transylvania. You should stop at Brasov and from there visit Bran Castle, the home of Dracula. You can easily continue your journey to Bucharest. The entire travel time, not counting the time you may want to spend at Bran Castle, is approximately 17 hours.

If you fancy winter train travel in a snow-covered wonderland, book yourself on the Santa Claus Express. It’s an experience in many ways. First, this night train that leaves from Helsinki is a double-decker train. Next, travel through dense woods to the stop at Roveniemi and say hello to Santa Claus. Continue to the final destination, Kemijarvi, just above the Arctic Circle. The big windows of the train will allow you to see the famous Northern Lights as this is one of the best places in the world to admire this wonder of nature.

These trains are known for their great luxury and comfort. They connect Spain, Portugal, and France. There are actually two lines: the Lusitania line from Madrid to Lisbon in approximately 11 hours, and the Sud Expresso, which runs from Irun near San Sebastian in the north of Spain to Lisbon, and from there, to Hendaye in France. From here, you can connect to a French High-Speed Train to Paris.

If you wish to discover the wonderful world of Eastern Europe, Slovenia, and Croatia, then take the Lisinski overnight to Munich or Zurich. A special treat is that the route leads along Lake Bled, Slovenia’s great lake with an island and a famous church in the middle. You might even see the oarsmen whose profession is handed down from generation to generation, crossing the lake in their wooden boats.

His sleeper train runs from June to September and connects Belgrade in Serbia with the Macedonian capital Skopje and on to Thessaloniki. Founded in 315 BC, Thessaloniki is Greece’s second-largest city, an important port town located at the Thermaic Gulf of the Aegean Sea.

Who doesn’t like to dream about the famous Orient Express? This sleeper train from Sofia, the capital of Bulgaria, to Istanbul takes you along part of the old Orient Express route in about 10 hours. However, it does not end at the legendary Sirkeci Gare as the Orient Express did, but at the Halkarili station on the outskirts of Istanbul. Not to worry though, the newly extended Marmaray train will take you into the center of Istanbul.

Whether your starting point is Munich or Zurich, the Kalman Imre will take you to Budapest in approximately 9 hours. Crossing the whole of Austria, there is also a stop in Salzburg before you reach the Hungarian capital Budapest. Located along the Danube river, the entire center of Budapest is a World Heritage Site, so take your time to walk along the Charles Bridge, visit other historical sites, and don’t forget to sample the legendary beers.

Thello is a night train that runs from Paris to Northern Italy, with stops at such interesting destinations as Milan, Verona, and Venice. Thello also has day routes that take you from Paris to Marseille to suit your preferences.

This is a network of sleeper trains that takes you all over France. Settle down in your couchette in Paris and wake up either in Toulouse, further south near the Spanish border, or in Briancon in the Alps near the border with Italy. The choice is yours, sleeping the night away in comfort and using the day to explore your final destinations.

Trains in Europe generally run very much on schedule. Arrive on time and don’t count on delays or you will miss your sleeper train experience. Some train stations in Europe are huge with many platforms. That means you have a good bit of walking to do, as some platforms are also on various levels connected by lifts or escalators.

Depending on which of these trains you choose, some are only accessible if you have an Interrail Global Pass. Make sure when booking.

There are plans of the platform in Germany and Switzerland that show you exactly where your car will stop. It saves a lot of running along the train trying to find your reserved seat.