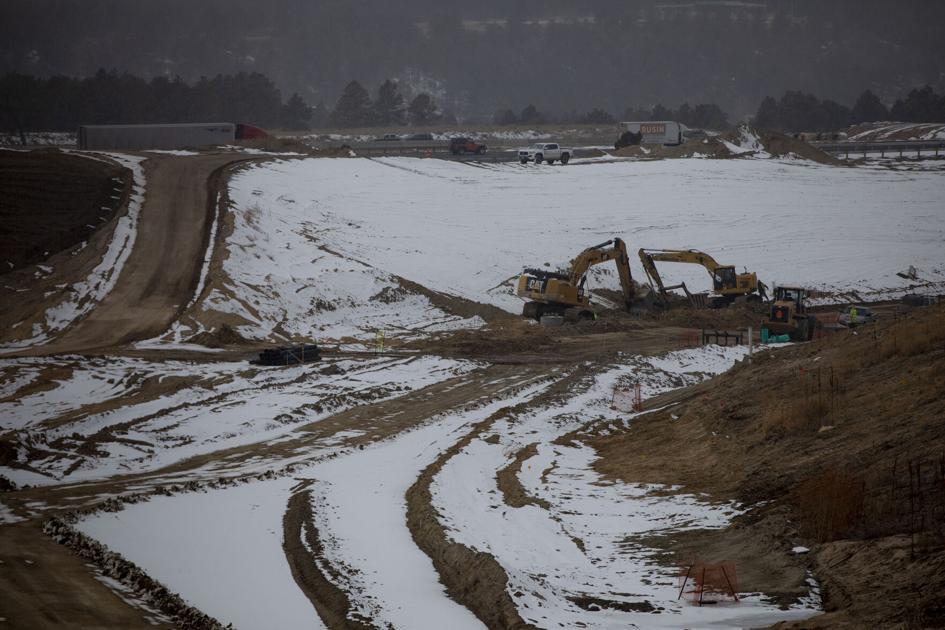 When it is eventually completed, the new link joining Interstate 25 and Powers Boulevard on Colorado Springs’ far north side will create an essential loop of major roadways around the city.

The new roadway will facilitate the area’s growing number of residents who travel across the region and will reduce pressure on crossroad and city traffic, county leaders said.

“We really don’t have a well-developed loop to aid people in getting around town,” El Paso County Commission Chairman Stan VanderWerf said.

Powers Boulevard is the county’s “best opportunity” to build a circular network of local roads thanks to explosive growth in eastern El Paso County, he said.

“There may be more traffic on Powers, but this way some pressure gets taken off I-25,” VanderWerf said.

The link will “change the dynamics” in northern Colorado Springs as the roadway is transformed into a high-speed thoroughfare appropriate for the area, he added.

“Will the road get used more? Yes. But it’ll be able to handle more,” he said.

Construction began in December 2019 on the initial $65 million project that includes the construction of a four-lane divided highway between I-25 and Voyager Parkway, south of North Gate Boulevard. This portion of the project, financed with bonds to be repaid by revenues from retail complex Polaris Pointe, is slated to be complete late this summer, project spokeswoman Kate Binning said.

But the vision for the circular link may not be realized anytime soon. It will not be  complete until another project — which will extend Powers Boulevard from Colorado 83, where it now ends, to Voyager Parkway — is finished, said Timothy Mitros, district manager of the Copper Ridge Metro District, which is leading the privately financed improvement.

Funding hasn’t been secured for this final link, according to the project website. Currently, the only funding identified for this portion of the project will come from the sale of future bonds, which is dependent on future development in Polaris Pointe, Mitros said.

It was unclear whether monies from President Joe Biden’s $2 trillion infrastructure spending plan unveiled last month — which included $621 billion to fund road, bridge, railway and other infrastructure improvements — could help pay for this project.

If additional funding is made available, projects from the state’s 10-year and 2045 transportation plans will be completed first, Colorado Department of Transportation spokeswoman Michelle Peulen said.

Residents living near Voyager Parkway said in general, they’re excited for the link to be complete and look forward to the convenience and added development it will bring to the area.

“We need this link. It will bring more people, and more people will bring more development,” creating a better economy and a nicer place to live, said Michael Young, a Northgate resident who grew up in Colorado Springs. “This side of town is where it will come, so I’m excited to have more restaurants and more shopping.”

El Paso County’s population, including Colorado Springs, is projected to grow from roughly 720,400 residents to about 950,000 by 2040 and could hit more than 1 million people by 2045, according to the Colorado Demography Office.

With more development comes added and improved roads, said El Paso County Commissioner Holly Williams, who represents the county’s district where the project is first  taking place. More roads and residents could mean more traffic and commuters, but there are options to reduce traffic volumes, she said.

“El Paso County is the fastest growing county in the state, and it’s projected to (surpass) the city and county of Denver population in the next five years,” Williams said. “There will always be more cars. But we are also talking about more carpooling and buses to our major employment centers.”

A pair of new express lanes being added along I-25 in the roughly 18-mile stretch between Monument and Castle Rock could encourage more people to commute to and from Denver, curbing the number of vehicles on local roads, VanderWerf said.

Increased numbers of people who continue working from home after the pandemic could also ease traffic, VanderWerf said.

“We live close to Voyager Parkway and (the noise) is annoying as it is,” she said. “I’m sure (the link) will make a ton of people’s lives easier, but it sucks that it’s right through a residential neighborhood.”

But traffic and noise go hand-in-hand with growth, Young said.

“A lot of good comes with growth. Everyone wants higher property values, but no one wants the traffic,” he said. “But that traffic means more people in the city, and it’s going to bring up property values.”