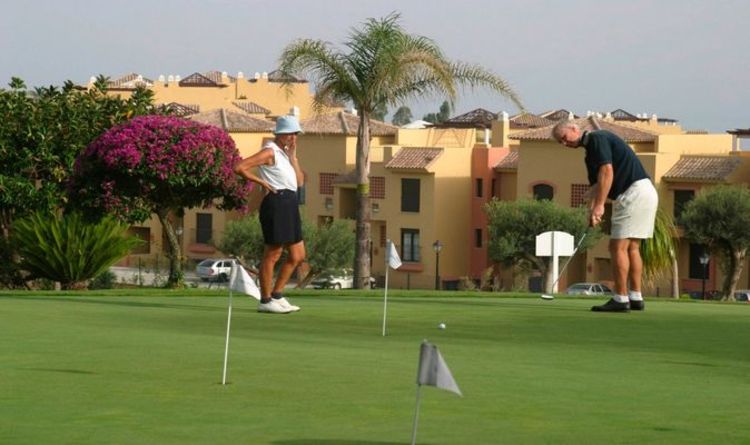 Pritchard told Express.co.uk: “UK buyers are clearly returning to Spain, based on our leads and sales figures.

“They led sales in October, buying more homes than any other nationality, and November has started strongly too.”

Although gaining Spanish residency has become more difficult after Brexit, many Britons are still looking to purchase second homes.

As British people can stay in Spain for 90 out of every 180 days, second home owners will still be able to spend several months a year at their property after Brexit.

“We’ve seen an uptick in purchases along the Costa Blanca and on Mallorca too.”

Recently, British expats have also been opting for hillside properties in towns such as Benahavis and Mijas.

British expats searching for a place in the Costa Blanca region often opt for the area around the popular tourist locations of Benidorm and Alicante.

Properties on the beautiful island of Mallorca are also growing in popularity with expats opting for easy beach access.

Pritchard told Express.co.uk that one particular type of property is extremely popular with British buyers.

He said: “Many Brits are looking for golf properties, with their extensive greenery and spacious surroundings.

“I think knowing that nothing will be built in front of you, as you are on a golf course, is a key part of the appeal, along with the picturesque, well maintained outlook.”

Golf properties have also soared in popularity in the sunny Spanish region of Murcia with Britons seeking great views.

The Costa del Sol is often known as the Costa del Golf due to the multiple golf courses along the coastline.

A Spanish golden visa allows expats to gain residency in Spain if they invest in the country, which can include buying property.

Pritchard told Express.co.uk: “We’ve seen many more buyers from the UK take an interest in golden visas since freedom of movement was curtailed.

“Those with a golden visa can enjoy unrestricted access to Spain for as many days per year as they wish, just as they did prior to Brexit.”