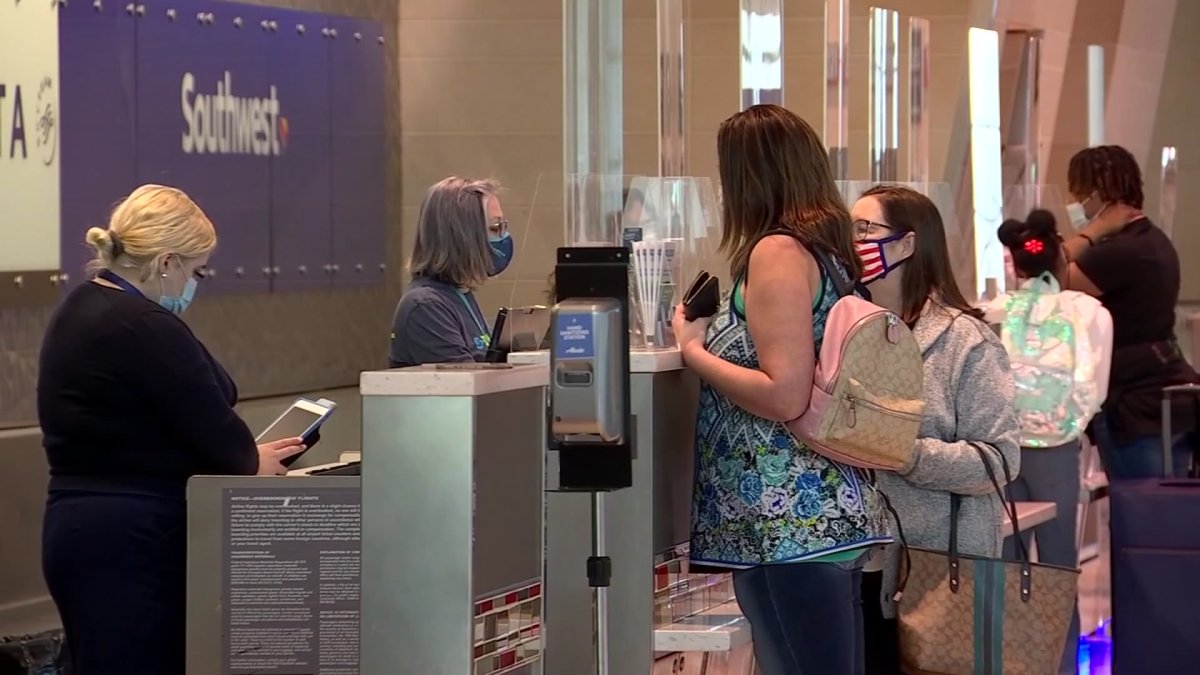 Memorial Day weekend is only days away and this year will look much different than 2020.

A year ago travelers canceled flights and trips due to the pandemic, but with vaccines now in the mix and fewer restrictions, many people feel more comfortable traveling.

More than 37 million Americans are expected to travel this weekend — a 60% increase from last year.

Airports, including Dallas-Fort Worth International, are expected to be busy.

“It’s going to be crowded at airports, if you think you’re going to get on a plane that was half full, that’s just not true,” The Dallas Morning News aviation reporter Kyle Arnold said. “It’s more likely that your plane is probably going to be more full in any time that we’ve seen in recent history.”

He said airports were expecting more traffic and will mirror 2019 numbers, except this time with masks.

“The biggest thing is that things are starting to look like a normal travel season even though, you walk into an airport, you still have to wear a mask, and there are still social distancing signs, but this is not the pandemic that you’re used to,” Arnold said.

In 2020 many people scrapped plans to travel due to the pandemic and restrictions, but this summer, people are making up for it.

“We both got vaccinated as soon as we could. My husband and I did, our whole thing and we did, so we don’t really have any concerns there, we just want to get back to normal. I mean we had our first baby in the middle of a pandemic, and obviously, nobody was prepared for any of this,” Meredith Lynch said.

She said she and her husband of 15 years, Shane, love to travel and had many destinations planned in 2020. They had to cancel them because of the pandemic, including a babymoon to the Bahamas.

She said they received credit for their trips and have used them for this summer.

“The first one will actually be to Charleston, South Carolina. The last week of June, I’ve got a bodybuilding show there, and then we’re planning on doing Vegas in July, and an anniversary trip to the Bahamas in August to celebrate our anniversary that’s actually next week,” Lynch said.

She said they’re eager to travel, except this time it will be with a baby, which is different from past years.

“We’re excited to just show Wren the world and take him on some trips and adventures and just have fun together as a last look forward to for sure,” Lynch said.

Arnold said compared to two years ago, more flights were departing from DFW.

“There’s actually more flights going out of DFW this summer than there were in 2019 and about 1% more, which is crazy to think how far it fell back in May, April and June last year when it was down 80% to 90% planes had 10 to 12 people on them,” he said. “You could get a flight anywhere for dirt cheap airlines were begging you to go anywhere, just to get some money back in their in their bank accounts.”

He said this year low prices will be harder to find since more people are flying.

“This year it’s going to be crowded, people are going mostly domestic locations in the United States like Florida, we’re actually seeing a big uptick in places like Cancun in Mexico and kind of those near international spots, they still can’t go to your Europe and Asia and places like that,” Arnold said.