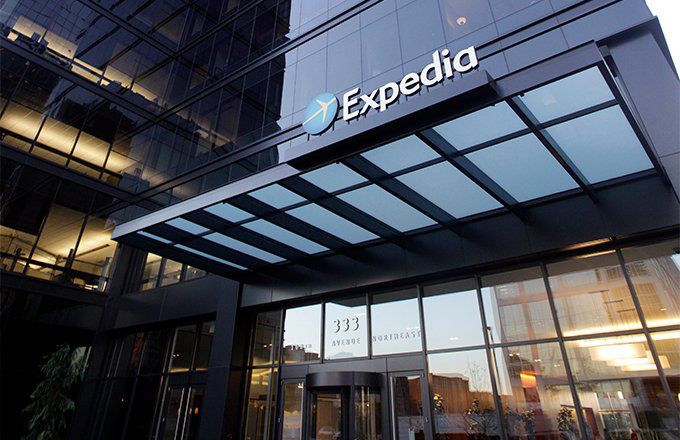 Expedia Group, Inc. (EXPE) reports fourth quarter 2020 earnings after Thursday’s closing bell, with analysts expecting a loss of $1.92 per share on $1.13 billion in revenue. If met, earnings per share (EPS) will mark a $3.16 decline compared to the $1.24 profit reported in the fourth quarter of 2019. The stock gained more than 4% after November’s third quarter release, despite a 57.7% year-over-year revenue decline, and added another 24% when Pfizer Inc. (PFE) reported positive vaccine results.

Expedia stock is trading close to a three-year high, with market players loading up on shares in anticipation of a second half recovery. However, it seems foolhardy because the stock was stuck in a downtrend prior to the pandemic, held down by customers finding better deals at airline and hotel sites. Those headwinds are likely to reemerge as folks finish up vaccine treatment and make up for lost time with visits to family and worldwide vacation destinations.

A December airline industry report predicted that passenger volumes will remain below 2019 levels until “2024 at the earliest,” compounded by declining business travel. Estimates relied on a Gallup poll indicating just 58% of Americans would take a vaccine, but the latest survey raised that estimate to 70%. In addition, researchers now believe that 43% of Americans have had COVID-19 or have taken at least one vaccine dose, placing the country much closer to herd protections.

Wall Street consensus on Expedia has lifted to an “Overweight” rating based upon 13 “Buy,” 1 “Overweight,” and 15 “Hold” recommendations. One analyst recommends that shareholders close positions and move to the sidelines. Price targets currently range from a low of $88 to a Street-high $180, while the stock will open Thursday’s session about $9 above the median $140 target. Reward:risk isn’t favorable for new exposure, given this placement and 300%-plus advance off the March 2020 low.

Toppy is a financial slang term used to describe markets that are reaching unsustainable highs. The term toppy may be used to describe a stock, sector, or broad market index such as the S&P 500 Index, that has had extended gains, but there is analyst sentiment or a general market consensus that a potential reversal is imminent.

The stock rallied above the 2007 high at $35.28 in 2012, entering a strong uptrend that posted an all-time high at $161 in July 2017. It fell into the $120s in the first quarter of 2018, filling out a trading range that contained price action until a March 2020 breakdown posted an eight-year low in the low $40s. A recovery wave into the second quarter stalled at broken range support, yielding mixed price action into a November breakout.

The stock has gained more than 45% since that time, setting off overbought technical readings that favor a pullback. Meanwhile, the rally has reached resistance at the 2019 high and nosed above that barrier, stretching within 12 points of 2017’s all-time high. There’s little to be gained in taking exposure at this lofty level, given realistic projections about the travel outlook and revenue in the next four quarters. As a result, cautious investors may wish to wait for the November gap between $106 and $119 to get filled.

Overbought is a term used when a security is believed to be trading at a level above its intrinsic or fair value. Overbought generally describes recent or short-term movement in the price of the security and reflects an expectation that the market will correct the price in the near future. This belief is often the result of technical analysis of the security’s price history, but fundamentals may also be employed.

Expedia stock may be trading at an unsustainable price level after a 300%-plus rally off March’s multi-year low.

Disclosure: Expedia Chairman Barry Diller is also Chairman of IAC/Interactive Corp, parent company of Investopedia. The author held no positions in aforementioned securities at the time of publication.