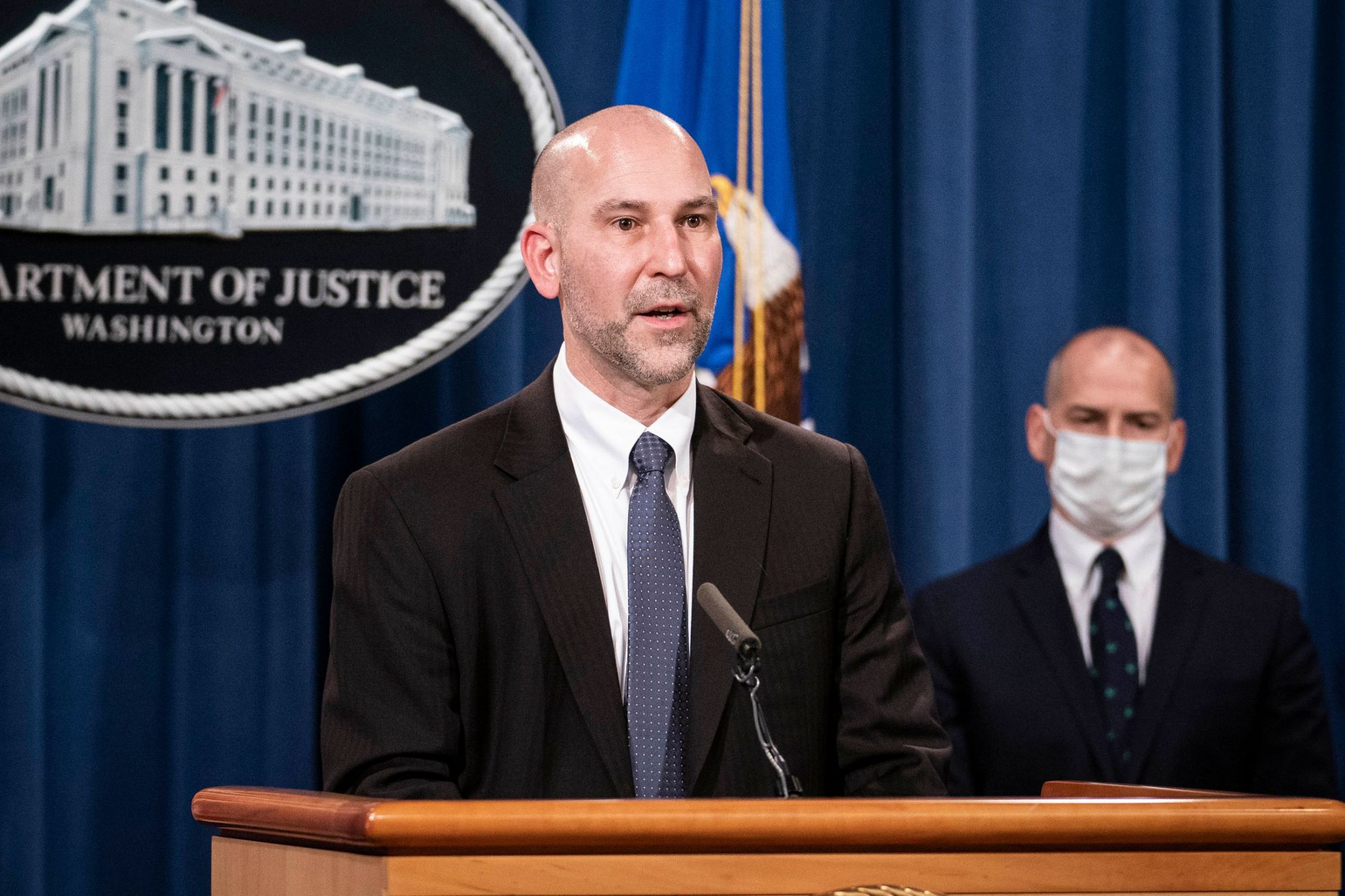 In their first public comments since a pro-Trump mob stormed the U.S. Capitol, officials from the FBI and the Department of Justice said hundreds of arrests were likely in connection with the Jan. 6 riot, in which five people died, including a police officer.

“In six days we have opened over 160 case files, and that’s just the tip of the iceberg,” Steven D’Antuono, FBI assistant director in charge of the Washington, D.C., field office, said at a Tuesday news conference. “The significance of this investigation is not lost on us. This is a 24/7, full-bore, extensive operation into what happened that day.”

“Since our call for tips, videos and pictures, we have received more than 100,000 pieces of digital media, which is absolutely fantastic,” D’Antuono said. “We are scouring every one for investigative and intelligence leads.”

D’Antuono asked the public to continue sending information about those who took part in the melee by calling 1-800-CALLFBI or submitting photos and videos to FBI.gov/uscapitol.

“I want to stress that the FBI has a long memory and a broad reach,” D’Antuono said, adding, “Agents from our offices will be knocking on your door if we found out that you were part of the criminal activity at the Capitol.”

Under fire over apparent lapses in preparedness for the chaos that followed President Trump’s Jan. 6 “Stop the Steal” rally in Washington, D’Antuono said the FBI had developed intelligence that some individuals were planning to travel to the D.C. area “with intentions to cause violence.”

D’Antuono cited the arrest of Proud Boys founder Enrique Tarrio the day before the rally as an example, and said the FBI had disrupted the travel plans of others around the country, preventing them from joining the mob in D.C.

But in light of Trump’s promotion of the rally for weeks in advance, and the fact that online activity surrounding it presaged violence, it was notable that neither FBI Director Christopher Wray nor acting Attorney General Jeffrey Rosen attended the press conference.

Acting U.S. Attorney Michael Sherwin represented the Justice Department, and said that the Capitol was now a “crime scene” and that the authorities had “thousands of potential witnesses” for what would turn out to be “hundreds of criminal cases.”

“The enormity of this investigation is going to take a lot of work and a lot of effort, and this is not going to be solved overnight,” Sherwin said, adding that the FBI and DOJ were “in it for the long haul.”

“We have already opened 170, more than 170 subject files,” Sherwin said, “meaning these individuals have been identified as potential persons that committed crimes on the Capitol grounds, inside and outside.”

Sherwin said that number would grow into the hundreds in the coming weeks and that the DOJ had filed charges in 70 of them so far and called the extent of the potential charges “mind-blowing.”

Sherwin noted that initial misdemeanor charges could be upgraded in the days ahead and that the DOJ will also focus its investigations on the assault of police officers and members of the media at the Capitol.

“We’re looking at significant felony charges tied to sedition and conspiracy,” he said, adding that his office had organized a “strike force” of senior prosecutors to “build seditious and conspiracy charges related to the most heinous acts that occurred in the Capitol.”

Those felony charges could carry a prison term of up to 20 years, Sherwin said.

“Regardless if it was just a trespass in the Capitol or if someone planted a pipe bomb,” Sherwin said, “you will be charged. You will be found.”

He said the bombs were disabled by Capitol Police.

“They were real devices, they had explosive igniters. They had timers. We don’t know exactly why they did not go off,” Sherwin said.

D’Antuono added that the FBI is offering a $50,000 reward for information leading to the arrest of the person who planted the bombs.