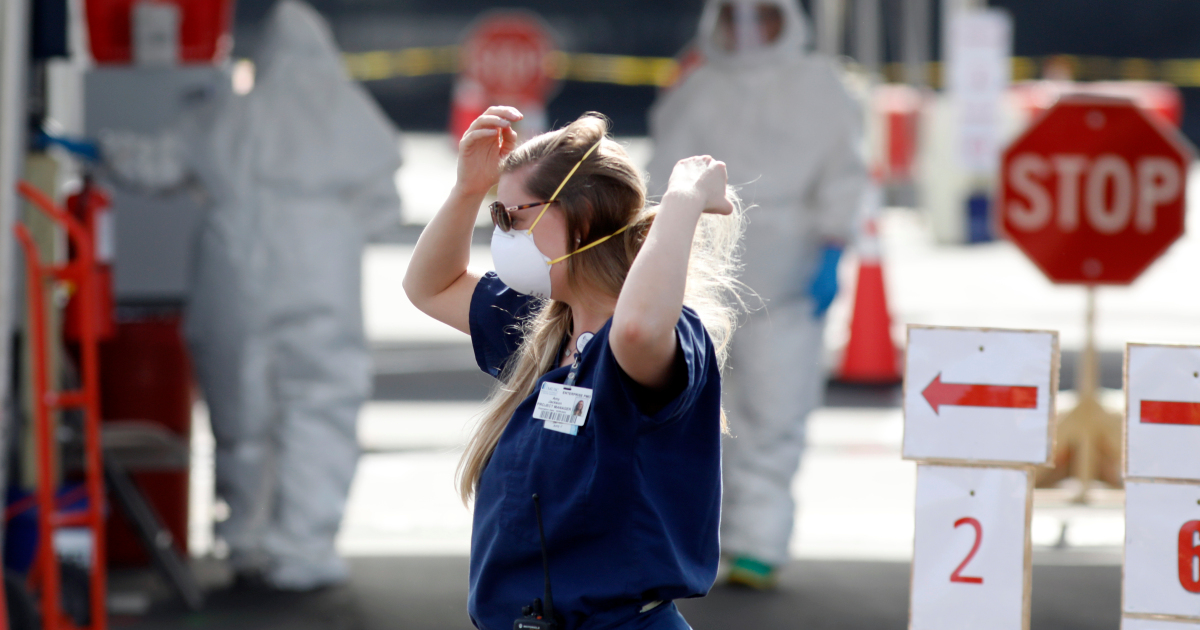 This is Usaid Siddiqui in Toronto. Here are the latest updates for Thursday, January 28:

President Joe Biden is having calls with both Republicans and Democrats in Congress to garner support for his proposed $1.9 trillion coronavirus relief bill, the White House said, adding it is not looking to split the aid package.

“We’re not looking to split the package. That is not a proposal from the White House,” White House press secretary Jen Psaki said.

Canadian provinces protested about a likely shortfall in deliveries of Pfizer Inc’s COVID-19 vaccine, but the federal government insisted the US drugmaker would live up to its commitments.

The exchanges underscore growing tensions over the slow rollout of Canada’s vaccination program caused in part by Pfizer cutting its promised deliveries for January and February.

Football: Cristiano Ronaldo under investigation over trip to Alps

Juventus forward Cristiano Ronaldo is being investigated by police for a potential breach of Italy’s coronavirus regulations after he allegedly travelled between Piedmont and Valle d’Aosta regions.

Valle d’Aosta police confirmed to the Reuters news agency on Thursday that a trip to the Alpine town of Courmayeur by Ronaldo and his girlfriend Georgina Rodriguez on Tuesday and Wednesday was under investigation.

Portugal to reintroduce border controls with Spain as cases surge

Portugal’s government announced it would reintroduce controls along its 1,200-km (750-mile) border with Spain as authorities scramble to control a surge in coronavirus infections and deaths.

Cabinet Affairs Minister Mariana Vieira da Silva also said Portuguese nationals would be banned from travelling to other countries by air, land or sea over the next 15 days, confirming an earlier announcement by the interior minister.

The Pentagon is evaluating a request from the Federal Emergency Management Agency (FEMA) to provide help in administering COVID-19 vaccines, a spokesman said.

On Monday, President Joe Biden said he believed it was possible to have 150 million doses of vaccine administered in his first 100 days in office.

“Given the significance of the request, it will be reviewed urgently but carefully to determine what DoD assets can safely be made available to support the effort,” Pentagon spokesman John Kirby said in a statement.

The vaccine will be given first to healthcare workers, the elderly and people with chronic diseases, state media cited him as saying, without giving details on the number of doses.

“More shipments will arrive from China, India and other countries,” he said on Thursday.

Inaugurating the campaign, King Mohammed was given the vaccine at his palace in Fez, the state news agency MAP said.

Morocco has received 2 million doses of AstraZeneca’s vaccine, manufactured by the Serum Institute of India, and 500,000 doses of a vaccine made by China’s Sinopharm.

Virus variant from South Africa detected in US for first time

A new coronavirus variant identified in South Africa has been found in the United States for the first time, with two cases diagnosed in South Carolina, state health officials said.

The two cases don’t appear to be connected, nor do the people have a history of recent travel, the South Carolina Department of Health and Environmental Control said.

“This means people who have been in or transited through these countries will be denied entry, except British, Irish and third country nationals with residence rights who must self-isolate for ten days at HOME,” he said on Twitter.

This means people who have been in or transited through these countries will be denied entry, except British, Irish and third country nationals with residence rights who must self-isolate for ten days at HOME. 2/3

The coronavirus crisis cost the global tourism sector $1.3 trillion in lost revenue in 2020 as the number of people travelling plunged, the UN said, calling it “the worst year in tourism history”.

Revenue lost last year amounted to “more than 11 times the loss recorded during the 2009 global economic crisis,” the Madrid-based World Tourism Organization said in a statement, warning that between 100 million and 120 million direct tourism jobs were at risk.

WHO team to visit Wuhan hospitals, labs and market

Scientists led by the World Health Organization (WHO) plan to visit hospitals, labs and markets in the Chinese central city of Wuhan to investigate the origins of the SARS-CoV-2 virus, the WHO said.

“Field visits will include the Wuhan Institute of Virology, Huanan market, Wuhan CDC laboratory,” the Geneva-based agency said in a tweet, adding that they would speak with some of the first COVID-19 patients in the outbreak that began in December 2019.

The team plans to visit hospitals, laboratories and markets. Field visits will include the Wuhan Institute of Virology, Huanan market, Wuhan CDC laboratory. They will speak with early responders and some of the first #COVID19 patients.https://t.co/Owd6GEBoAj

Moderna has warned Switzerland that its COVID-19 vaccine deliveries would be delayed, the Swiss health ministry said, leading to February shortfalls that the country expects the US company to make up in March.

The delays follow European supply issues with vaccine maker AstraZeneca, as well as Pfizer and its German partner BioNTech, as demand for COVID-19 shots is sky high but supplies remain tight and production limited.

New York may have undercounted COVID-19 deaths of nursing home residents by as much as 50 percent, the state’s attorney general said in a report.

“A lot of these homes reported that they did not the proper testing capabilities. The did not have enough PPE to protect residents,” she added.

Anyone visiting Tampa’s popular outdoor destinations for the Super Bowl will be required to wear a mask to help prevent the spread of the coronavirus.

Tampa Mayor Jane Castor signed an executive order Wednesday saying masks must be worn outside while downtown, in neighborhoods around Raymond James Stadium – where the Super Bowl will be held – and in other tourist hotspots.

Some 20-25 percent of Russians have virus antibodies – TASS

AstraZeneca and British Prime Minister Boris Johnson defended the effectiveness of the company’s Covid-19 vaccine after regulators in Germany said it should not be given to over-65s.

A spokesperson for the UK-based company said the latest clinical trial data for its vaccine, developed with Oxford University, “support efficacy in the over 65 years age group”.

The company is awaiting a decision from the EU’s medicines regulator, the spokesperson added.

French Health Minister Olivier Veran warned the public that mutations of the coronavirus were spreading rapidly on Thursday, as the country weighs introducing further measures to contain the pandemic.

“What we want to avoid is an epidemic within the epidemic,” Veran told the press, as France continued to report more than 20,000 new cases of the virus each day.

German jabs board not recommending AstraZeneca for older people

Germany’s vaccine commission said it could not recommend the use of AstraZeneca’s coronavirus vaccine for older people, the latest twist in a row over the jab that has put Britain and the EU on a collision course.

The panel of scientific experts, called STIKO, said the vaccine should only be used for “persons aged 18 to 65 years old based on available data”.

“There is currently insufficient data to assess the efficacy of the vaccine for persons aged 65 years and older,” said the panel.

Germany to ban certain travellers amid fears of virus variants

Germany is preparing entry bans for travellers from the UK, Portugal, Brazil and South Africa to limit the spread of the more contagious variants of the coronavirus raging in these countries, interior minister Horst Seehofer said on Thursday.

“To protect our population, there should be no entry from regions where these variants of the virus are rampant,” he said on the fringes of a virtual meeting with his EU counterparts.

One-third of Africa will be vaccinated this year: WHO

Africa can expect to see at least 30 percent of its population immunised against COVID-19 by the end of 2021, the WHO said on Thursday, as vaccines begin trickling into the continent.

It is estimated Africa will need 1.5 billion vaccine doses to immunise 60 percent of its 1.3 billion inhabitants, the threshold for herd immunity against COVID-19.

The US economy has shrunk by 3.5 percent as the COVID-19 pandemic shut down large sectors of business and daily life, according to government data released.

It was the biggest contraction of the world’s largest economy since 1946, the Commerce Department said.