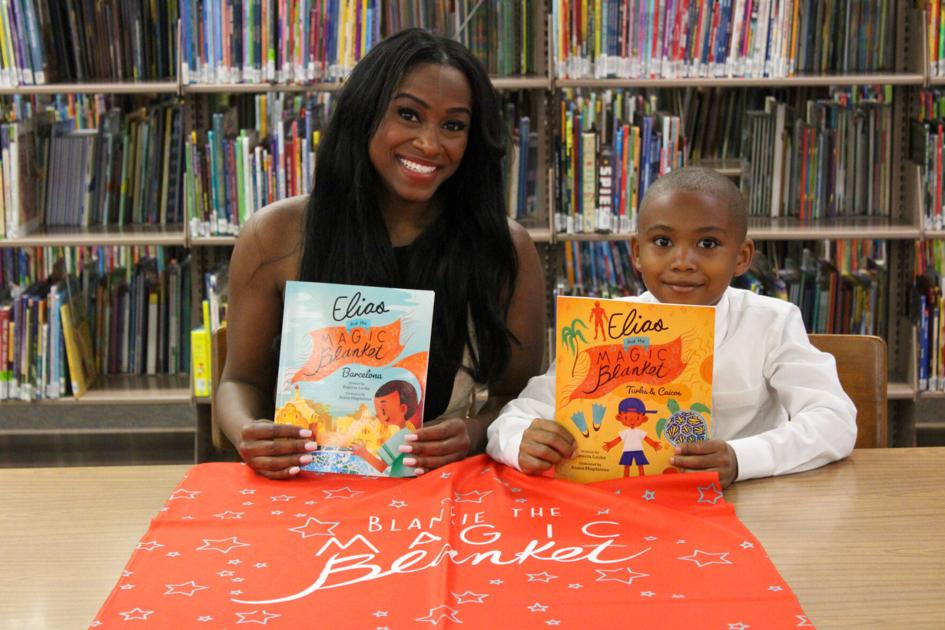 Locke, a former call center trainer, made the career switch to flight attendant for US Airways, now American Airlines, in 2013 when she was living in Atlanta. After being denied a promotion, a coworker suggested becoming a flight attendant to turn Locke’s love for travel into a full-time career.

Writing, however, has been in the picture for much longer. As a child, Locke said she would spend time making her own story books with hand-drawn illustrations and fake copyright symbols. Her grandmother, Loraine Jackson, was also a published writer and poet.

“It was just something I wanted to do,” said Locke, whose childhood book operation became the preface to her journey into self-publishing via Amazon and Ingram last year.

Locke was born in Cookeville, but her family relocated to Murfreesboro when she was in the fifth grade. She graduated from Blackman High School and attended the University of Memphis and Middle Tennessee State University. She lived in Georgia for a bit before returning to the ‘Boro in 2014.

She wrote two children’s travel books documenting her and her son’s trips overseas in a series called “Elias and the Magic Blanket.” She’s told the stories of their vacation to Barcelona in 2017 and their spontaneous trip to Turks and Caicos Islands in 2019 during her time away from work because of the pandemic.

“When I initially started, I thought it was going to be an easy process and quick and fast, but it’s not always like that,” said Locke. “I wanted to make sure I was doing everything properly. Even though I was doing it myself, I still wanted that guidance.”

Locke said Scholastic editor Amy Betz, who worked on “The Magic School Bus” book series, was a big help in guiding her through the revision process. Illustrator Alana Magdalene transformed some of Locke’s family vacation photos into bright, colorful illustrations that draw young readers into each story.

She said her son and his real-life “Blankie,” a baby blanket given to him at birth, were the inspirations for the storytelling to start.

“I mean it goes everywhere with us,” said Locke, who thought the blanket would make an excellent, magical travel companion. “It goes with us on our trips. He sleeps with it at night, and we’ve lost it a few times overseas and have had to find it.”

Lessons from a trip

She said the Turks and Caicos trip was one she and Elias look back on the most fondly. It was a spur-of-the-moment decision caused by a flat tire and a missed flight to the Dominican Republic that ended up being a lesson in generosity and flexibility.

After pulling over at a gas station, Locke said a couple of strangers helped change her tire before continuing their commute to work.

“Just starting off the trip, I thought that was just great. Just showing him the kindness of strangers. It showed him also that things happen,” said Locke. “Things don’t always go your way, but, you know, it may turn out better than you had originally planned.”

Those lessons are conveyed on the pages of the books through things as simple as trying new foods like conch fritters, activities like snorkeling, and even interacting with the locals of a different culture.

Locke said her curious little boy will “try anything once,” and that she encourages him to “give things a chance.”

At the back of each book is a trivia page, listing fun facts for parents and teachers to share with their children and students about each destination in question.

Although Elias will soon wrap up his kindergarten year at the Discovery School in Murfreesboro, Locke said she plans to continue working in travel time on school and holiday breaks.

The books have even made their way into the school’s kindergarten classrooms after Locke read the story via Zoom.

Elias’ kindergarten teacher Teresa McCarthy said that the kids “thought it was so cool” that their classmate had a book written about his travels.

“We loved it so much that we turned it into a project for all of kindergarten titled ‘The Magic Blanket Travels the World’. Each student chose a different country and learned about its culture, traditions, holidays, and customs. Then students shared what they learned by creating a visual, costume or work of art,” McCarthy wrote in an email.

The project is expected to become an annual tradition for the little ones.

Locke’s time off from American Airlines came to an end last month, and she’s back on board at her Washington, D.C.-based airline job, which takes her across the United States and the islands in the Caribbean Sea. When she’s away on flights, Elias stays with his grandmother, Debbie Locke.

She hopes to continue the series with books on their 2016 trip to Australia and their recent Spring Break getaway to Hawaii. She’d also like to see the series on television as a cartoon adaptation.

“I hope that young readers identify themselves with Elias. I hope it encourages them to travel because I think that they can see how much he learns when we do go to these different places,” said Locke. “I just want kids to travel and get to experience this big, beautiful world that we’re all a part of.”