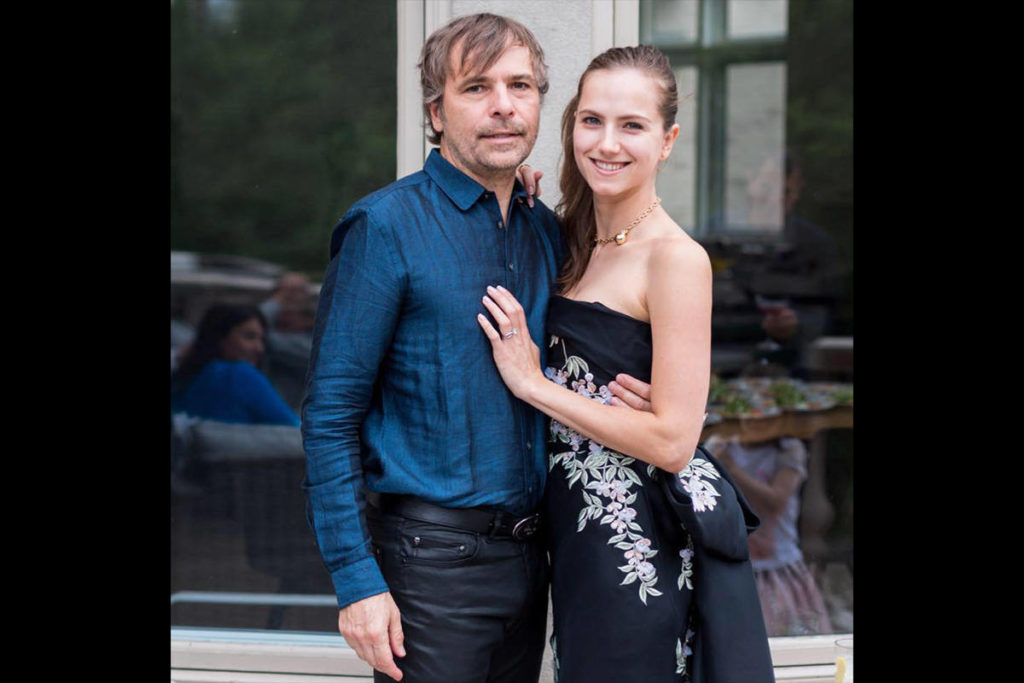 Two Vancouverites have been ticketed and charged under the Yukon’s Civil Emergency Measures Act for breaking isolation requirements in order to sneak into a vaccine clinic and receive Moderna vaccine doses in Beaver Creek.

Husband and wife Rodney Baker, 55, and Ekaterina Baker, 32, were ticketed and charged in Whitehorse on Jan. 21, 2021. The couple apparently travelled from Vancouver to Whitehorse, before chartering a private plane to Beaver Creek.

It’s alleged they then went to the vaccine clinic in Beaver Creek, where the mobile vaccine team was administering Moderna doses vaccines to the isolated community of around 100 people, including members of the White River First Nation (WRFN).

They then allegedly lied to officials at the clinic and represented themselves “in various ways” according to Community Services Minister John Streicker, whose portfolio includes CEMA. At the clinic they claimed to be workers at a local motel, he said.

Individuals living and working in the territory do not need Yukon ID to be vaccinated — the government had previously announced that health cards from other jurisdictions would be accepted if the individuals were residents of the territory.

The couple apparently raised suspicion at the clinic, because a tip was reported to the CEMA enforcement team after they received the shot. Officers first went to the Whitehorse airport but found that the charter had already landed. They then went to the place the two had listed as a quarantine location in their self-declaration but found they were not there. Upon returning to the airport officials found the couple preparing to leave Whitehorse and issued two charges each.

Both the Yukon Government and the leadership of the White River First Nation have expressed outrage over the scheme.

“We are deeply concerned by the actions of individuals who put our Elders and vulnerable people at risk to jump the line for selfish purposes,” said WRFN Chief Angela Demit, in a statement.

WRFN said they are also taking issue with the Yukon government. Janet Vander Meer, who leads the local COVID-19 Inter-Agency Team, said the nation feels deeply disrespected that they had to hear the story from local media — CBC North was the first to break the story — creating panic in the community that could have been avoided.

Streicker said they put the community at risk by breaking quarantine, disregarding the declaration they signed on their arrival and travelling to the remote community. He also questioned the logic of their deception — wondering how they thought they would receive the second dose.

“I’m very upset at the individuals — the couple — who did this. What they did was to mislead our officials and the community,” said Streicker on Friday.

He said the government has reported the incident to the RCMP.

The maximum penalty under CEMA is a $500 fine plus $75 surcharge, six months in jail, or both. Both individuals received two fines, one for failing to self-isolate and a second for failing to follow their signed declaration, adding up to $1,150 each.

Rodney Baker was the CEO of the Great Canadian Gaming Corporation (GCGC), a major owner of casinos and race tracks across Canada, until Jan. 25.

Baker resigned from GCGC on Jan. 25. His total annual compensation in 2019, according to the company’s public financial documents, was $10.6 million.

In response to a request for comment regarding the charges, company spokesperson Chuck Keeling said: “As a matter of policy, Great Canadian does not comment on personnel matters.”

“As a company, Great Canadian takes health and safety protocols extremely seriously, and our company strictly follows all directives and guidance issued by public health authorities in each jurisdiction where we operate. Our adherence to those directives is demonstrated by the fact that we have promptly suspended operations at our facilities whenever directed to by the authorities,” he continued.

“Our overriding focus as a company is doing everything we can to contribute to the containment of COVID-19,” concludes the email.

Ekaterina Baker is an actor who recently had roles in the 2020 Christmas film Fatman and the 2020 comedy Chick Fight.

In a March 23, 2020 post to her public Instagram account at the start of the pandemic, Ekaterina recorded herself with a notepad explaining reasons why she was staying home in quarantine.

“During this unique and tender time I stay home for: all the kids so they don’t have to say goodbye to their parents and grandparents too soon,” she wrote in the description of the social media post.

“I stay home to be part of the solution. Everyone, stay home. It’s the right thing to do,” she continued, adding that her father has diabetes and is vulnerable to the virus.

The News attempted to reach out to Ekaterina through her public social media account to ask about her trip to Beaver Creek, but she quickly made her account private. It has since been deleted. The News has also contacted Baker’s manager seeking comment.

The couple live in a condo in downtown Vancouver, according to their address listed on the ticket issued by CEMA enforcement officials.

Individuals charged under CEMA can challenge the charges in court and plead not-guilty, as with any other allegation. The charges have not been proven in court.

WRFN is asking for legal authorities to “pursue a more just punishment” than just the fines, in order to deter other individuals from doing the same thing.

“We implore all Canadians to respect the vaccination rollout process and to not take similar actions. While we understand many want to have a vaccination immediately, it is not appropriate to skirt the rules put in place and approach our community in this way. WRFN was selected for vaccines given our remoteness, elderly and high-risk population, as well as limited access to health care,” said Chief Angela Demit.

The Beaver Creek RCMP have confirmed they are investigating the incident.

Chief Medical Officer of Health Dr. Brendan Hanley spoke to the First Nation on Friday after the story became public, and assured the community that risk of transmission is “very low” in this case.

The First Nation said it will be implementing its own safety regulations for the second community vaccination.

Janet Vander Meer, who leads the local COVID-19 Inter-Agency Team, said Beaver Creek has been dealing with unique challenges as a border community. Despite being a very small community, she said transient people live and work around town, which may explain why the two individuals did not raise suspicion until after they received their Moderna shot.

Vander Meer, a member of WRFN, said the community is deeply upset about the incident. Many seniors in the community were among those vaccinated.

“We have been working solidly for 10 months to protect this community,” said Vander Meer.

Get local stories you won’t find anywhere else right to your inbox.
Sign up here