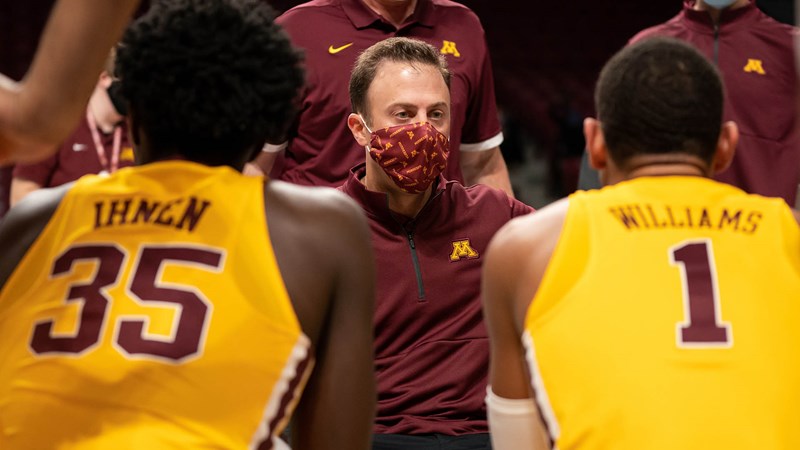 • Minnesota returns to Williams Arena confines Sunday when it hosts the No. 25 Ohio State Buckeyes at 4:30 p.m. Sunday’s contest marks the lone meeting between the two schools during the 2020-21 season.

• Minnesota is coming off a 71-59 loss to No. 6 Wisconsin Thursday.  The loss snapped a three-game win streak for the Gophers, including two wins over ranked Iowa and Michigan State, the first time the Gophers defeated back-to-back ranked opponents since 2010. Gabe Kalscheur led Minnesota with 15 points. Brandon Johnson and Liam Robbins each had 12 points and nine rebounds.

• Liam Robbins is averaging 2.6 blocked shots per game. That average tops the Big Ten and ranks 20th nationally. Against Wisconsin and Michigan State, Robbins had three each game. Overall, he averages 2.8 against league opponents. His season bests came against North Dakota and Kansas City when he had five, while his career-best came when he was at Drake with seven against Loyola Chicago.

• Minnesota is back in action on Jan. 6 when the Gophers travel to No. 16 Michigan.