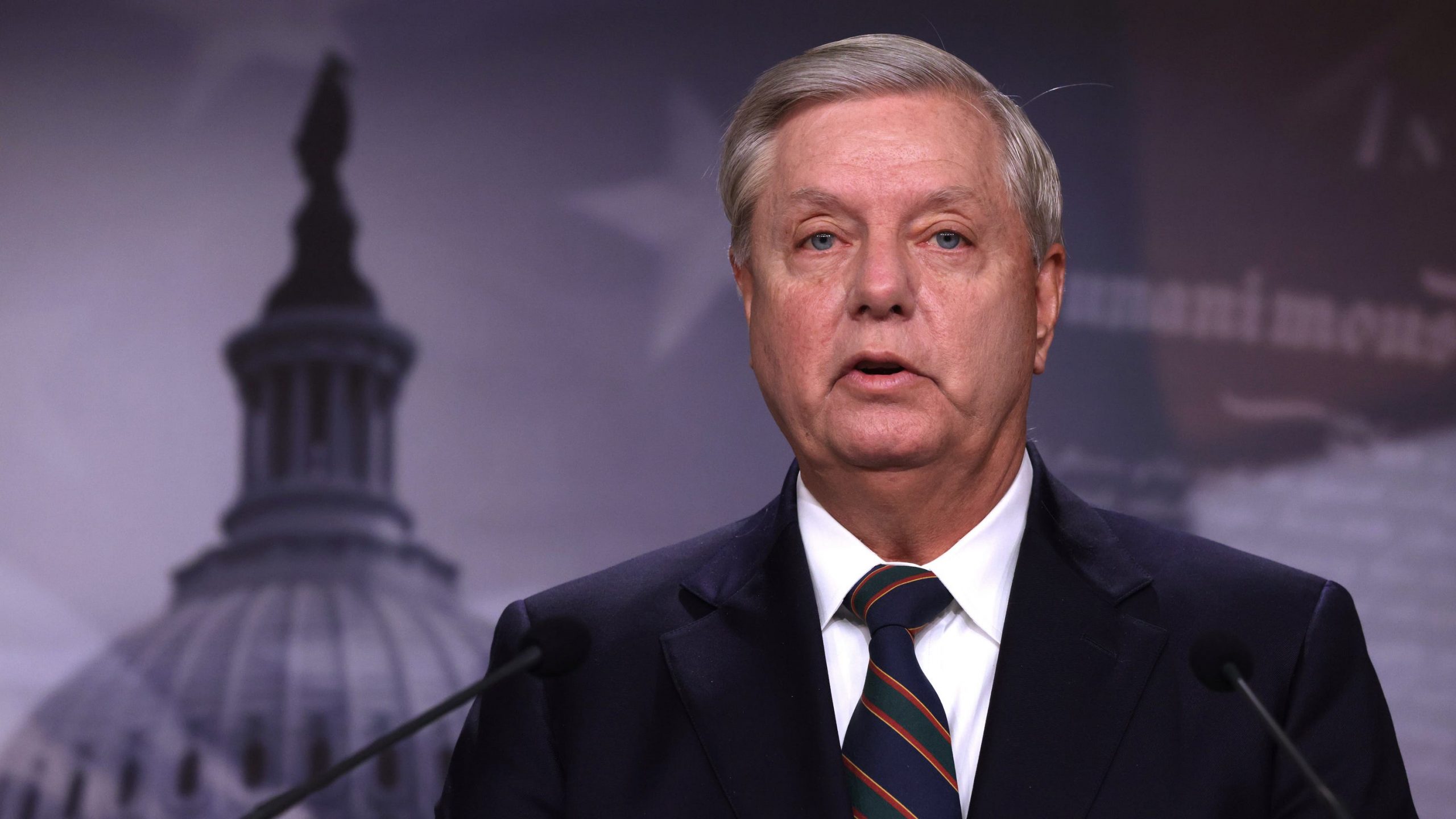 Joe Biden introduced a $1.9 trillion spending package that aims to speed distribution of the coronavirus vaccines and provide economic relief.

Biden aides: Threats won’t stop Joe Biden from taking the oath of office and getting to work

Aides to President-elect Joe Biden said Sunday they are aware of threats nationwide surrounding this week’s inauguration, but they won’t stop his plans to take the oath of office and get to work.

Incoming White House Chief of Staff Ron Klain, speaking on CNN, said he has confidence that the Secret Service, National Guard, and others can protect Washington, D.C., but “we are concerned, certainly, about these threats in other places.”

“We will have a team in place in the White House to monitor these actions going forward starting on 12:00 noon on Jan. 20,” Klain said during an interview on CNN’s “State of the Union.”

Less than two weeks after a mob of Trump supporters attacked the U.S. Capitol, officials in Washington are bracing for the inauguration with street closings, high fences and concrete barriers, and thousands of armed police officers and National Guard troops.

Kate Bedingfield, the incoming White House communications director, told ABC News’ “This Week” that “you only have to look at the chatter on social media to see that we are in a volatile time, and so we are making preparations.”

That said, she added, it is “our plan and our expectation” to have Biden take the oath of office outside on the west front of the Capitol.

After that, aides said, Biden has an agenda of items to move forward on. They ranged from having the United State rejoin the Paris climate change accord to new plans to fight the COVID-19 pandemic.

“We’re inheriting a huge mess here,” Klain said, referring in particular to problems with distributing COVID vaccines. “But we have a plan to fix it.”

Trump aide: Members of impeachment legal team (including Giuliani) yet to be determined

While Rudy Giuliani was at the White House on Saturday, an adviser to outgoing President Donald Trump said he has not selected members for his impeachment defense team.

Trump “has not yet made a determination as to which lawyer or law firm will represent him for the disgraceful attack on our Constitution and democracy, known as the ‘impeachment hoax,'” spokesman Hogan Gidley tweeted Sunday. “We will keep you informed.”

The House impeached Trump last week on charges of inciting the insurrection and attack on the U.S. Capitol on Jan. 6. The Senate is scheduled to try Trump later this year, even though he will be out of office.

Giuliani told ABC News he is working on Trump’s defense, though Gidley’s statement indicates that is not official – at least not yet.

President Donald Trump will be leaving office with a record low, yet historically stable approval rating, according to recent polls.

The findings come after Trump became the first president in American history to be impeached twice by Congress, a week after he told a large crowd of his supporters to march to the Capitol ahead of a deadly riot in which the mob stormed the building.

The recent polls underscore Trump’s tenure as one of the most polarizing figures in American history.

A new USA TODAY/ Suffolk University poll found Americans are worried about the health of the nation’s democracy. Seventy percent of respondents in that poll said American democracy was weaker than it was four years ago. Another 70% called the Capitol rioters “criminals,” though one in four felt the rioters “went too far, but they had a point.”

A recent CBS News poll found that 54% of Americans believed that the biggest threat to the American way of life was “other people in America,” highlighting high levels of distrust within the nation.

Divisions over Trump’s conduct and the legitimacy of the presidential election are also evident in the polls.

Sixty-six percent of respondents in the Post/ABC poll said Trump acted irresponsibly in the aftermath of the November election. Sixty-two percent believed that Joe Biden won the presidential election legitimately and that there was no solid evidence of widespread voter fraud in the election.

The Post/ABC poll also found persistent divides over not only the 2020 election, but also Trump’s win in 2016. Fifty-seven percent of respondents said Trump’s 2016 victory was legitimate versus 42% who said it was not.

It is likely these divides will persist. While 69% of voters overall would like to see the Republican Party chart a new path after Trump, 57% of Republican-leaning voters want Republican leaders to follow Trump’s lead, the Post/ABC poll found.

Sen. Lindsey Graham criticized President Donald Trump earlier this month over Trump’s efforts to overturn his election loss to Joe Biden, but that looks to be all behind him now.

“You’re the most important figure in the Republican Party,” the South Carolina Republican said to Trump during an interview broadcast Sunday on the Fox News program “Sunday Morning Futures.”

Continuing to directly address the president, Graham said, “You can shape the direction of the party. Keep your movement alive.”

Graham was a fierce critic of Trump early in the 2016 Republican primary but he grew to become one of his most ardent defenders in the Senate. After declaring, “enough is enough” following the Jan. 6 attack by a mob of Trump supporters inflamed by baseless claims of voter fraud, Graham’s comments Sunday largely reflected a return to form for the senator.

But he did have one warning for the soon-to-be-ex-president: Don’t pardon any of the rioters who invaded the Capitol.

“I think it would destroy President Trump,” Graham said, “and I hope we don’t go down that road.”

Demonstrating his fealty to Trump, Graham later released a letter to incoming Senate Majority Leader Charles Schumer, D-N.Y., requesting a dismissal of the impeachment case charging him with inciting the Capitol riot. Holding a Senate trial, he said, would delay “the healing of this great Nation.”

Schumer is not expected to grant the request, and several political analysts mocked Graham’s call for unity.

“You don’t get to whine about ‘healing’ now after you personally inflicted so many of the wounds,” tweeted historian Kevin Kruse.

WASHINGTON – The top House impeachment prosecutor said Sunday his team is developing a “trial plan” designed to detail President Donald Trump’s role in the Jan. 6 attack on the U.S. Capitol by his supporters.

Rep. Jamie Raskin, D-Md., told CNN the plan would be used during Trump’s Senate trial later this year. Raskin said he did not know exactly when the trial might take place, but noted that a conviction would bar Trump from holding future office and end any of his remaining presidential aspirations.

“This was the most serious presidential crime in the history of the United States of America,” Raskin said on “State of the Union.”

The House impeached Trump on charges of inciting an insurrection designed to intimidate lawmakers into reversing his election loss to Democrat Joe Biden. Ten Republicans voted for the impeachment of Trump as a result of the riot that left five people dead.

Raskin said Trump inspired the insurrection with his constant lies about widespread election fraud after Biden’s win, from a series of lawsuits to his fiery speech at a rally right before the invasion of the Capitol building.

House leaders have not delivered the impeachment article to the Senate, which is responsible for trying Trump even though he is out of office. Democrats will take political control of the Senate later this week.

Raskin is leading the House prosecution team in the wake of his son’s self-inflicted death.

The Maryland congressman told CNN he is inspired by the memory of his late son, as well as colleagues, aides, and workers who were threatened by the mob at the U.S. Capitol.

On Wednesday, the day Biden is inaugurated as president, his executive actions will include:

He will also enact orders that address the ramifications of the COVID-19 pandemic. As president, he will launch his “100 Day Masking Challenge,” which includes a mask mandate on federal property and inter-state travel. He will also extend nationwide restrictions on evictions and foreclosures.

On Biden’s second day in office, he will sign more executive actions addressing the pandemic that will “change the course of the COVID-19 crisis and safely re-open schools and businesses,” the transition team said. He will take actions that aim to mitigate the spread of the virus by expanding testing, protecting workers and establishing public health standards.

More: A Biden presidency could bring a wave of policy shifts. Here are the ones you likely care about.

On his third day in office, Biden will direct his Cabinet agencies to take immediate action to deliver economic relief to working families, though the transition team did not provide specifics.

Between Jan. 25 and Feb. 1, Biden will sign more executive actions, memoranda and issues additional Cabinet directives, including ones addressing equity and support in communities of color and underserved communities, and criminal justice system reforms.

Biden also plans to sign more executive actions addressing the climate crisis, in addition to taking his first steps to expand access to health care. And he will begin reuniting families separated at the border. As of December, 628 parents who were separated from their children at the border are still missing.