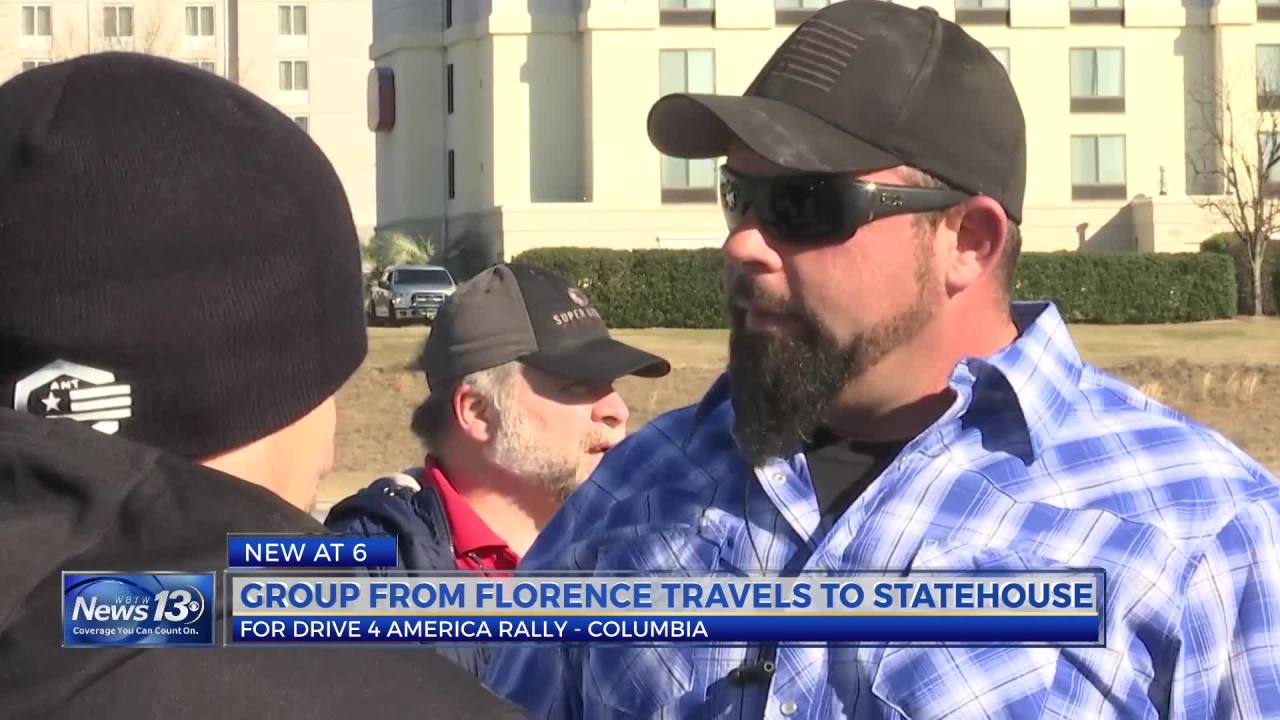 FLORENCE, S.C. (WBTW) – Shawn Laurie – aka The Veteran Guy – along with other Trump supporters gathered at the Florence Center Sunday morning and headed to the Capitol in Columbia.

Laurie said the event is called the Drive4America and the purpose of this rally is to raise awareness that he and others are being censored from popular social media pages because they support President Trump.

“We don’t think it’s fair, because if you’re going to let one group of people have their opinion then everybody should have their opinion and not just one group,” Laurie said. “So, our point is we want to show people that we’re here, we’re tired…we’re tired of being silenced and it’s all about love, peace, and unity and it’s not about hate.”

Steven Lowery is one of the Drive4America speakers and he traveled from Milledgeville, GA. He says the DC Capitol riot has no comparison to what the group is doing today.

“This is non-violent. There will be no violence. We will not tolerate it. This is not what this is about,” Lowery said. “It’s time to start condemning the violence and move on and bring this country back together, and for everybody to stop being red or blue and it’s time to be red, white, and blue again.”

Shawn Laurie agrees it is time for a change. “My message is clear. We want freedom of speech. We’re tired of being judged, that’s another thing. I’m tired of people judging me as a homophobic or a racist just because of who I support or where I stand. I’m an American patriot. I love my country and that’s it.”