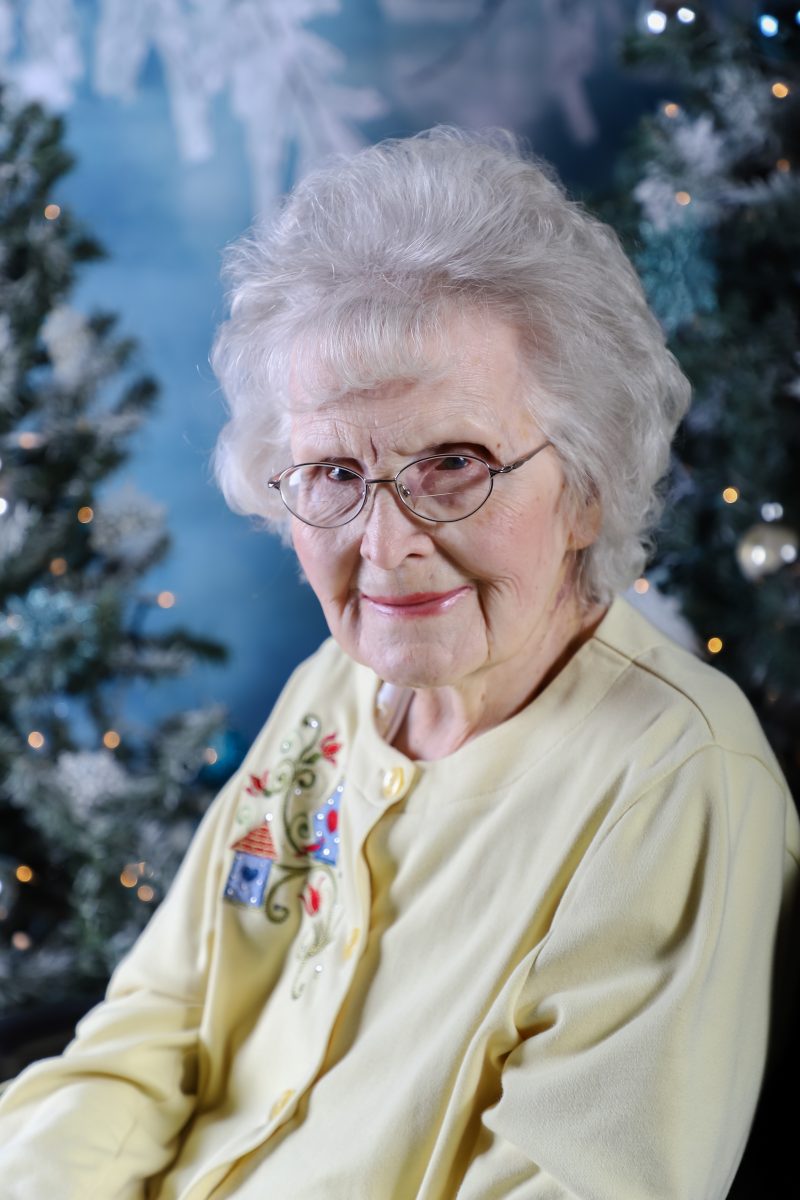 Hazel Moorman sang and danced her way into Heaven when she died peacefully on May 5, 2021 at the LakeWood Care Center in Baudette, where she had resided since 2018.

Hazel Alice Johnson was born near Rolla, North Dakota on December 30, 1919. She was the eldest of nine children born to Elvira and Charles Johnson. During her childhood, the family moved several times, often accompanied by her Uncle Ole and Aunt Lena. When Hazel was just two years old, she, along with her infant sister, Anna, moved to Minnesota. The women and children rode in a covered wagon during the long journey and at one point they were visited by bandits. Uncle Ole and Hazel’s papa Charlie were able to chase off the bandits by brandishing pitchforks!

Upon their arrival in Northern Minnesota, the Johnson family settled into the established Finnish community south of Graceton. Before Hazel began attending school at the Savala one-roomed-schoolhouse, her parents were careful to speak only Finnish at home around the children. They were determined to have the children learn to speak proper English from the school teacher. Because of their efforts, Hazel always had a keen grasp of the English language and spoke English without any grammatical errors or a Finnish accent. After completing grade school, Hazel went on to graduate from High School in Williams, MN. She then attended a nurses’ internship program in Duluth, MN.

Hazel married Clifford “Tip” Moorman of Baudette on May 17, 1941. At first the young couple lived in International Falls, MN, where Tip worked at the paper mill. Tip joined the Navy in 1943 to fight in World War II and Hazel wrote a letter to Tip every day during his time overseas, since postage was free for all letters to servicemen. During the war, the family moved back to Baudette. Tip and Hazel had three children, Dorothy, Joanne and Kenneth.

After all of her children were in school, Hazel began her career in pharmaceutical manufacturing at Rowell Laboratories. She worked at the plant in Baudette continuously from 1957 until she retired from Rowell Labs in 1985. She had many fond memories of her days working at Rowell’s. She especially enjoyed attending the Rowell Christmas parties where she would dance the night away and she often came home with a “Best Dancer” trophy.

Tip and Hazel always enjoyed visits from their family. Their daughters, sons-in-law and grandchildren often visited for months at a time during the summer. Her favorite summers included large family reunions when close to 100 extended family members crowded into the community for laughter, singing, picnics and dancing. Countless precious memories were made during these reunions. The Congregational Church in Baudette often hosted hilariously fun get-togethers for the family members, where Hazel’s Finnish heritage was a common topic that was both joked about and proudly commemorated.

Throughout her life, Hazel was an accomplished gardener and she enjoyed spending the long summer evenings canning the bounty of her vegetable gardens and making sauces from her apple trees. Her flower beds were magnificent, gleaning frequent acclaim from visitors and local community members. Along with gardening and canning, Hazel was an amazing self-taught seamstress who made beautiful clothes for her children and others. She also was proficient at reupholstering furniture.

One of Hazel’s lifelong dreams was to travel abroad and visit the homeland of her ancestors in Finland.  This dream was fulfilled when her daughter, Joanne, and son-in-law, Bob took her on an extensive tour of Finland and several other European countries.

Hazel was an active member of the Congregational Church in Baudette. Here she sang in the choir, and was a long-time Sunday School teacher. She was a devoted member of the Women’s Fellowship and spent many holidays preparing the church basement for large fellowship gatherings and festivities.

Hazel’s cheerful attitude was an inspiration to her family and friends.  She prided herself on being an early health food advocate, perhaps helping her to live an extremely ailment-free life. Most family members received more than a few scoldings for many of their unhealthy lifestyle choices.

As a retiree, she volunteered for many years at the community food shelf, packing and distributing boxes of food for the needy. She had compassion for those less fortunate in our community and she continued her church and volunteer activities well into her 90s.