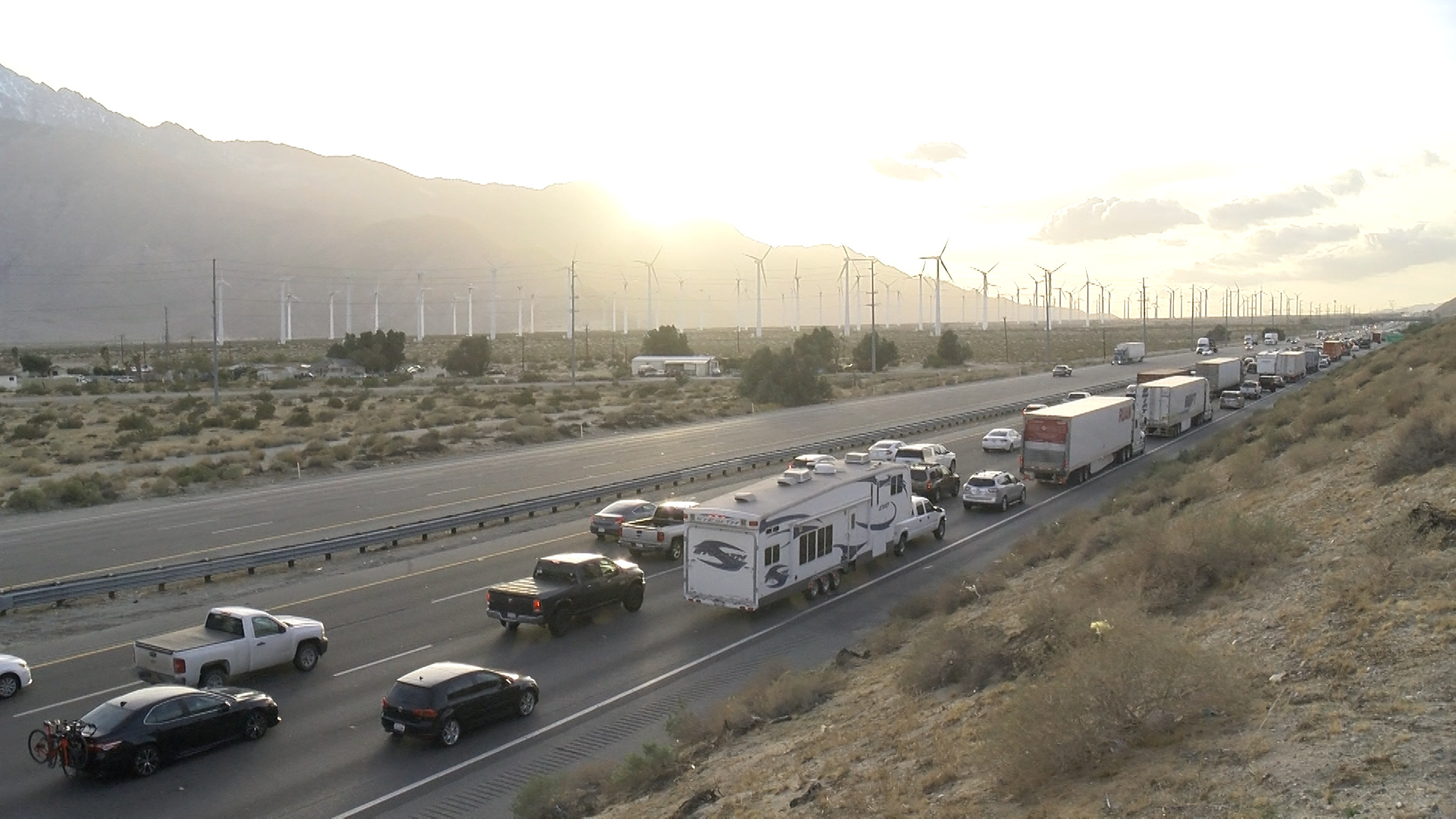 Thousands of motorists ended an extended Presidents’ Day weekend Monday snarled in an hours-long traffic jam that backed up for miles along Interstate 10.

Strong winds picked up along the I-10 corridor as a high wind warning went into effect for the Coachella Valley at 4 p.m., lasting through Tuesday at 10 a.m.

As travelers made their way west on the interstate, many reported a slowdown for miles moving toward Los Angeles. Traffic was building near the exit for Indian Canyon Drive.

“Headed back into L.A. the traffic is just tremendously heavy,” said A.G. Kawamura. “I was surprised; I thought it must be an accident but I’m hearing it’s nothing more than people coming back from the weekend or going out for the weekend.”

Kawamura, who lives in Indian Wells, said the weekend felt significantly stronger for businesses. “It’s finally a good thing that we’re seeing people get out and hopefully we move past this pandemic,” he said.

Francis Alba and a group of models drove in for the long holiday weekend from Los Angeles. “We’re just doing a photo shoot. We’re in town; what we’ve been seeing there’s a lot of people,” he said.

Deterred from being stuck in the slowdown, they avoided returning home Monday night. “It was barely moving out there,” Alba said.

As the high winds picked up into the evening, drivers grew more concerned about their impact on the commute. “The winds can be really heavy and just makes for dangerous travel conditions,” Kawamura said.

Drivers braced against an already strenuous night of travel.

“If you’re a tall vehicle you gotta be really, really careful. It’s pretty windy out there, kind of crazy. Just stay safe and if you have a chance not to drive, just don’t,” Alba said.

Traffic conditions improved on the I-10 later in the night, though the high winds were expected to continue through Tuesday morning.