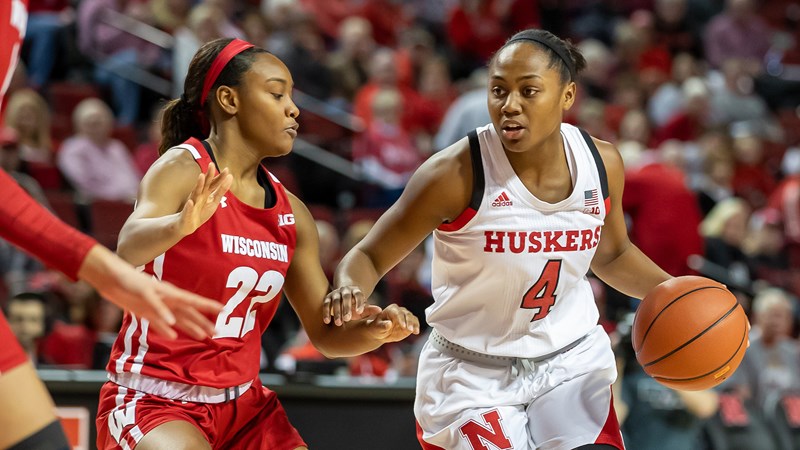 
Lincoln – The Nebraska women’s basketball team has set the tip time for its next home game against Wisconsin at Pinnacle Bank Arena on Thursday, Jan. 28 at 7 p.m.

The announcement was made on Friday, Jan. 22, following preliminary TV designations made by the Big Ten Network for women’s basketball games through Feb. 4. A live video stream of Nebraska’s game against Wisconsin will be available to subscribers of Big Ten Network Plus.

Nebraska’s road game at Penn State (Thursday, Feb. 4) was not chosen for distribution by the Big Ten Network. A tip time for that game is expected soon, and a video stream of the game will be available to Big Ten Network Plus subscribers.

The Huskers will be back in action on Monday, Jan. 25, when they travel to Urbana-Champaign to battle Illinois. Tip-off with the Fighting Illini is set for 7 p.m. with a live telecast by the Big Ten Network.