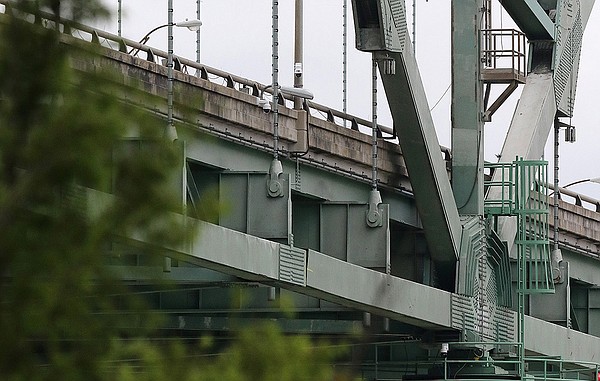 After the covid-19 pandemic ruined many Memorial Day plans last year, people are expected to take their first vacations in months, if not a year, next weekend.

But as many travelers seek to get away, they should expect heavy traffic near the Mississippi River crossing at Memphis, depending on the time of day, thanks to the closure of the Interstate 40 Hernando de Soto Bridge.

A fracture in the span was discovered during a routine inspection May 11, and the bridge has been closed since. With no reopening in sight, motorists have only way across the river at Memphis — Interstate 55.

“We know there’s a lot of pent-up demand for travel right now, so some people may be expanding their Memorial Day holiday just because it’s the first time they can, or may feel comfortable, getting back out,” said Nick Chabarria, a spokesman for the American Automobile Association.

AAA expects there to be a 52% increase in automobile traffic for May 27-31 in Arkansas, Louisiana, Oklahoma and Texas as compared with last year, totaling 3.6 million travelers.

Nationwide, AAA expects 34.4 million drivers on the road, a 52.4% increase from last year, with Thursday and Friday being the busiest travel days of the weekend, Chabarria said.

“We expect plenty of cars on the road and certainly around Arkansas and Tennessee. There, you know, we advise drivers to expect some delays around the bridge closure and on detours,” Chabarria said.

The main detour for drivers traveling from Arkansas into Memphis is I-55, which crosses the Mississippi River just south of the heart of downtown. But as the I-55 bridge has become the lone river crossing in the Memphis area, traffic on and around the bridge has become congested.

Traffic near the I-55 bridge has been so congested at times that it backed up onto roads through neighboring West Memphis and Marion, said Bud Spears, the director of emergency management for Crittenden County.

Ambulances in Crittenden County, which often transport patients to Memphis for care, are being rerouted to hospitals in the county or even as far as Jonesboro, approximately 65 miles north, Spears said

Spears said the short trip from West Memphis over the bridge to Memphis can now take up to 55 minutes in an ambulance.

“Even for an ambulance running lights and sirens, there’s no guarantee they’re going to cross the bridge in 45 minutes,” Spears said.

In one instance last week, a shooting occurred on the I-55 bridge and paramedics struggled to get the victim off the bridge because of the traffic, said West Memphis Mayor Marco McClendon.

The predicament has city officials thinking creatively. McClendon wants to secure funding to buy special ATVs that can weave through traffic on the bridge to carry injured people to emergency personnel waiting at the end of the bridge.

Travel times over the bridge can differ depending on the time of day and the direction. Traffic is lightest in the early morning or late evening and is worse heading toward Tennessee from Arkansas, Spears said.

“Certain times of the day — the bridge — it takes forever to get to Memphis, and it’s really congested if someone breaks down or there’s an accident on the one bridge we can rely on,” said Emily Scarbrough, executive director of the West Memphis Chamber of Commerce. “But coming back to West Memphis, it’s not as bad.”

Many West Memphis commuters have opted to stay home. Scarbrough said those who do brave the bridge do so early in the morning or late in the evening to avoid congestion.

While there is no precise time when traffic starts, drivers looking to avoid it should attempt to cross the I-55 bridge before 7 a.m. or after 7 p.m., Scarbrough and Spears said.

The congestion has been a mixed bag for West Memphis businesses. Some have been hurt by the congestion, others are doing OK. While some drivers traveling east leave I-40 and use other crossings over the Mississippi River, Scarbrough said some of the truck stops in West Memphis along I-40 are still doing well.

“I know our truck stops are getting pretty good traffic. Our tourist destinations, I’m not quite sure,” Scarbrough said.

The fracture in the I-40 bridge has been traced back to at least 2019 by the Arkansas Department of Transportation when it was missed by inspectors during an annual review, but photos from onlookers show the crack as far back as 2016.

The fracture on the nearly 50-year-old bridge developed along a 900-foot-long steel support beam likely because of “metal fatigue” from decades of supporting traffic, experts said last week.

A week after the crack was discovered the state Transportation Department fired the leader of the inspection team that missed the crack in 2019 and 2020.

Arkansas and Tennessee officials — which share responsibility for maintenance of the bridge — have been unable to provide a concrete timeline for its reopening, saying only that it could take several months.

Aside from I-55, drivers can take alternate routes over the Mississippi River, albeit well out of the way to Memphis. The next-closest bridge is on U.S. 49 near Helena-West Helena about 75 miles south. There’s also a crossing well north into Missouri across the I-155 bridge near Dyersburg, Tenn.

Still, local government and business officials, as well as mapping software, suggest that the fastest route to or from Memphis is I-55, despite the congestion.

“I know Helena is having their own traffic problems with people doing that,” Spears said. “So I would probably just be diverting our problem to someone else.”

Most advice for Memorial Day weekend travelers is to leave early and plan ahead.

“This has been going on for quite some time now. We know there’s been a lot of coverage on the closures,” Chabarria said. “So we hope that people and travelers are planning ahead right, I mean certainly leaving that extra time in their travel schedule.”

Information for this article was contributed by Bill Bowden of the Arkansas Democrat-Gazette. 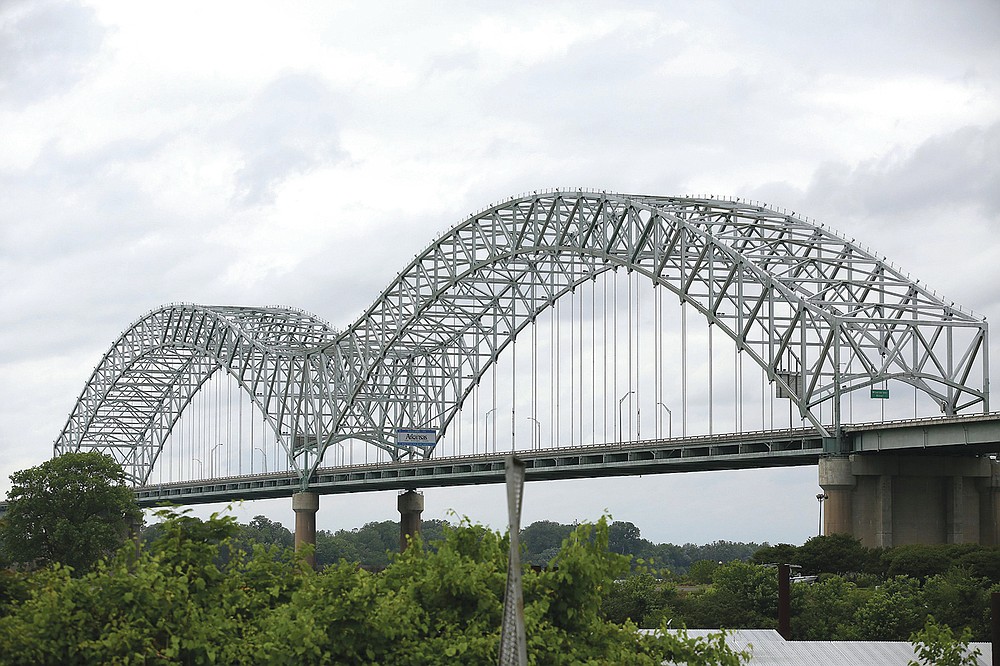 The I-40 Hernando de Soto Bridge crossing the Mississippi River connecting Arkansas and Tennessee on Tuesday, May 18, 2021. The bridge has been closed since inspectors found a fracture in the bridge. (Arkansas Democrat-Gazette/Thomas Metthe) 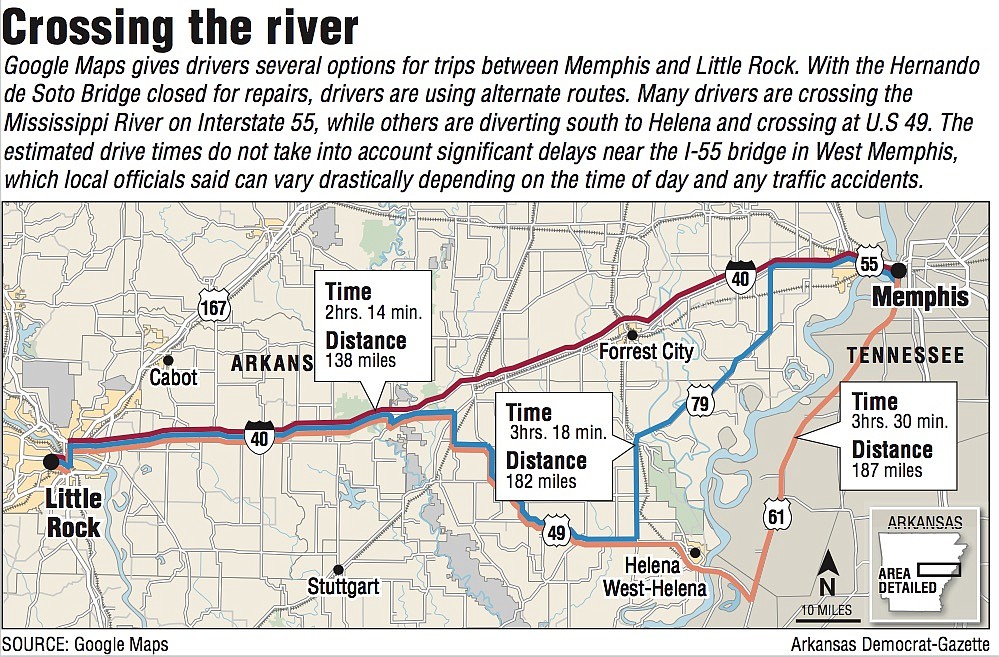 A map showing routes across the Mississippi River.