Most flights out of DFW International Airport and Dallas Love Field were canceled for the second day in a row with frigid temperatures and snowy roads wrecking air travel across Texas and the surrounding regions.

Fort Worth-based American Airlines canceled about 371 flights at DFW International Airport, its primary hub responsible for funneling most of its traffic through the central United States. That nearly matches the 386 flights it scratched on Sunday.

In all, American canceled more than 907 flights systemwide as the winter storm gripped all of Texas and Oklahoma, said spokeswoman Gianna Urgo. 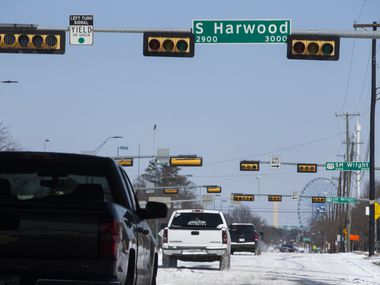 With below-freezing temperatures until at least Friday and lows in the single digits Monday night in North Texas, it’s unclear when conditions will improve enough to resume major flight operations, let alone improve enough to allow people to get to and from the airport.

The Federal Aviation Administration lifted its ground stop at DFW International Airport Monday morning, but there were still about 30-minute flight delays, even though only a handful of planes were arriving and departing.

It wasn’t much better nationwide, where airlines canceled about 3,200 flights on Monday, according to Flightaware.com.

In addition to Texas and Oklahoma, airports in St. Louis, Nashville and Memphis faced widespread cancellations, with those backups trickling down to major hubs in Atlanta, Chicago and elsewhere.

At Dallas Love Field, Southwest Airlines canceled all flights until Monday afternoon to give time for runways and nearby roads to clear, said spokeswoman Brandy King. The airline ran a “thinned” schedule for the rest of the day. It operated one flight Monday morning to Chicago’s O’Hare Airport, a new addition to its network.

Rolling power outages had no impact on either of the major air hubs Monday. DFW Airport runs its own power generation plant. Perry said the city-owned airport has emergency generators for “life safety on the airfield and in the terminal.” 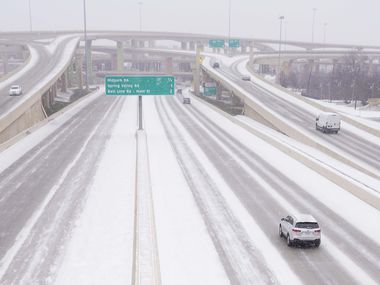