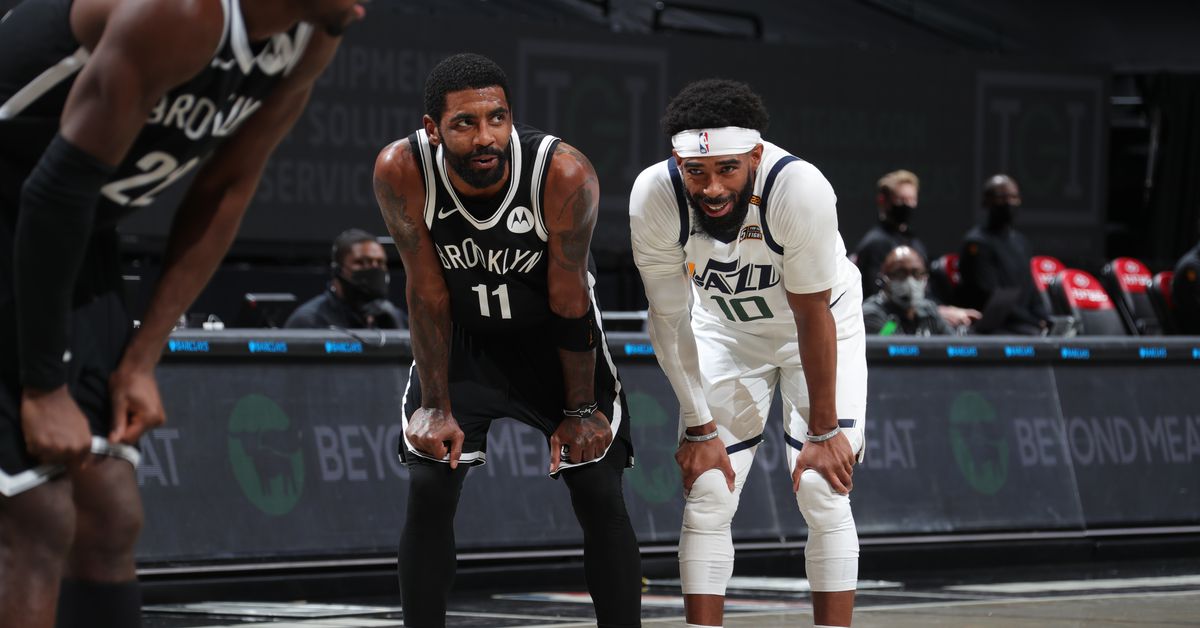 UPDATE: Jan. 7, 10:40 p.m. — Irving will not travel with the team to Memphis for Friday’s game vs. the Grizzlies, The Athletic reported after Thursday’s game.

Kyrie Irving is not expected to join the Nets on their flight to Memphis tonight, per a source. ‘He’s not coming’ is what I was told. BKN plays the Grizzlies Friday @TheAthleticNBA

Brooklyn Nets PG Kyrie Irving has been ruled out for Thursday’s game vs. the Philadelphia 76ers due to personal reasons, the team announced. Irving was the last superstar standing for the Nets with Kevin Durant out due to quarantine. So the Nets will be down Irving, KD and Spencer Dinwiddie for their matchup against Philly at home. We saw the Nets mix up their starting lineup quite a bit with KD sidelined last game vs. the Utah Jazz. We’ll see how much different it is this time around.

Update: The Nets are sticking with a similar starting lineup as Tuesday. Caris LeVert, Bruce Brown, Taurean Prince, Jeff Green and Jarrett Allen will start. So Joe Harris and TLC will come off the bench again. I can’t imagine with Kyrie and KD sidelined now that Steve Nash won’t give Harris and TLC some more run off the bench. Chiozza I think will play a decent amount as well.

Durant (health and safety protocols) – OUT

LeVert is the chalk for the slate now. It’s his team with Irving and KD sidelined, so he’ll have the ball in his hands for most of the night. Expect pretty high ownership given that we got the news before tip-off at 7:30 p.m. ET on TNT. Depending on how the starting lineup shakes out, most of the players mentioned above are strong plays. TLC and Harris should get looks from outside. Allen would be a very appealing tournament option if he ends up starting.

One of my favorite sleeper picks on the Nets for this slate is Chris Chiozza ($3,000) at min-price on DraftKings. Last week when the Nets sat both Durant and Irving, Chiozza ended up playing 27 minutes, scoring 14 points with 4 assists. He was sort of a black hole but that isn’t a bad thing in DFS — it means he’s going to chuck when he’s on the court. I’d look at Chiozza as a GPP play and wouldn’t even feel bad about him in cash games if you want to fit in a wacky top-heavy build.

The line on DraftKings Sportsbook was Sixers -1 and that number is now Sixers -4. I imagine it will only go up, possibly peaking around 5-6 points in favor of Philly. The Sixers may be without Seth Curry, but that’s the only major injury. Philly is coming off a win last night but has also won five in a row and has a ton of momentum. I wouldn’t underestimate this Nets team. If the line gets above 5-6 points, taking Brooklyn and the points may be the way to go. I’ve said before, it’s not a bad idea to see how the Nets come out and live bet the game.