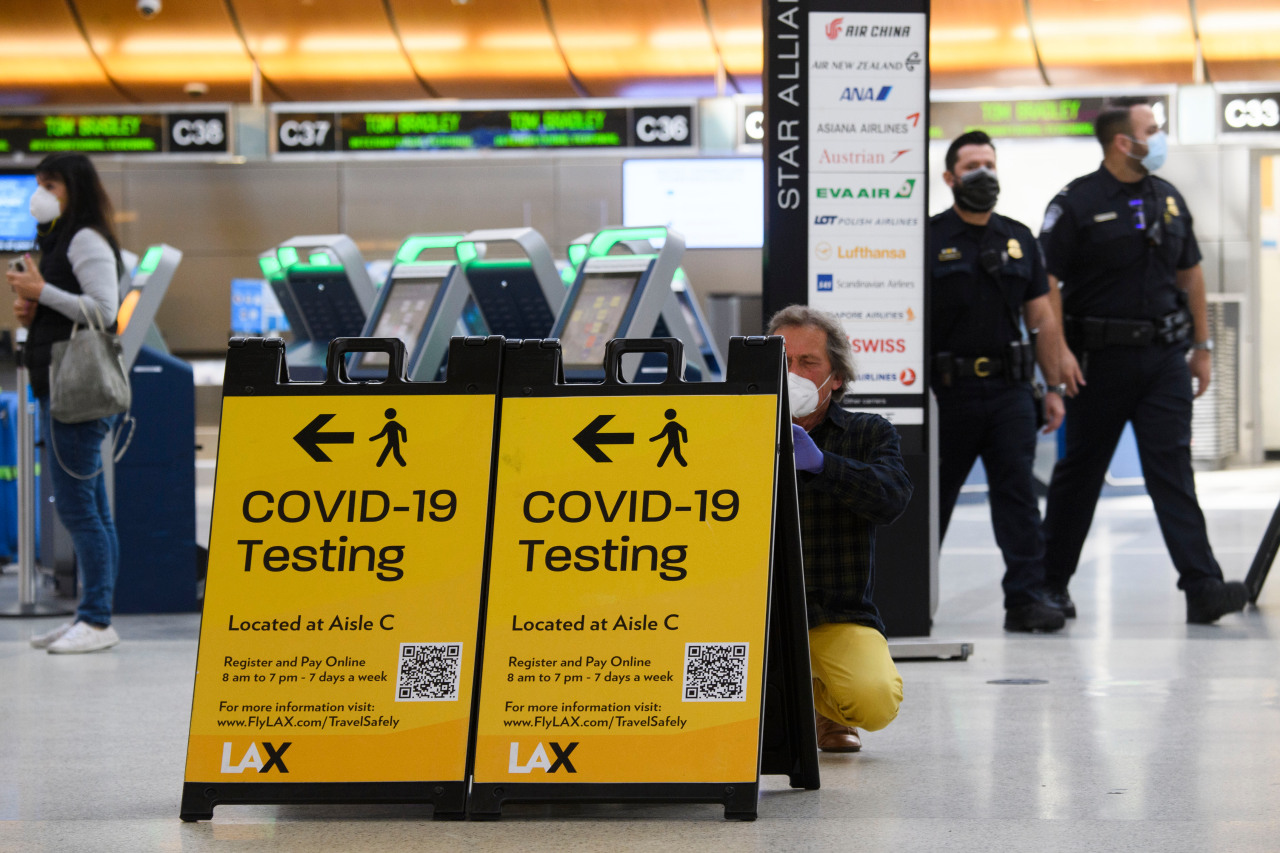 Los Angeles County on Tuesday recorded another five cases of the coronavirus variant first detected in the United Kingdom, bringing the total to eight as officials step up calls for residents to avoid travel.

The variant, B.1.1.7, has alarmed local officials because it is more easily transmissible, but health experts believe the current vaccines will likely work against it.

Still, the fast-spreading virus mutation raised concerns about another infection spike in California, which is only just beginning to mark improvements after a devastating post-holiday coronavirus surge.

Statewide, 159 cases of the U.K. variant have been detected — a disproportionate number of them in Southern California, Gov. Gavin Newsom said in a Tuesday news conference.

But these aren’t the only mutations raising alarms.

There have been more than 1,200 cases of two different kinds of “West Coast variants,” Newsom said.

And while the state has not yet found a case of the South African coronavirus variant, “that doesn’t mean it’s not here,” L.A. County Health Director Barbara Ferrer said in a Monday news conference.

“There’s no way that we don’t have a fair amount of variants circulating,” she said. “It’s just a question of how much and does it become dominant.”

Ferrer said that though it’s unlikely L.A. County’s latest surge was due to the U.K. variant, it’s possible there were mutations that were circulating that could have been slightly more infectious.

“We know that at least 50% of our samples have shown that ‘California variant’ and I think some of the private researchers have also shown a lot of that,” Ferrer said, adding that more research needs to be done.

L.A. County Department of Public Health officials on Tuesday told residents to avoid unessential travel, saying it could increase the risk of further spreading the virus and its mutations.

“COVID-19 surged after Thanksgiving and Christmas travel in November and December. The more people travel, the more interactions they have with individuals outside of their household, the greater the risk of getting and spreading COVID-19,” the health department wrote. “Shared transportation, including travel by air, bus, or rail, can not only put travelers at risk but also all members of the community if infected travelers spread COVID-19 to others after returning to Los Angeles County.”

L.A. County still has a travel advisory that requires anyone arriving in the county to self-quarantine for 10 days.

Ferrer said making sure the U.K. variant doesn’t turn into the dominant strain “means really doubling down even more than we did before.”

“People see that we’re doing some reopenings, people see that our rates are declining, but we have this more infectious virus,” she said. “It just makes it easier for people to get infected so we’ve got to actually do more than we might have been doing.”

Viruses are constantly changing, and the coronavirus is no exception.

Scientists use genomic sequencing to decode the genes and find new variants, though in the U.S., this is being done to an extremely limited number of coronavirus samples.

The B.1.1.7 variant, which has a mutation in the receptor binding domain of virus’ spike protein, has been found in dozens of states, with 932 cases recorded nationwide, according to data from the Centers for Disease Control and Prevention.

“The modeled trajectory of this variant in the U.S. exhibits rapid growth in early 2021, becoming the predominant variant in March,” the CDC says.

As she has for months, L.A. County’s health director urged residents to follow public health guidelines to avoid catching the coronavirus.

“We are only weeks away from reducing transmission in L.A. County to a level where elementary schools will be allowed by the state to offer in-class instruction, provided they adhere to all State and County directives… Please do your part to continue to slow the spread so that our recovery journey does not suffer a setback,” Ferrer said in a Tuesday statement.