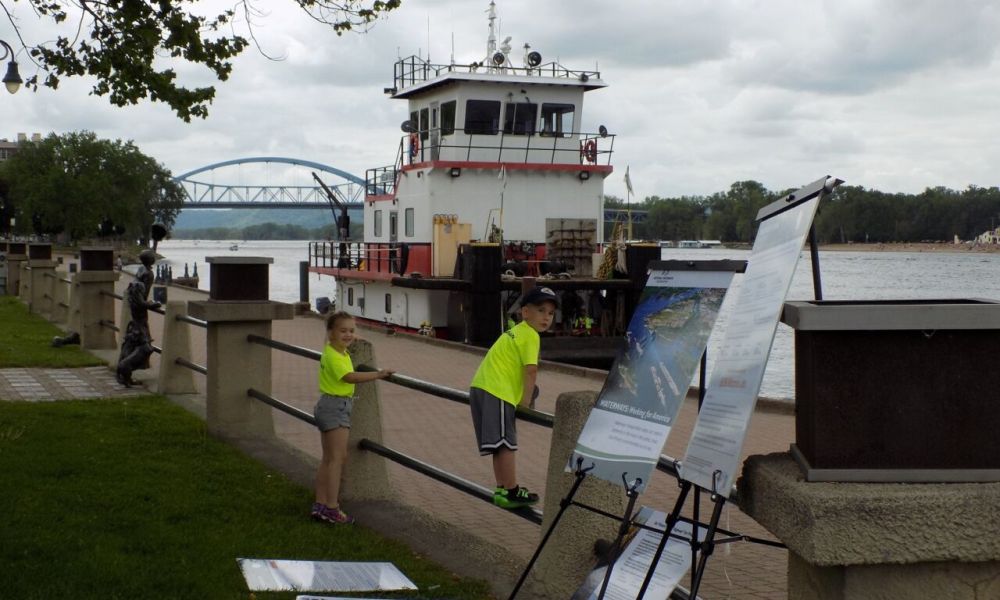 The largest port city on the west coast of Wisconsin takes time to celebrate the people who make a living on the water, including on the Mississippi River.

The Navy League of La Crosse and City Hall took part in a brief ceremony Saturday, to recognize National Maritime Day, always observed on May 22nd.

The Merchant Marine has been a pillar in this country’s foundation of prosperity and security. They power the world’s largest economy and strengthen our ties with trading partners around the world, all while supporting our military forces by shipping troops and supplies wherever they need to go.

La Crosse Mayor Mitch Reynolds issued a proclamation in honor of Maritime Day, accompanied by local members of the Navy League, along the Riverside Park levee where the local tugboat Megan McB was moored. The mayor said the large passenger boats are scheduled to return to La Crosse for the season in July.

Local Navy League president Sam Burkhardt says the COVID-19 pandemic has not slowed down the area river trade. He says although some barge workers did get sick with the virus, COVID did not spread among the workers.